The animal was enlisted as an endangered species.

The animal was enlisted as an endangered species.

PIC: The giraffes in transit on a lorry for their first time. (Credit: Titus Kakembo)

In 2010, the estimated number of the Rothschild's giraffe was less than 670 individuals left in the wild. And Murchison Falls National Park had 250 of them.

The animal was enlisted as an endangered species, prompting Uganda Wildlife Authority (UWA) to partner with Giraffe Conservation Foundation (GCF) to react.

"The on-going translocation of more of more than 20 of them from the northern bank to the southern bank is part of the effort undertaken to boost their multiplication and reduce the isolation." 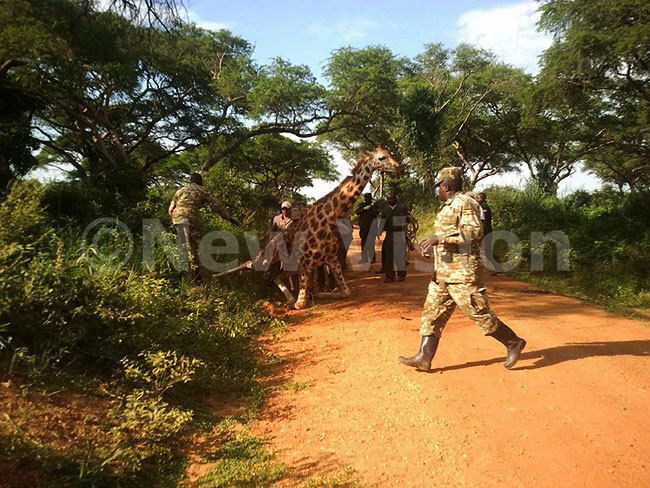 The cumbersome capture of a giraffe takes skill and courage. (Credit: Titus Kakembo)

The slow and challenging translocation is in progress and two of them are destined to Uganda Wildlife Education Center (UWEC) in Entebbe. There is an army of rangers, veterinary staff, university students and GCF in the capture and transporting.

The transportation is both on road and on water.

In Uganda giraffes are found in Lake Mburo National Park, Kidepo Valley National Park and Murchison Falls National Park. Translocating them is for ecological purposes and to widen their rangeland in the wilderness. 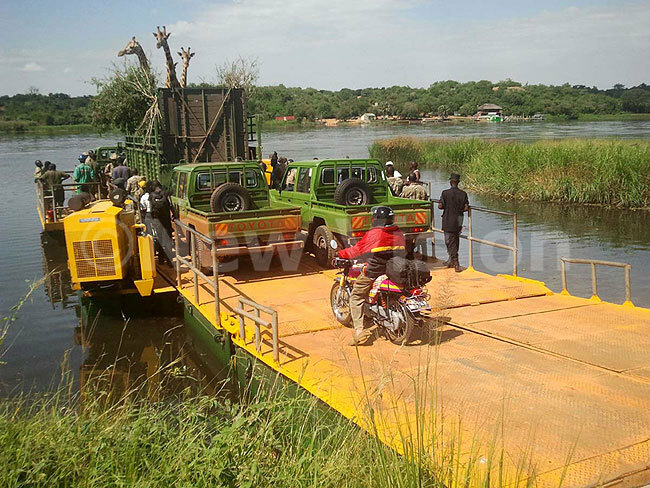 A tourist on a safari drive said he was there to see the giraffe in its natural habitat.

"The Nubian giraffe (Rothschild) represents a unique genetic lineage that should be afforded the highest priority for conservation of giraffe biodiversity," said Mariam Kyomugisha, a vet at Murchison Park.

"You will find the animals fascinating with their long tongues besides dropping their babies two meters down when giving birth."

Their staple food is acacia tree leaves of which they eat more than 30kg daily.

The Ministry of Defence