Is Mickie Wine now fighting Bobi's music b...
Next Story

He says he has already released a new club banger Dancehall single.

He says he has already released a new club banger Dancehall single.

PIC: Toniks at backstage at the Young Achievers Awards 2017 at Serena in Kampala. (Credit: Allan Toniks)

It has been two years since musician Allan Ampaire commonly known as Allan Toniks last hit the music scenes. However the latest news indicates that he has made a comeback with sole music projects as well as collabos.

Early 2015 after releasing Mulamwa hit song, Toniks went off the music scene and sections of the media reported that his music talent had started fading away. However he says he had just taken a "break to re-correct" his management as well as categories of music to record.

However, of recent, Toniks has been performing at some gigs around Kampala, with the latest being the Young Achievers Awards 2017 at Serena Hotel in Kampala, and the Roast and Rhyme.

He says he has already released a new club banger Dancehall single titled She Likes to Dance which he says is one of the songs that will receive massive air play not only in Uganda but also other parts of East Africa.

"I am soon travelling to Jamaica to shoot the video for the new song. Soon it will be out and you shall see the new Toniks, "he said confidently, adding that he has changed everything, including his management.

Years ago, he was being managed by a one Shadrack but currently he has taken up the Earth Strong record label.

During an exclusive interview with New Vision in Kampala, the Tukyekole hit maker says the he has recorded several songs with The Goodlyfe Crew's Radio and Weasel.

Although he couldn't divulge the details, Toniks said he also recorded a song with Dr. Jose Chameleone. 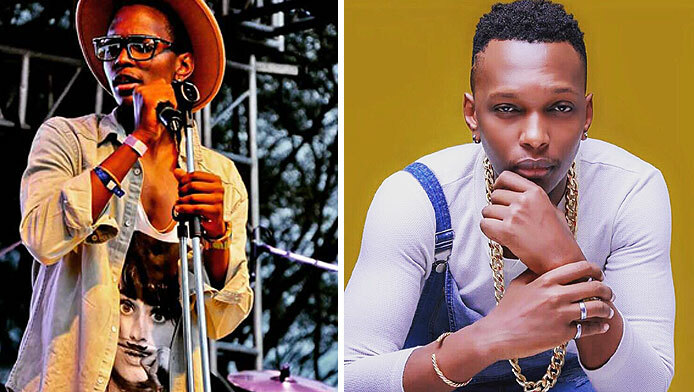 "Unlike previously when most of my songs were in the R&B category, I have now come back with songs recorded in R&B as well as Dancehall. Africans naturally like Dancehall and that's why Jamaicans have a lot of market in Africa," he said.

When asked to comment on the current music industry in Uganda in relation to tabloid news, Toniks said many bloggers and tabloid writers in most cases publish false stories about musicians and this has tarnished the reputation of some of the musicians in question.

Last month, Toniks conducted a fan appreciation month campaign that would see him give out various goods to lucky fans every week for a one-month period.

He says it was aimed at appreciating all the fans that have helped him throughout his music career and that in this campaign, about eight people were given various goods such as watches, perfumes among other goods.

"I couldn't take my fans for granted. They have been supported me by following me on social media, requesting for my songs on radios, etc," he said.

Born in 1987 in Mbarara Municipality, to Edward Berinda and Josephine Berinda, Toniks started singing at school where he also learnt how to play the guitar.

He attended various schools including Mbarara Preparatory School, Kings College Budo as well as Ntare School. He is said to have graduated from Makerere University Business School with a Bachelors' Degree in International Business.

Toniks spent most of his childhood years in THE wards of Booma, Kamukuzi and Nyamitanga. He first hit the musical scene in 2008 with his first song Beera Nange. Since then he has sung hits such as Nzewuwo, Swag meter, Ningyenda Yoona, Tukyekole among others.

He has won a number awards like Pearl of Africa Music Awards (2008), Namibian Music Awards song of the year (in 2011). He has received several nominations such as MAMA awards listeners choice in 2008 and Buzz Teenies` Awards Best RnB artist.

Kurji cruises on in Kenya