With simple irrigation, you can grow crops...
Next Story

“Vegetables can fetch a lot of money, if a farmer looks after them properly."

“Vegetables can fetch a lot of money, if a farmer looks after them properly."

Matugga, Buwambo, Semuto, Kapeka, Nakaseke and Kiwoko in Luwero district (central) produce most of the vegetables that feed Kampala and Wakiso districts.

A lot of the produce is also exported to Sudan.

"At the moment, we export six to eight trucks of vegetables to Juba every week," says Badru Kyeyune, one of the leading tomato farmers in Gomba in Wakiso.

The exports to the Sudanese market are complemented by deliveries to the local markets like Kalerwe.

According to Kyeyune, a box of tomatoes is sold at sh350, 000. Currently the price of vegetables across the city has shot up due to scarcity. A small basin of tomatoes cost sh10, 000, up from sh6, 000 in May.

"Vegetables can fetch a lot of money if a farmer looks after them properly," he says. No other crop gives residents of these areas as much money as vegetables.

In the last few months, Kyeyune has been carrying out a campaign among fellow tomato and vegetable growers to boost their knowledge about the vegetables trade to improve yields.

"I have trained hundreds of farmers free of charge in Gomba and my efforts are bearing fruits,"he says.

For many years, the area has been growing vegetables, but not to such levels. 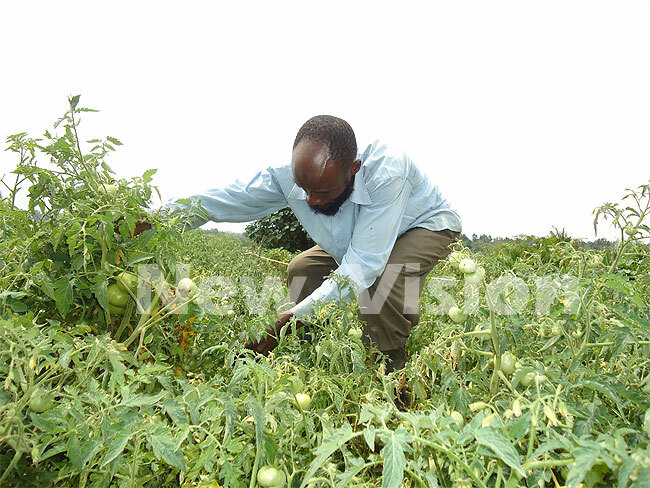 Recently, Kyeyune started using a two-acre vegetable field in Kassaga along the road from Kapeeka to Nakaseke. The farm is now blossoming with various vegetables.

"I am using it as a demonstration farm where I teach farmers better vegetable growing methods," he says.

The farm comprises of an acre of tomatoes, cabbages, green pepper and onions. The vegetables are so appealing that many passersby takes a second look, he boasts.

At the demonstration vegetable farm, every bit of required agronomics is employed to ensure maximum yields are archieved. Kyeyune gained his experience from many years of practicing horticulture and trainings in vegetable growing.

"I encourage vegetable farmers to come and learn vegetable growing as a business," he adds. Kyeyune says he chose the size of the farm because that is the average land holding in the area. 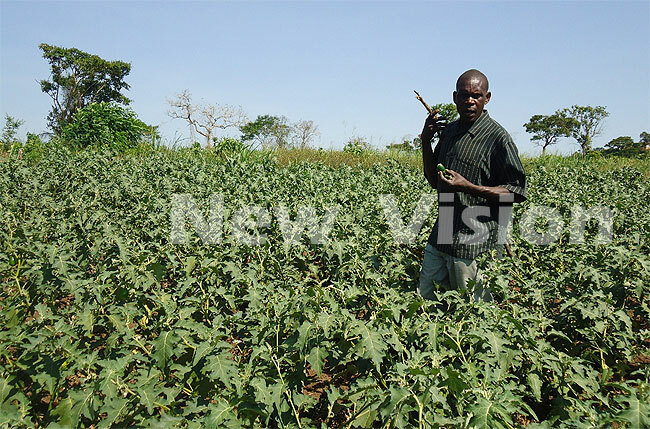 Kyeyune and his farmers grow hybrid varieties like Assail.

However, depending on which variety a farmer grows, he/she is assured of at least 250 boxes after a cycle of harvest.

Certainly, this is no mean earning for three months' work.

During last year's harvest, five farmers with an average land of at least two to three acres bought pick-up trucks from tomato and other vegetable sales.

"We are not meeting our market demand at the moment. We want more farmers to join and grow hybrids," says Kyeyune.

He adds that one of the reasons many farmers are not earning enough from tomatoes and other vegetables is because they do not grow hybrids.

Many farmers grow open pollinated varieties, claiming they are cheaper, but they are not yielding enough, he explains.

Comparatively, while hybrids like Assail yield 250 boxes of tomatoes and can be harvested for a longer period, pollinated varieties yield less than 100 boxes because the harvest is shorter.

Hybrids have better resistance and adaptation to stress, while pollinated varieties die off quickly.

For example, Assail is resistant to the common and dangerous tomato yellow leaf curl virus. which is responsible for the destruction of tomatoes across the country.

"Kyeyune gave us better skills in growing tomatoes and last season, I managed to buy a motorbike from just half an acre," says Alex Kavuma, a farmer.​

Plans for a new railway good, but...

Plans for a new railway good, but....

Plans for a new railway good, but....

With simple irrigation, you can grow crops all year round

Serwadda: The bodaboda rider who landed in a pineapple gold...

With simple irrigation, you can grow crops all year round...