What it takes to recover from a stroke
Next Story

President Buhari has been in London since May 7 to receive treatment for an undisclosed ailment.

President Buhari has been in London since May 7 to receive treatment for an undisclosed ailment.

Nigerian President Muhammadu Buhari's 100-day-long overseas medical trip is stoking tensions in the country, as calls grow for him to either return or resign.

Buhari, a northern Muslim, has been in London since May 7 to receive treatment for an undisclosed ailment, appointing Vice President Yemi Osinbajo, a southern Christian, to act on his behalf.

There have been series of rallies in Abuja since August 7 over the long absence of the 74-year-old retired general who led a military regime in the 1980s.

On Tuesday, singer and media personality Charles Oputa, known as "Charly Boy", led a modest rally of around a dozen of his followers into the city's sprawling Wuse market.

They were attacked by traders from the president's own Hausa ethnic group, pelted with stones and chased out of the market -- leaving behind Oputa's BMW convertible in the chaos. 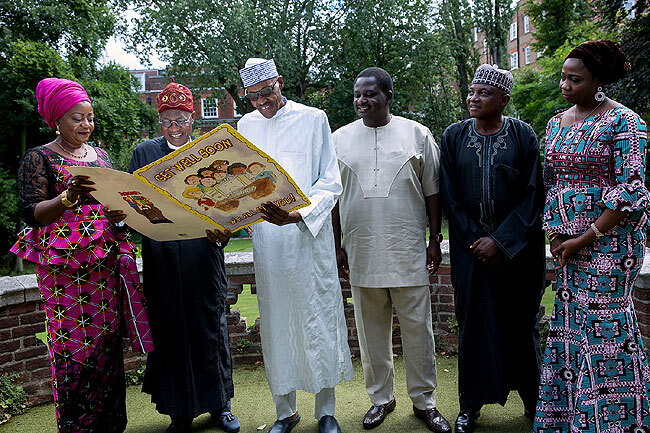 The clash highlighted the divisions plaguing the nation of 190 million, with many in the northern Hausa community fiercely protective of their president's medical absence while many southern people like Oputa are openly critical of their absentee leader.

It also laid bare the fragile divide between the majority Muslim north and the predominantly Christian south that characterises Nigeria and underpins the country's fractious politics.

The carefully orchestrated rotation of political power in Nigeria is seen as a balancing force between the north and the south.

"With this tension in the country he's not supposed to come to the market," said immigration police officer D. Etsu who left the area after the incident for his own safety.

"They can do anything, these boys, they can kill him and burn his car," added a bystander who declined to be named.

Just ahead of his visit to Wuse, Oputa said the president's absence was testing the public's patience. 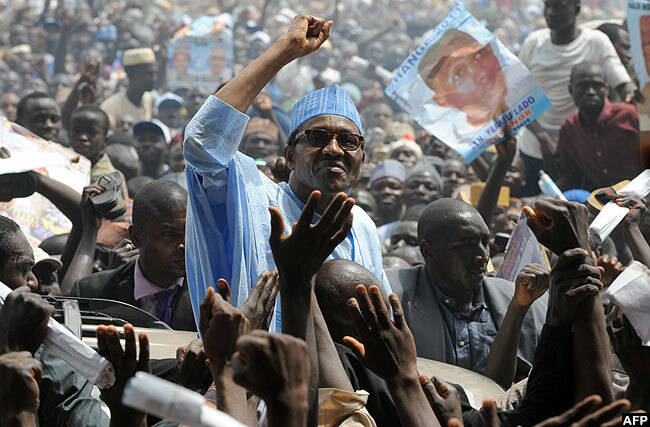 "How long can he be missing? That's why we are saying return or resign," he told AFP, wearing a black and white bandana and motorcycle leathers. "Give it to someone who can do the work."

But away from Hausa-dominated areas like the marketplace, Oputa has drawn adoring crowds and a committed following for his daily vigils against the president at Abuja's Unity Fountain which are now entering their third week.

Until Tuesday's clash the media had been the main battleground for the debate around Buhari's absence.

The local press has been alive with comment pieces, some calling for the president to step down and others accusing his critics of treason.

Some commentators have even speculated that Buhari died during his convalescence in London, a fact they believe is being covered up by the authorities.

And on social media #ReturnOrResign has punctuated discussions about the future of the country.

One news site has a digital counter showing how long Buhari has been out of the country, reaching 100 days on Wednesday. 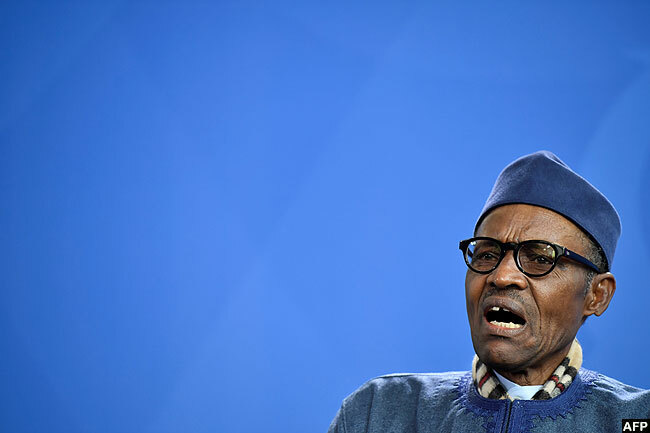 Two organisers approached by AFP insisted the contingent was not sponsored by the government.

"The constitution allows Mr President to go out and seek medical attention," said 36-year-old Adeshina Luckman of the Conference of Patriotic Nigerians. "As far as we are concerned, there's no vacuum."

Amaka Anthony, 43, a teacher, said the president's absence had "not made much difference".

"There are those who represent him who should be able to handle it," she said.

She might be right. The acting president's peace talks with armed fighters in the Niger delta have helped halt attacks on oil infrastructure, lifting output and boosting government coffers.

Last week, Buhari published a photo of himself with top aides at the Nigerian diplomatic residence in London receiving an oversized get well card.

"I feel I could go home," he said in a statement. "But the doctors are in charge. I've now learnt to obey orders, rather than be obeyed."

Some Nigerians remain sceptical about the president's behaviour.

"Back in 2010 when our former president, the late Umaru Musa Yar'Adua, was sick... Buhari was among those who clamoured for him to resign," said Samuel, a 25-year-old business consultant based in Lagos.

"That's hypocrisy if you ask me."

Volleyball boss checks out of elections