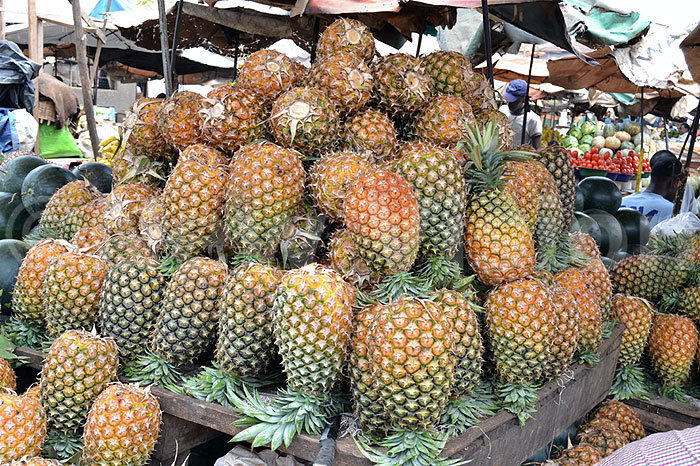 For the past three weeks, single father Medi Kizito has found it very costly to purchase his favourite fruit, the pineapple.

Kato, who shops at Nakasero Market, says that a large pineapple that previously cost sh3,000 has now shot up to between sh3,500 and sh4,000.

The small pineapple that cost sh1,500 a month back now goes for sh2,000-sh2,500. This change in price is also evident in other markets such as Nakawa, Owino, Kibuye and Kalerwe.

Denis Mubiru, a trader of pineapples in Nakawa market, attributes the higher prices to pineapples being off-season.

He, however, notes that the trend is likely to change in about two weeks.

"We expect full supply from almost all producing areas in Uganda, that is, Mukono, Masaka and Mubende.

For pumpkin lovers, however, Sarah Kimera, who sells pumpkins at Kalerwe Market, says the fruit is expected to remain off-season for the rest of the year.