Rwanda fly in ahead of Saturday's CHAN qua...
Next Story

Uganda Cranes give themselves a good chance of making it to the finals after a convincing win over Amavubi Stars of Rwanda.

Uganda Cranes give themselves a good chance of making it to the finals after a convincing win over Amavubi Stars of Rwanda.

KITENDE - It was another goal fest as Uganda stuck out one leg into the 2018 African Nations Championship (CHAN) finals after a 3-0 third round first-leg home win over Rwanda on Saturday.

Make that eight goals in two successive international games for Uganda Cranes, having beaten South Sudan 5-1 in an earlier qualifier in this edition of the same competition.

And it was a perfect start for coaches Moses Basena and Fred Kajoba in their first competitive game in full charge, following the departure of predecessor Milutin Sredojević (Micho), who made his way back to South African top-flight side Orlando Pirates.

Muzamiru Mutyaba got Uganda off to a galloping start from the spot in the 15th minute, before striking again 11 minutes later at a filled St. Mary's Stadium in Kitende.

A grey sky emphasized the mood of gloom and doom that hang over the visitors as Derrick Nsibambi stretched Uganda's lead 13 minutes into the second half with the eventual winning goal.

The final whistle by the Burundian referee Pacifique Ndabihawenimana was met by celebrations from the home crowd and team alike. But the jubilation that stood out most conspicuously was by coaches Basena and Kajoba who lept and punched fists in the air to mark a successful start at the helm. 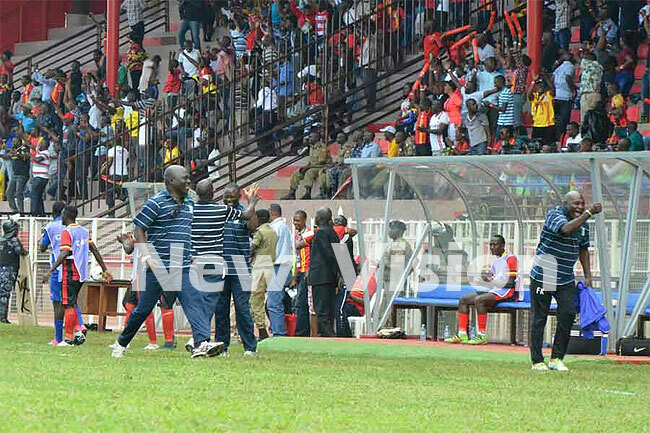 Serbian tactician Micho's exit after his last game in charge, against South Sudan in Kampala, got many local fans wondering what next for the Cranes. But the answer was not far. In fact, it was right on Micho's bench.

Uganda's football governing body FUFA offered the Serb's assistants a chance to steer the wheel in the interim.

And with only a handful of games offered to prove that they deserve full control of the national team, coaches Basena and Kajoba will have been delighted to hit the ground running with their very first test. 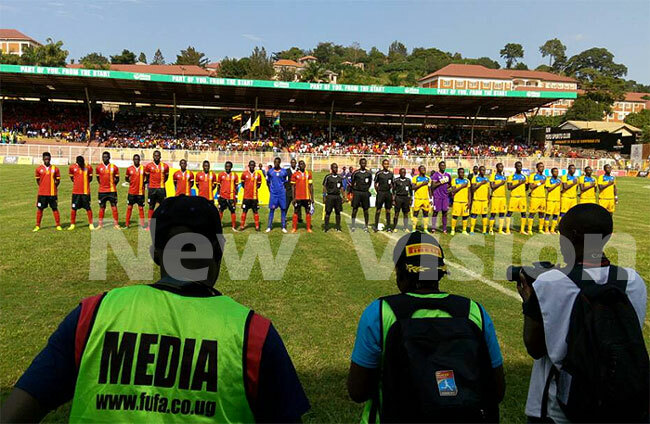 Facing a full-strength home-based Amavubi Stars who flew in on Thursday, the Ugandan pair lined up a not-so-much-changed side from the one that thumped South Sudan three weeks ago.

And even with the likes of veteran striker Geoffrey Sserunkuuma and Timothy Awany not eligible anymore to take part in the competition that features only home-based players, the Cranes still carried enough threat to shake off the Rwandans.

Sserunkuuma and Awany left the country to play for foreign clubs.

On a cloudy Saturday early evening, it took 15 minutes to calm the home nerves after Mutyaba's calmly-taken penalty. But the hosts were guilty of turning erratic thereafter, with Savio Kabugo and Bernard Muwanga picking up yellow cards in the first half.

The Amavubi Stars also featured in the referee's book when their own Mubumbyi Barnabe was booked for clattering Cranes keeper Ismael Watenga.

But the Vipers SC goalstopper also went into the book for time wasting towards the break after a physical opening half. 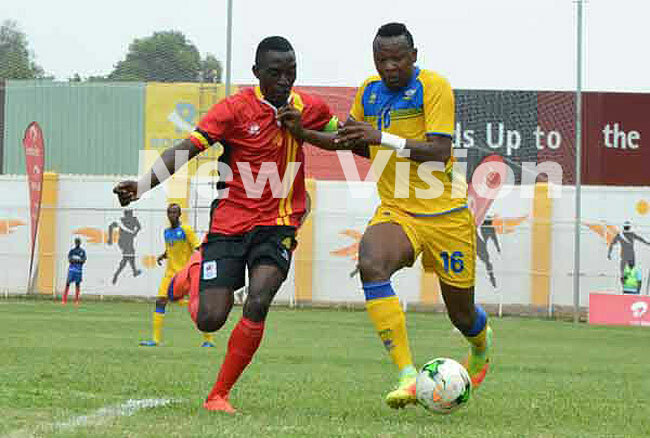 After the interval, Tom Masiko came on in place of Muwanga to tighten the screws. Amavubi also did their own reforms, introducing Biramahire Abbeddy for Mubumbyi Barnabe.

The visitors searched long and hard for a goal but there seemed no way through. They slapped on Kevin Muhire in place of Olivier Niyonzima and then Muhire Kevin for Niyonzima Olivie Seif with less than 20 minutes to go.

Uganda Cranes' last subsitution saw Muhammad Shaban trot on in place of Moses Waiswa as the minutes got chalked off, one by one.

In the end, Uganda prevailed and will carry a huge advantage into the return leg in Rwanda in a week's time.

The aggregate winner over the two legs will qualify for the 2018 CHAN finals in neighbouring Kenya in January. Uganda have clearly broadcast a huge statement to their neighbours in this regard ahead of their do-or-break tie.

Rwanda fly in ahead of Saturday's CHAN qualifier