"Elections should never be a matter of life of death," says Marietje Schaake, head of the European Union observer mission.

"Elections should never be a matter of life of death," says Marietje Schaake, head of the European Union observer mission.

Kenya nervously awaited Thursday the final results of its presidential election, with the incumbent Uhuru Kenyatta holding a strong lead after a vote tainted by opposition claims of rigging and the death of four people.

International observer missions called for calm and restraint as the results were being finalised a day after isolated protests broke out following opposition leader Raila Odinga's rejection of the early tally.

"Elections should never be a matter of life of death," said Marietje Schaake, head of the European Union observer mission.

Kenyatta, 55, who is seeking a second term in office, appeared to have an unassailable lead with 54 percent to Odinga's 44.8 percent, according to a provisional count of Tuesday's ballot, released by the electoral commission (IEBC).

Odinga, 72, who claims elections in 2007 and 2013 were stolen from him, charged that hackers broke into the IEBC's systems and rigged the count -- an allegation that fuelled uncertainty in what was already a tight race.

"This is an attack on our democracy. The 2017 general election was a fraud," said Odinga. IEBC chief Ezra Chiloba said the electronic voting system -- seen as key to avoiding fraud -- had not been compromised.

"Our election management system is secure. There was no external or internal interference to the system at any point before, during or after the voting," he told a press conference.

However Odinga's claims were enough to spark isolated protests in his strongholds in several Nairobi slums and the western city of Kisumu on Wednesday.

In the southeastern Tana River region, police killed two people after a group of five stormed a vote-tallying centre and stabbed one person. 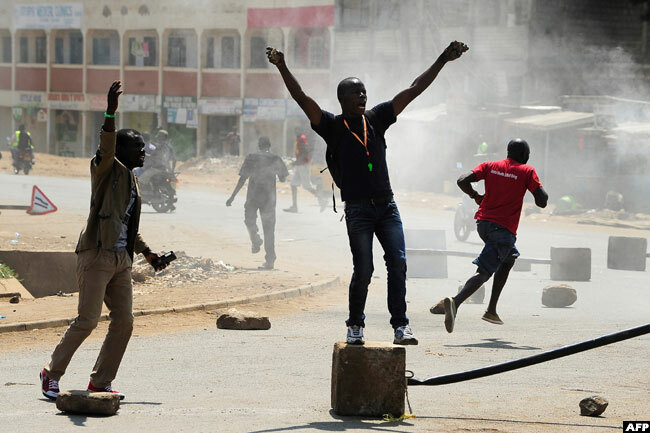 Meanwhile daily life almost ground to a halt for a third day in the capital and elsewhere as the country held its breath, with memories still fresh of post-election violence in 2007 that left 1,100 people dead.

"The nation is sitting precariously on the precipice. The dispute over poll results is creating needless anxiety."

It remained unclear whether final results would be officially published on Thursday. Under Kenya's electoral law, the definitive results must be published within a week of polling.

International observers from the African Union, Commonwealth and European Union largely praised a peaceful day of voting, while urging patience as results are finalised by the IEBC.

"They are working around the clock. It's important they have the time to do these procedures well. We continue to urge everyone to be calm, to be resilient and to be peaceful," said the EU's Schaake. 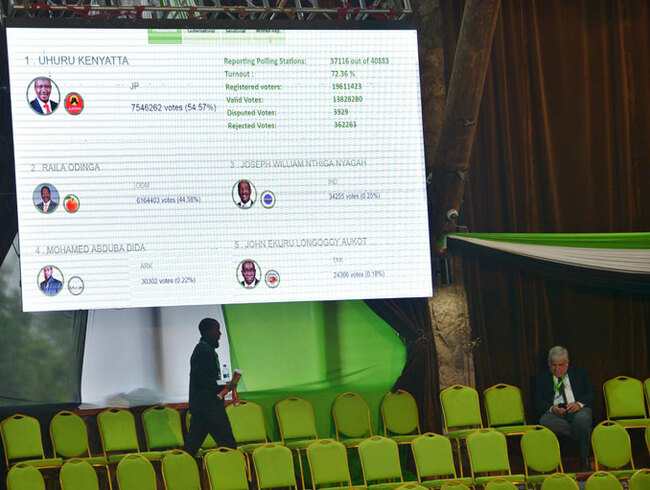 Former Ghanaian president John Mahama, who is leading the Commonwealth delegation, also urged Kenyans to give the IEBC "proper time and space to complete the results process with necessary due diligence".

"It is vital that all political leaders maintain peace and calm, exercise patience and not stampede the process," he said.

Mahama noted that the "opening, voting, closing and counting process at polling stations were credible, transparent and inclusive".

Former South African president Thabo Mbeki, at the head of the African Union mission, agreed. He said the opposition's hacking complaints should be looked into by the IEBC, saying this was not the mandate of observers.

Mbeki mentioned the high number of rejected ballots, nearly 400,000 so far, saying this was a problem of lack of voter education and "inflexibility" by polling agents.

"To me it looked a bit odd", when a tick slightly inched into a neighbouring box and was rejected by polling agents, he said. 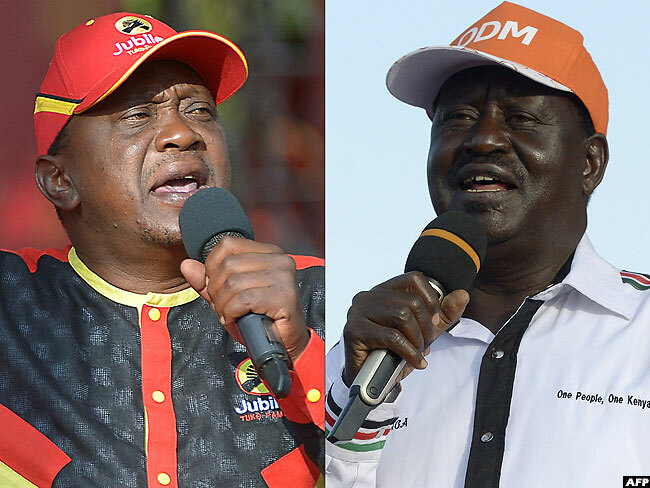 Odinga claimed the hacking attack happened because someone obtained the identity of top electoral commission IT official Chris Msando, who was found tortured and murdered late last month.

His other complaint was that results streaming in electronically had yet to be backed up by a scanned copy of tallies from constituencies.

IEBC says it is busy uploading the forms and that the results on its public website should not be considered final until they have been cross-checked.

"You can only cheat a people for so long," Odinga said, but urged his supporters to "remain calm as we look deep into this matter."

He then added: "I don't control the people."

Nairobi's slums were tense but calm on Thursday, as was Kisumu's flashpoint Kondele suburb, a day after police fought running battles with stone-throwing protesters.

Black scars on the roads from tyre bonfires set by protesters were still visible, while groups of men gathered on the sidewalks, watching police trucks patrolling the town.