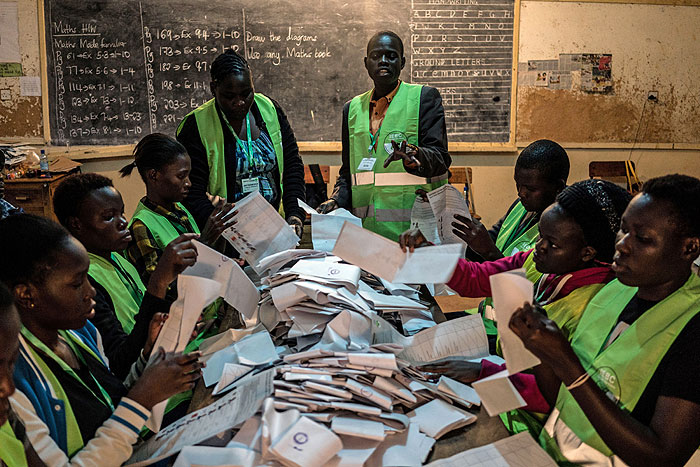 With more than 11 million ballots counted, Kenyatta was ahead with 55 percent of the vote against Odinga's 44 percent, a difference of more than 1.1 million ballots, according to results released by the electoral commission (IEBC).

Odinga called the results "fake" at a press conference early Wednesday morning and said the IEBC hadn't produced documents that could prove the authenticity of the tallies.

"The system has failed," Odinga told reporters. "This is basically the computer that is voting."

The contest between Odinga and Kenyatta -- old foes who previously faced off when Kenyatta was first elected in 2013 -- was always expected to be close, and emotions have been running high after a bad-tempered campaign marred by opposition claims of a plot to rig the vote.

Odinga, 72, is taking his fourth and likely final stab at the presidency. He claims the elections in 2007 and 2013 were stolen from him.

He has repeatedly questioned the validity of the polls, and occasionally claimed that he would only lose this year's election if it were rigged.

He levelled similar allegations of fraud after the 2007 general election, which degenerated into months of ethnic and political violence that left 1,100 people dead and displaced 600,000. 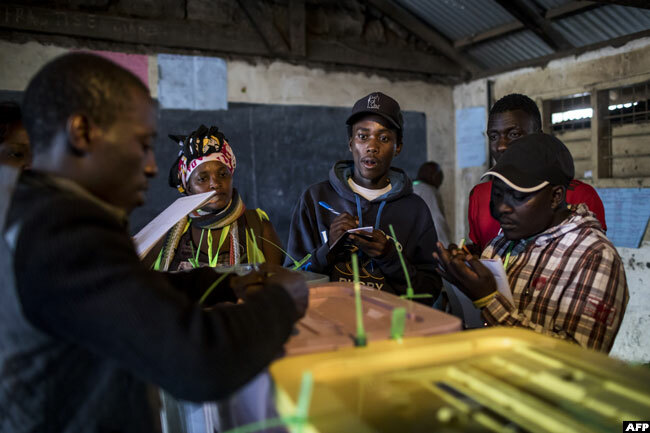 First elected in 2013, Kenyatta is standing for a second term.

Tensions in the country rose earlier this month when the tortured and strangled body of Chris Msando, a key administrator of a biometric voting system IEBC said would guard against fraud, was found on the outskirts of the capital Nairobi.

Referring to his belief that the results are being tampered with, Odinga said, "we fear that this is the precise reason why Mr. Chris Msando was assassinated."

IEBC commissioner Roslyn Akombe said an unspecified political party objected to the release of the results, "but as a commission we decided that as part of the commitment we made to the voters and the Kenyan people, transparency and accountability are part of them."

"This is why, as a commission, we have decided we will continue to display the results," she said.

To win Kenya's presidency in the first round of voting, a candidate must score a majority of the votes nationwide and at least a quarter of ballots in a 24 of the country's 47 counties.

Counting is considered the most sensitive step of the electoral process in a country with a history of post-poll violence.