Araptany, Chemutai out to end Kenya's stee...
Next Story

“We as the old students of Wairaka College have decided to honour Cheptegei."

“We as the old students of Wairaka College have decided to honour Cheptegei."

Cheptegei was beaten to gold by veteran British athlete Mohammed Farah, who is retiring from the track.

According to Wairaka's alumni spokesperson and publicity secretary, Lambert Okurut, Cheptegei will receive an award from the old students and also from the school.

"We as the old students of Wairaka College have decided to honour Cheptegei. He has made not only his alma mater proud, but also the entire country. We are giving him the Pillar honour, which is the highest award given to the distinguished alumni. In the field of sports, Cheptegei will be the first to receive it," said Okurut.

He added that the youthful Ugandan distance runner will receive the award on October 7 during the alumni homecoming. 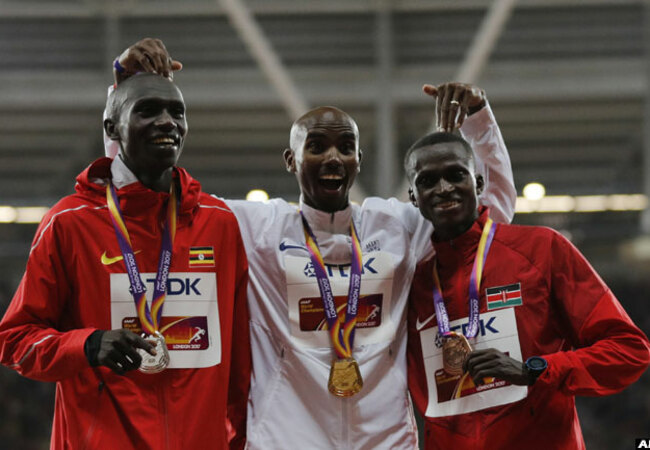 Peter Okiror, an old student of Wairaka College, said: "We owe Cheteptegei a standing ovation once in the college."

Geofrey Kiige, the Wairaka College alumni chairperson, was all praises for Cheptegei for his distinguished performance and encouraged all the students countrywide to emulate him.

Cheptegei was in Wairaka in 2011-2012 for his A'level. Due to his distinguished talent, the school offered him a scholarship.

When contacted for comment about Wairaka, Cheptegei said: "I am grateful to be associated with Wairaka College. When I joined Wairaka, I was given a scholarship by the then headteacher Apollo Lyadda. That gave me a lot of motivation. I remember teachers believed in me and encouraged me. The whole school really loved me."

Cheptegei also confirmed that he will be present at the homecoming.

Who is Joshua Cheptegei