The price of Uganda's dead in Somalia
Next Story

Why being shocked by Kagame's landslide victory attracts more shock 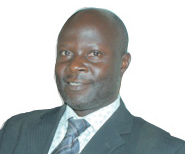 Again, President Paul Kagame has won by a landslide victory. Rwandan Presidential race that kicked off with six contenders for the highest office in the land for the next seven years after Kagame's second term expires finally had three eligible aspirants. The three that included the only Rwandan woman, Diane Rwigara, were disqualified for lacking critical requirements said the National Electoral Commission, NEC. Never was it a surprise to the about four million Rwandans that had petitioned the Parliament to amend article 101 that barred President Kagame from running for presidency as he was completing his two mandatory seven-year terms.

The 2015 referendum held as a result of public demand showed that 98% were in favour of President Kagame's re-election speaking volumes about the outcome of the August election. Nevertheless, Dr. Frank Habineza, the President of the Democratic Green Party of Rwanda (DGPR) and incognito independent candidate, Phillippe Mpayimana, constitutionally had equal chances with the incumbent to become the next Rwandan President through the ballot.

Mid-June public emotions and criticism from human rights activists were inevitable following NEC's directive to vet presidential hopeful's messages before they are posted on social media platforms to avert triggering of divisive and harmful propaganda that would stake the nation's unity and reconciliation. The matter was put to rest after a revisit of the directive that hatched friendly and workable modifications, agreeable to all candidates and their supporters.

On July 14 campaigns kicked off with subtle complaints by Habineza and Mpayimana over violation of their rights by a few local government officials hence the subsequent arrest of the Rubavu Mayor was inevitable in a country which upholds respect to rule of law.

Political pundits say that Africa needs to learn how Rwanda organizes violent-free elections devoid of chaos and running battles between police and supports. Needless to say, the calmness, civility and police partnership with the Rwandans attracted envy from people who call themselves authors and defenders of human rights to describe the evolution of Rwanda's democracy as a new form of dictatorship, merely to justify their relevance to their sponsors whose interests are personal and anti-Africa. They alleged "a climate of fear, stifling of freedoms of speech, opinion et cetera" as reasons behind the success story of Rwanda's democracy.

Rwandans were treated to scenes of uncontrollable exhilaration throughout President Kagame's rallies. Sleepless nights and rage were equally uncontrollable by Rwanda's foes who sit in 5* hotels over a glass of whiskey to plot how to disrupt Rwanda's progress in pursuit of selfish gains. Theirs is utter wishful thinking.

The unwritten contract Rwandans have for proverbial Kagame, the unprecedented economic transformation, unity of Rwandans in a nation once tattered by its heinous history led to sights of various expression of irresistible joy on seeing the architect of the new Rwanda. "I thank you for coming in such big numbers," lost for words at the rare sights, Kagame would pour out his appreciation at all the rallies:

Elderly women and men endured long distances and sweltering heat to see the Moses of Rwanda who did not only put the last nail to the 1994 genocide against the Tusti but whose charisma political prowess has enabled Rwandans access health insurance, free education, cows for poor households, insatiable security, reducing malnutrition, infant and maternal mortality. He who has upgraded transport infrastructures evolutionalised agriculture and improved the country's balance of payments. Others burnt gallons of fuel to reach the rallies as testimony and willingness to endorse Kagame to continue presiding over sustainable development that defines his past leadership. Why? A beacon of hope he is to the majority of Rwandans.

They yearn to see Rwanda's dream of becoming a middle-class economy in 2035 before it graduates to high-class one in 2050 and if one has set his bar very high they must have the preconditions in place, accountable leadership included.

Chanting, dancing, screaming and tears of joy were thus inevitable on realizing there was no price worth Kagame's indisputable role in the rebuilding of a nation that was stateless, in pieces and outlawed only 23 years ago. A 24-year old orphaned female student who later confessed Kagame is father, mother and all to her shed crocodile tears despite gaping cameras all over the place.  It is against the dictates of commonsense and logic that anyone can intimate multitudes of Rwandans into jubilations and voting as Rwanda's disgruntled adversaries posh bungalows in the West shamelessly claimed.

It is against such a backdrop that no single person was surprised by the landslide victory President Kagame's supporters celebrated over last weekend.  And, the desire to safeguard and consolidate cross-cutting sectoral achievements was sole reason for Rwanda's main opposition parties to drum up support for Kagame, a choice that won them credit and proved their patriotism.

Writer is a media practitioner

I started farming on one acre, but earn millions