Chemutai was the faster runner of the two in the steeplechase heats, setting a new personal best time of 8:23.18. Araptany progressed with 8:25.86.

The other Ugandan participant in this event, Boniface Sikowo, came up short. His 8:43.86 time was not good enough for a final place.

The final will be on Tuesday at 11.10pm Ugandan time.

Kirui's victory extended distance running powerhouse Kenya's record as the most successful nation in the history of the marathon at the IAAF Championships. 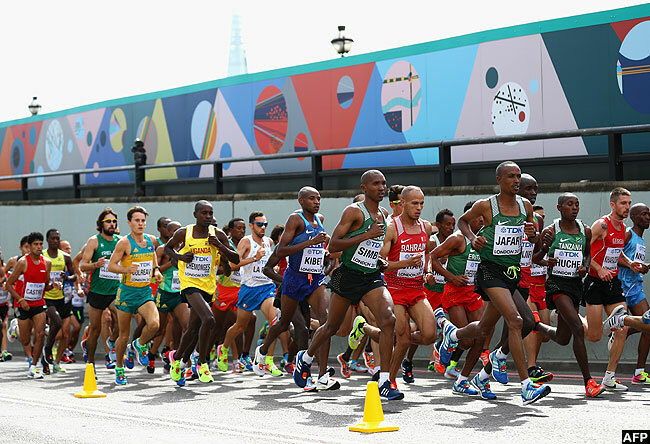 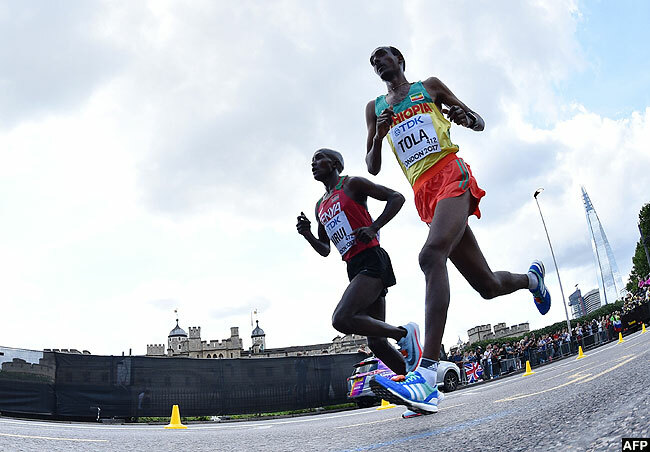 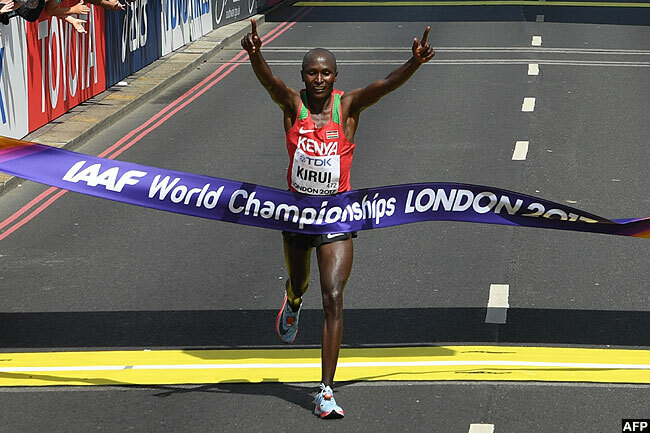 Uganda has already picked up a medal (silver) at this competition, courtesy of an incredible performance by Joshua Cheptegei on the opening day (Friday).

The 10-day field-and-track global competition is running until next Sunday (August 13).

Spectators across the world have already been treated to a taste of what this year's event has on offer. Home favorite Mo Farah successfully defended his 10,000m title, in a race that Cheptegei came in second to claim sliver.

The women's version of that particular race (10,000m) was an event to watch out for the following day (Saturday). Ethiopia's Almaz Ayana, who had not raced this year, showed just how she is in a league of her own when she raced way clear of everyone to win gold.

It was an Ethiopian one-two finish as five-time world champion and three-time Olympic champion Tirunesh Dibaba beat Agnes Tirop to the silver. The Kenyan had to settle for bronze. 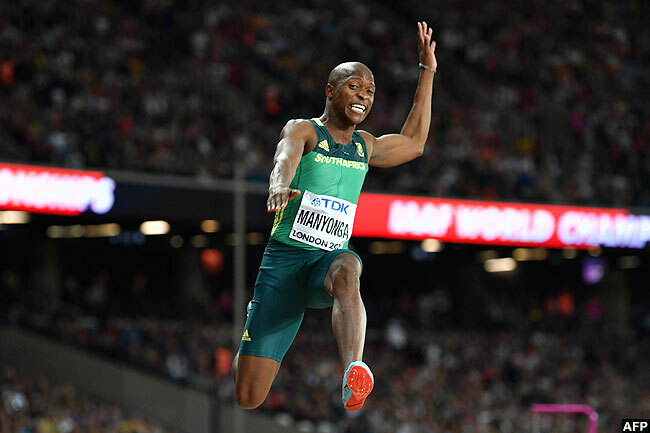 The centrepiece of day two - and arguably of the entire competition - was the men's 100m final featuring you-guessed-right. Usain Bolt. The world's fastest man.

The Jamaican sprinter was looking to draw the curtain on his indivudual race career in all too-familiar winning fashion.

But, as a shock to many, his was no golden conclusion Bolt, who holds the current 100m world record of 9.58 seconds, was beaten by long-time rival American Justin Gatlin to gold and by another American, Christian Coleman, to silver.

He had to settle for bronze.

Bolt now hopes to sign off with gold in the men's 4x100m relay.

I have a bad smell in my private parts

My urine has blood

What I am suffering from?