Jaspreet Chatthe in a Mitsubishi Evo10 is in the lead

Jaspreet Chatthe in a Mitsubishi Evo10 is in the lead

Uganda's representatives in the Oryx Tanzania rally on Saturday finished day one of the rally in good shape.

Christakis Fitidis Navigated by Eric Nzamwita in an Evo 10, Rauf Adam navigated by George Ssemakula in also an Evo10 and Yassin Nasser in a Subaru N10 finished 17th respectively.

"We are doing well but only had a puncture but tomorrow if the car is ok we shall try to push harder," Fitidis stated.

"Yes we started on a low note but we are trying and we shall maintain our pace to see that we get a better position tomorrow,"Rauf Adam stated. 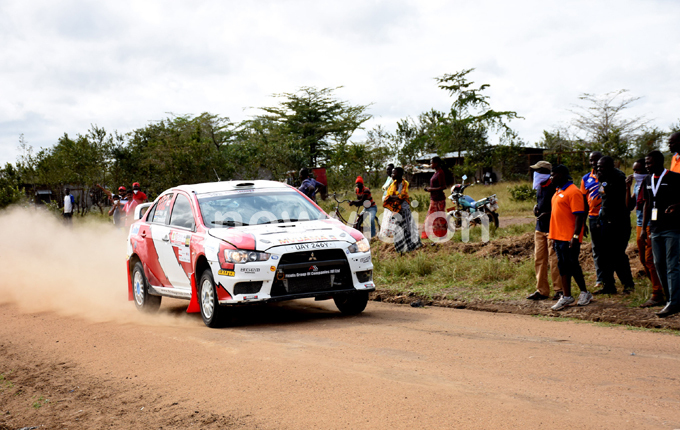 Yassin Nasser when contacted said, "The top guys are in their own league. We shall also push to see that we are well positioned in our league."

Jaspreet Chatthe in a Mitsubishi Evo10 recovered from the first two section defeat to beat Manvir Baryan on day one of the Oryx Rally in Bagamoyo.

He was followed by Manvir while Muna Singh finished third and on the final day.

I was held for three hours, says Musinguzi