Heatwaves will do most of the damage, claiming some 99 percent of future weather-related deaths.

Heatwaves will do most of the damage, claiming some 99 percent of future weather-related deaths.

PIC: A man refreshes himself with the waters of a fountain at Piazza Castello in Turin, Italy. (AFP)

Deaths due to extreme weather in Europe could increase fifty-fold from an estimated 3,000 per year recently to 152,000 by century's end if global warming is not reined in, researchers have warned.

The toll would be especially high in temperate southern Europe, where deaths due to warming are projected to rise from 11 per million people per year to about 700 per million per year, they wrote in The Lancet Planetary Health.

Heatwaves will do most of the damage, claiming some 99 percent of future weather-related deaths -- more than 151,000 of the annual total by 2100 from about 2,700 per year recently.

"Unless global warming is curbed as a matter of urgency and appropriate adaptation measures are taken, about 350 million Europeans could be exposed to harmful climate extremes on an annual basis by the end of this century," said the report, based on pessimistic global warming forecasts. 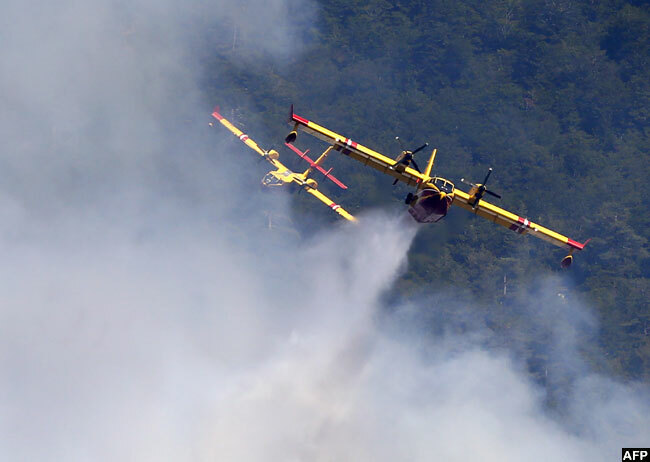 The researchers looked at records of weather-related events in Europe -- the 28 European Union members plus Switzerland, Norway and Iceland -- for a 30-year stretch from 1981 to 2010 -- called the "reference period".

They then compared this to projections for population growth and migration, as well as predictions for future heatwaves, cold snaps, wildfires, droughts, floods and windstorms.

"We found that weather-related disasters could affect about two-thirds of the European population annually by the year 2100," wrote four European Commission researchers.

This translated to about 351 million people exposed per year, compared to about 25 million per year in the reference period, when it was just five percent of the population.

Exposure means anything from disease, injury and death due to an extreme weather event, to losing a home or "post-event stress", the authors said.

Deaths from heatwaves were projected to increase by 5,400 percent, coastal foods by 3,780 percent, wildfires by 138 percent, river floods by 54 percent and windstorms by 20 percent. 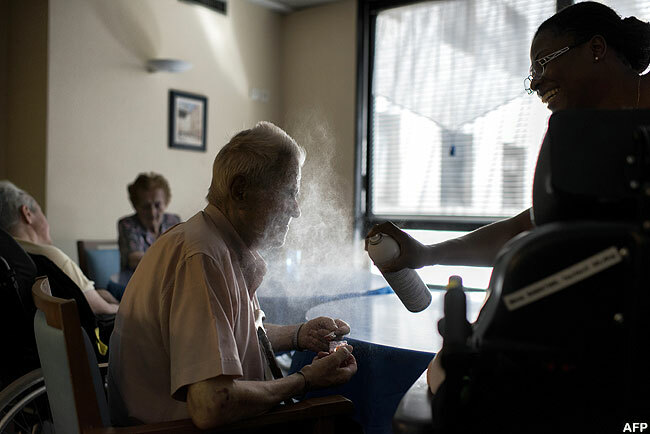 Deaths from cold waves will decline by about 98 percent, said the team, which is not "sufficient to compensate for the other increases."

Climate change is responsible for 90 percent of the additional weather-related deaths forecast for Europe, said the team.

Population growth accounts for the other 10 percent, along with migration to hazard-prone coastal zones and cities.

For the purposes of the study, the team assumed a rate of greenhouse gas emissions from burning coal, oil and gas, that puts the world on track for average global warming of three degrees Celsius (5.4 degrees Fahrenheit) by 2100 from 1990 levels.

The Paris Agreement, concluded by 195 nations in 2015, seeks to limit warming to under 2 C from levels before the Industrial Revolution, when fossil fuel burning kicked off.

The researchers also made no provision for additional measures being taken to boost human resilience to weather disasters.

In a comment on the study, Jae Young Lee and Ho Kim of the Seoul National University wrote its projections "could be overestimated".

"People are known to adapt and become less vulnerable than previously to extreme weather conditions because of advances in medical technology, air conditioning and thermal insulation in houses," they wrote in a comment carried by the journal.

On Wednesday, a study in the journal Science Advances said South Asia, home to a fifth of the global population, could see humid heat rise to unsurvivable levels by century's end.

Also this week, researchers wrote in Environmental Research Letters, that rising carbon dioxide levels will dramatically cut the amount of protein in stable crops like rice and wheat in the decades to come.

The new paper, said Paul Wilkinson of the London School of Hygiene & Tropical Medicine, "is yet another reminder of the exposures to extreme weather and possible human impacts that might occur if emissions of greenhouse gases continue unabated."

Kalita is a Concorde, not a bus!