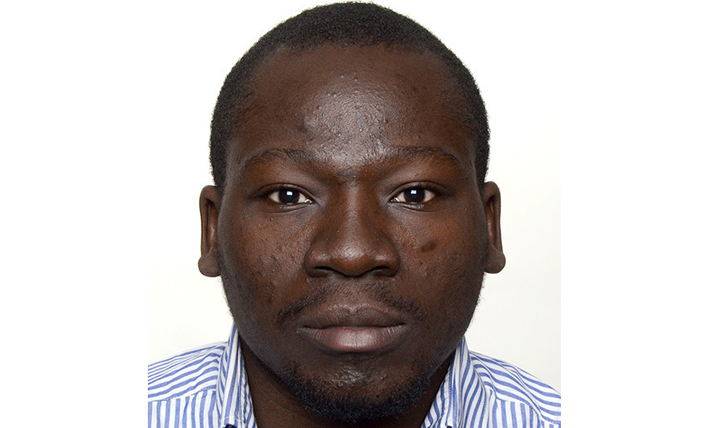 Tooro Kingdom, which originally composed of the present-day Kasese, Bunyangabu, Kabarole, Ntoroko, Bundibugyo, Kamwenge, Kyenjojo and Kyegegwa districts, flourished under British colonial government, and although it subordinated to the central government, just like other Ugandan kingdoms, its ruling class enjoyed a great amount of latitude in the governance of their people.

Every King was beloved, because he would work hard for the well-being of his subjects in keeping with his Accession Oath to "reign with righteousness for the benefit and happiness of Tooro people."

Over the years, since the restoration of kingdoms in 1993, Tooro kingdom has had a sea of problems ranging from reduction in size, controversy over property, lack of accountability for funds and other kingdom assets, perceptions about a declining sociocultural heritage, and the absence of a clear development agenda.

These contentious challenges bedevilling the Kingdom have mainly arisen from how the kingdom has been run since the death of King Kaboyo Olimi III in 1995 and the ascension to the throne of his son Oyo Nyimba Kabamba Iguru Rukiidi IV, who was then only three-and-a half years old.

Now, that brings me round nicely to the theme of my article today. If the King and the kingdom administration claim to be managing the Kingdom affairs properly, who is to the blame for the kingdom's stagnation—a view currently held by many people in Tooro.

Does the blame lie with the people of Tooro, the King, the queen mother, or a combination of the three? In any case, how can the kingdom rise and shine again? In order for us to answer the questions, we need to first, look at the different challenges and perspectives.

Based on the religious leaders' report, which—albeit not implemented since 2015— received public acceptance, it was noted that King Oyo has abandoned the kingdom and controls it remotely with the mother, both permanently living in Buganda Kingdom.

Most people in Tooro currently contend that the Kingdom's cultural and administrative institutions are running down, there is mismanagement of assets held in public trust such as forests and other land holdings, and there isn't an articulate development agenda beneficial to the people.

In 2012, the king suspended the 1999 Tooro Kingdom constitution and appointed a nine-member committee led by his aunt, Princess Elizabeth Bagaya, to review the constitution and suggest amendments.  Princess Bagaya handed over a copy of the amended constitution in February 2017, citing lack of funds as the reason for the delay in the review process.

Although Article 49, among others, has been amended to include the districts of Kyegegwa, Ntoroko and Kyenjojo as part of Tooro, some residents in Ntoroko, Kyegegwa and Kamwenge districts have in the recent past refused to pay allegiance to King Oyo.

In addition, many of his subjects in the remaining districts are increasingly confronting him over his failure to run the kingdom as a grown and independent King.

The Kingdom administration has also not only failed to account for funds, but has also failed to raise money to fund the different development projects. In 2016, the kingdom announced plans of erecting two major gates at the entrance to the palace, on top of sealing off the palace premises with a chain fence to control and restrict movement.

This project, which was to be finished in September 2016, has since stalled due to the poor architectural design of the gate and the perimeter fence, and lack of funds to repair the driveway and walkways

In 2015, The Kingdom Prime Minister Hon.Benard Tungwako disclosed that the kingdom was embarking on renovating Karambi royal tombs and that; it had already released money for the project. However, in the same year the renovation project hit a snag after the Kingdom failed to raise money to start on the work.

The burial grounds are now a grazing field for cows and goats, not forgetting that the mausoleums where Kings Kasagama and Rukidi are buried leak whenever it rains.

In 2009, Tooro Kingdom suspended its child scholarship fund, which was launched in 2006, because the kingdom no longer had the money to sustain it. The fund was paying for 300 underprivileged students every year, and the then Education minister, Hon Rwabuhinga Richard claimed that the 800 million shillings meant for the scholarship fund was channelled to more urgent programs and activities.

Whether this claim is true or false is open for public debate since many people do not see any ongoing kingdom projects.

Since 2009, Uganda Pentecostal University (UPU) and Mountains of the Moon University (MMU) have extended scholarships to Tooro Kingdom where half-tuition bursaries are offered to students hailing from the Kingdom. It should be clear that these scholarships aren't funded by the Kingdom, but by the respective Universities.

Tooro Kingdom therefore needs to re-establish an Education fund that can award scholarships to students, provide funds to establish educational institutions in the kingdom, extend development assistance to schools both materially and financially, and create awareness regarding the importance of education. An educated population of young people is essential to the Kingdom's prosperity.

King Oyo in 1995 became the youngest ruling monarch in the world, but the Kingdom administration "failed" to utilise this advantage to lobby for different development projects. Perhaps, only one notable project of renovating Karuzika (the palace) in 2001 by Col Gaddafi (RIP) can be traced during that time. The youthful King can still attract and tap many projects into his Kingdom, if he takes advantage of different national and global initiatives that target youth development.

Amidst all the challenges and controversies, Tooro kingdom has been enjoying, and still enjoys, a rich culture of oral tradition, Tooro customs that includes respect and value of elders, indigenous handicrafts, patriotism, and very high self-esteem.

Can the Kingdom rise and Shine again?

Basing on the above, there is an urgent need for King Oyo to implement reforms/recommendations put forward in the religious leaders report (presidential inquiry report) because these were views told by the people of Tooro Kingdom. Additionally, Tooro elders and elites need to join efforts in fixing the crises in the kingdom, which fuel disunity and cost the institution much needed goodwill.

The presidential inquiry, noted that most people love their kingdom but only say they do not like the way King Oyo and the administration run it. The report further says, "The king and all kingdom officials should know that they are accountable to the people of Tooro and cannot therefore manage the institution of Tooro Kingdom as if they were managing their personal estate".

It is therefore clear that people are willing to join hands and make Tooro shine if the King gives them audience, and listens to advice.  Since he is now 25 years, he should become fully independent of his mother and make decisions that will flourish his Kingdom and benefit people.

Let him see what is wrong and try to put things together for all of his people. The King has to change and begin a new chapter. He should live in his kingdom and tackle the current Kingdom challenges head-on, by assembling a new team of elite youth and elders who can help him run the kingdom efficiently.

This requires reaching out to the people, building relationships to earn the goodwill of the subjects, and instituting different technical groups of people that can help steer the kingdom to the top. Without good institutional structures, the development of the Kingdom is impossible.

People would love to see the Kingdom's outstanding projects and activities like renovation of various kingdom buildings, construction of King Oyo Hospital in Kyenjojo district and a cultural centre to help in the preservation of Tooro's cultural heritage, and many new ones starting.

If the people of Tooro are mobilised, they cannot fail to fundraise for these projects, provided the Kingdom is well-managed, has a trusted administration that is accountable to the people and has a clear development agenda beneficial to the people.

The kingdom administration also needs to continue engaging government to return the institution's assets such as land and buildings, which can generate revenue when leased out to investors.

With a King as young as 25 years, Tooro Kingdom has the potential to rise and shine again. To the people of Tooro, let us stop playing the blame game. We should remember that an error doesn't become a mistake until you refuse to correct it. To make progress, and make our kingdom rise and shine again, we all need to start acting now.

Should we mean it, we shall make it.

Writer is an educator, a geoscientist and a member of the Critical Thought Group who hails from Tooro Kingdom