Going about a play area for your children
Next Story

"People must know that solar panel can be mounted separately from the light.

"People must know that solar panel can be mounted separately from the light.

Solar outdoor lighting has helped light up areas without power after dusk.

David Sekandi, a solar engineer, says that most solar task lights and spotlights are designed and can be mounted in a number of ways. They can also be adjusted to beam in any direction.

"People must know that solar panels can be mounted separately from the light. This allows you to put the panel in a place where it will get the sun, and the light where it's needed," he says.

According to Sekandi, many people want to have solar systems in their homes but they must know that prices differ because locations are not the same, structures are the same and plot sizes and designs are not the same.

People who need solar lights in their compounds must know that prices and measurements determine the work to be done.

But all this depends on one's need and the size of the compound. "The solar system is efficient except during rainy seasons where there is no sunshine."

According to Senoga, solar lighting is becoming popular, especially for people who have big compounds and recreation centres, since they are considered more effective, cheap and environmentally friendly.

Mike Gitta, who owns a recreation centre in Kisaasi, says solar lighting has proven to be economical because "I have over 30 lights and before, the power bills were high before I completed my project".

"I decided to use solar lighting for security reasons since there were many incidences of theft and crime rate yet I have a big centre," says Gitta.

He adds that the rising cost of power bills could not enable him keep security lights throughout the night. That is why he decided to use solar energy to light up his home and gardens. 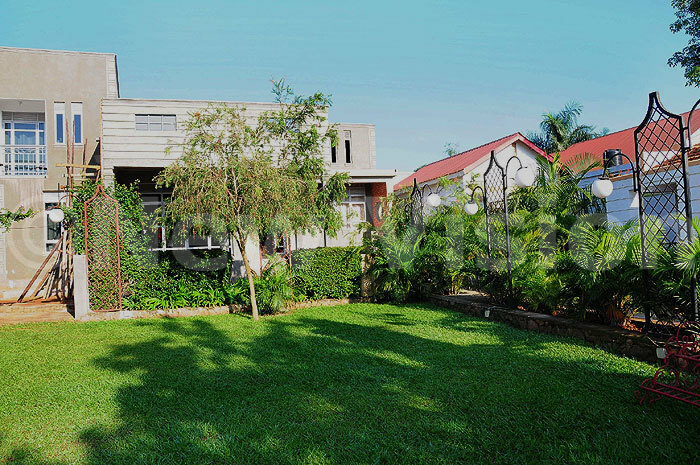 Suzan Namirembe, an engineer and designer, says solar lighting is ideal for lawns, compound gardens, porches among others, because it does not use electricity and it can be very easy to install and requires no wires or cords to set up.

According to Namirembe, outdoor solar lighting is the newest development in landscape lighting. "Using solar lighting can help to reduce your utility bills".

Meanwhile, Senoga says outdoor lighting is best suited for places where there is sufficient daylight sunshine. This technology, if utilised, can offer people a green solution to energy problems.

He says solar cells simply trap sunlight during the day and recharge the lithium batteries. "Each unit has a photo control so that the lights automatically come on at dusk. And the process takes 8-10 hours when fully charged."

Ali Wasswa, who deals in solar equipment in Kampala, says that prices differ because solar sets, cables and area measurements are all different but an example of a solar panel of about 120 watts may cost between sh600,000-800,000 depending on the location of purchase.

"Sometimes you may come across an 85-watt solar panel installed at sh2m or sh2.2m, including a battery, an inverter and a charger controller," he says.

Sekandi says not just anyone can install outdoor solar lights. Unprofessional people sometimes estimate wrong prices and labour expenses, and this is wrong because it brings misunderstandings between the client and project owner.

According to Wasswa, some solar lights are able to perform for as long as a year. If you are to install compound lights, it is important to match the light to the function you want it to perform.

During nighttime, many home locations turn out to be dangerous because they are not lit up. But as much as some residents know the importance of lighting up their compounds, many fear the extra costs which come with leaving the bulbs on throughout the night.

But with solar lights, no worry for that!