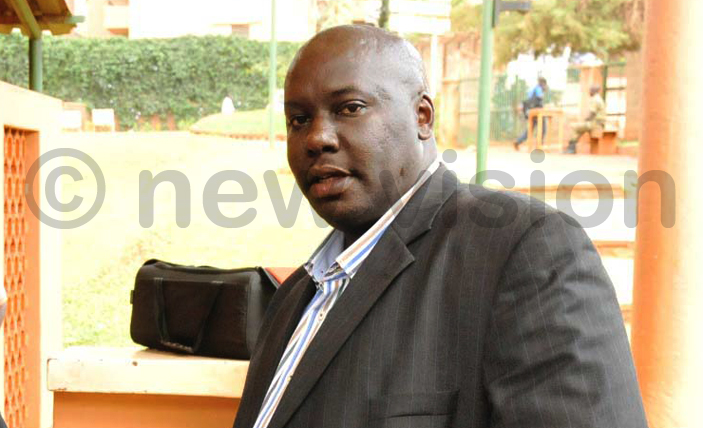 Nakawa MP Michael Kabaziguruka was on Sunday morning involved in a car accident along Jinja Road in Kampala. The ambulance that Kabaziguruka was driving parked at Jinja Road Police Station. Photo by Kennedy Oryema

Kabaziguruka who suffered a double fracture in his right leg in the accident, was rushed to Kampala Hospital for treatment.

"My leg is broken but I'll be fine" Kabaziguruka told Bukedde FM in a phone interview from his hospital bed. According to reports, he was headed to Namboole Stadium to play for the Parliament team in the Corporate League.

The ambulance was recently purchased by the legislator to serve his constituents.