The delegation aims to help government empower the youth through football

The delegation aims to help government empower the youth through football

President Yoweri Museveni on Friday held a meeting with investors from SportPesa at State House Entebbe. 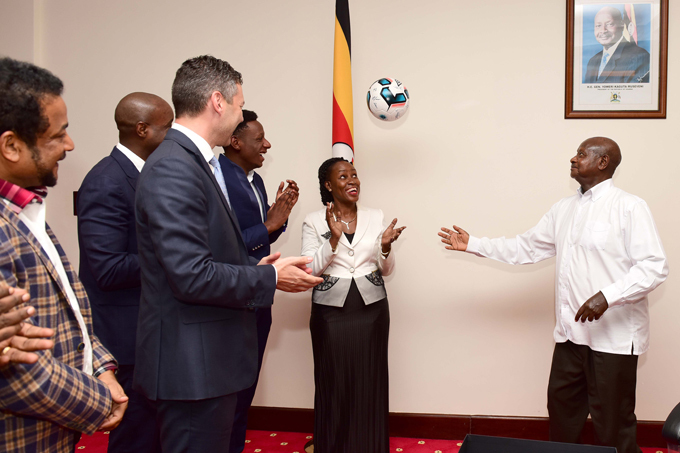 President Museveni juggles a ball he received from SportPesa shortly after their meeting at State House Entebbe. PPU Photo

The delegation led by the Minister for Youth, Nakiwala Kiyingi, aims to help government empower the youth through football and strong regulation of the betting business in Uganda.

Capt. Ronald Karauri, the SportPesa Kenya director, said there is a gap in funding of sports in many African countries but added this can be solved through good regulation of the sports betting business so that governments earn revenue, which can be used for youth funds. 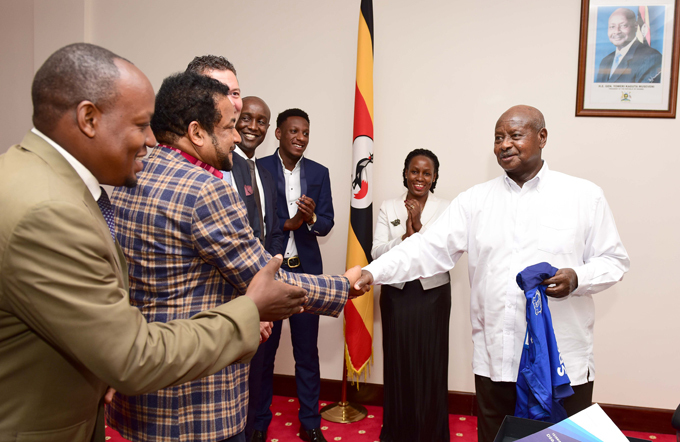 He explained that with good online sports betting regulations, such as paying gambling licenses, the government could earn revenue which can be used to empower the youth so that the youth could stop spending their days at sports betting kiosks and grow to appreciate engaging in meaningful activities.

Karauri said SportPesa looks forward to sponsoring one of the local leagues in Uganda, like other betting companies do in the English Premiership League. 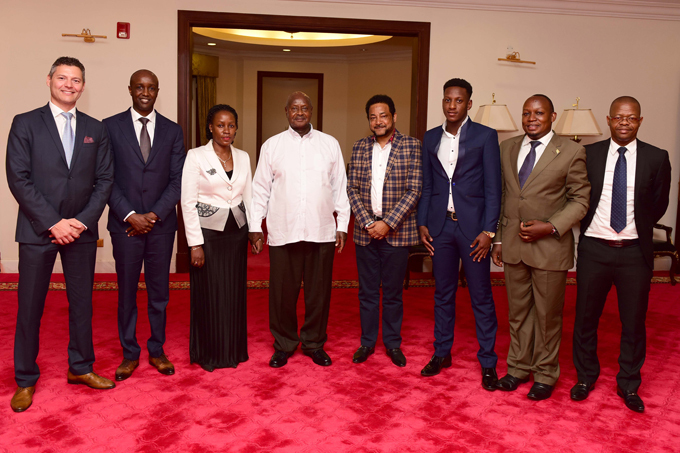 9 out of the current 20 clubs in the English Premier League for the 2016/17 season are sponsored by gambling companies who act as their main shirt sponsor. Some of these include Dafabet, which sponsors Burnley and Mansion, which sponsors Bournemouth and Crystal Palace.

Cooking gas: are you getting the right quantity?