Official grilled over sale of gov't property to Movit boss

The property in question is land and building located on plot 60-62 at Allidina Visram road, Jinja Municipality.

The property in question is land and building located on plot 60-62 at Allidina Visram road, Jinja Municipality.

PIC: Joseline Ategeka, a legal officer with the Privatisation Unit appeared before the land probe on Wednesday. (Credit: Maria Wamala)

KAMPALA - A senior government legal officer was Wednesday grilled by the commission of inquiry into land matters for failing to fight against the irregular sale of government land to a local company owned by the managing director of Movit Products, Simpson Birungi.

Joseline Ategeka is a legal officer with the Privatisation Unit of the finance ministry.

While appearing before the Lady Justice Catherine Bamugemereire-led commission, she found a hard time trying to explain why they stood on the sidelines while government land was being illegally sold to Birus Property Services and the building housing tenants on the land was being razed.

The commission's lead counsel, Ebert Byenkya, asked her why she did not even attempt to file a court case or help the government tenants whose property had been destroyed by Birungi to fight against the illegality.

"According to what we have heard, the tenants had a suit against Birus in court but there was none from the Privatisation Unit yet they were the supervisors of the property," asked Byenkya.

To which Ategeka responded: "It is true there was no suit filed by us. I am actually at loss of words to explain why there was no suit. I have no reason why Privatisation Unit did not file a suit against Birus." 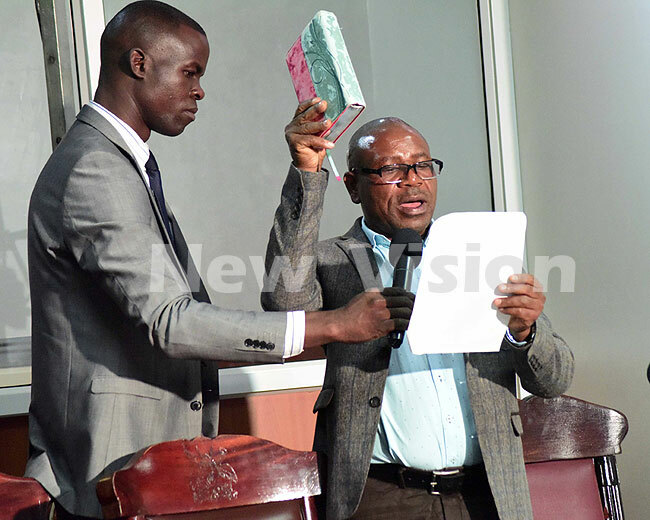 Birungi took oath before getting down to answering questions from the land probe. (Credit: Maria Wamala) 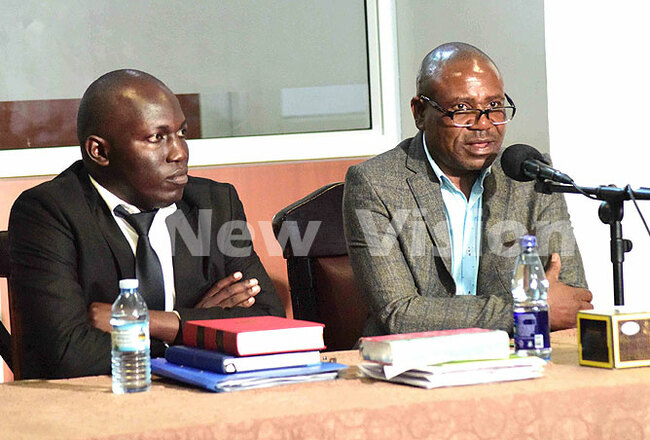 The property in question is land and building located on plot 60-62 at Allidina Visram road, Jinja Municipality. It was a property of government established in the early 1950s to indigenize trade in the country.

It was rented out to 10 local traders who by the time of their eviction had spent over 48 years in the premises.

The 35-year-old resident of Namugongo in Wakiso district told the commission that before the sale of the property, they used to collect less than sh30,000 from each of the ten tenants. This continued until 2011, when a one Hajji Kasule of Zamoplast petitioned them. 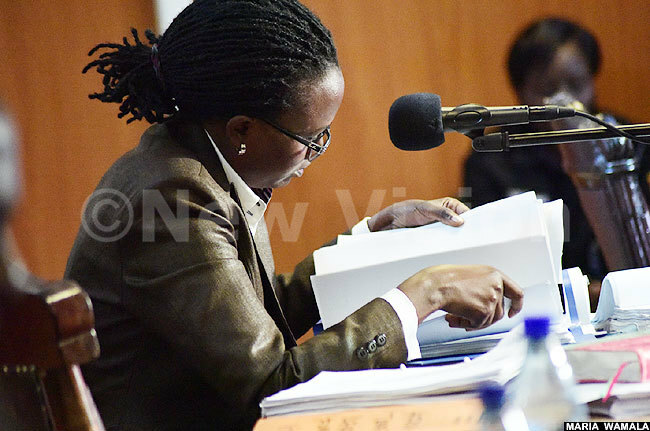 Kasule allegedly had been conned by a person purporting to be an agent of the Privatisation Unit, who sold to him the property at sh300m and he had paid sh30m, got a receipt and signature of the director of the unit appended on the certificate of title.

His complaint was why the Privatisation Unit sold to him the property yet the Uganda Land Commission had also sold it to Birungi. Ategeka told the commission that on closer examination, the signature and receipt were fake.

"I told him there was no process for disposal of the land. I went ahead and complained to the Jinja Municipal Council, Inspector General of Government and the land board because we had not done any disposals and the documents were forged," she said. 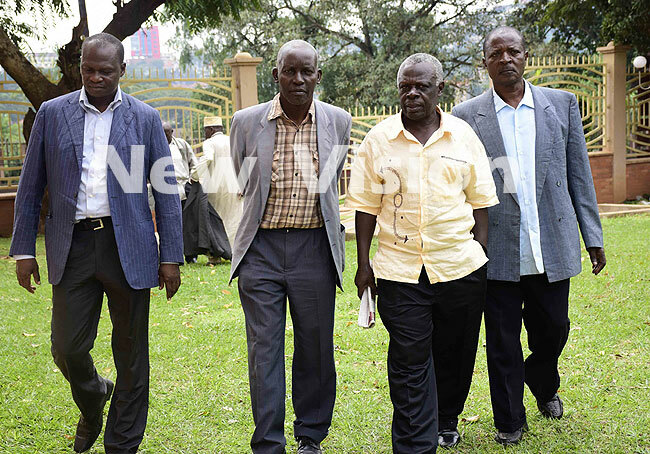 Some of the affected traders in the land evictions and demolition of a government building on Aridina road in Jinja arrive for the land probe session in Wandegeya. (Credit: Maria Wamala)

Ategeka stated that upon filing the complaint, activities on the property returned to normalcy but not for long. They again started getting complaints from the tenants that they were being threatened with evictions by Birus Property Services.

The complaints intensified in 2011 following the demolition of the building. Ategeka said they engaged Uganda Land Commission through a letter informing them that the property had been demolished.

This infuriated Byenkya who wondered why instead of taking action to help the tenants get redress, they sat behind their desks and wrote a letter. He questioned if there was any meeting held with Uganda Land Commission to mitigate the issue. Ategeka answered in the negative.

She however told the probe that it was illegal for Uganda Land Commission to sale the property without consulting them. 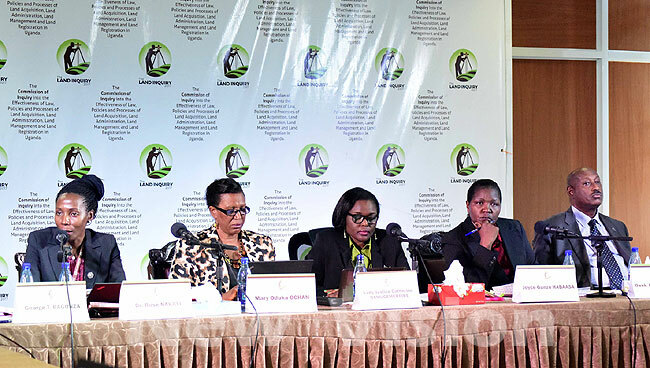 According to the commission, the property was leased to Birus at sh2.5m for five years, extendable to 45 years, yet the tenants had earlier offered sh80m for it.

Since the beginning of this week, the commission has heard tales of how senior government officials, police, Uganda Land Commission and the district leadership aided the proprietor of Birus Property Limited to bypass laws and orders from the courts of law to illegally take over the possession of the land and the building that was housing 10 traders.

The police officers that were named in the syndicate have so far been suspended pending prosecution. They include; ACP Julius Twinomujuni, who was the then commandant of the Land Police Protection Unit, SSP Katembee Apollo, the then Jinja DPC, SSP Edgar Nyabongo, then RPC Kira Municipality and Felix Mugizi the then Officer in Charge of Jinja Central Police Station.

The seven-member commission was set up to inquire into the effectiveness of law, policies and processes of land acquisition, land administration, land management and land registration in Uganda.