The rally will cover 362kms of which 172.8kms are competitive

Christakis Fitidis (L) pictured with his mechanic. Photo by Johnson Were

The rally will cover 362kms of which 172.8kms are competitive

Despite the organisers of the UMOSPOC Kabalega Rally failing to honour Christakis Fitidis' request to change the date, he is ready for the event due August 10-20 in Hoima district. 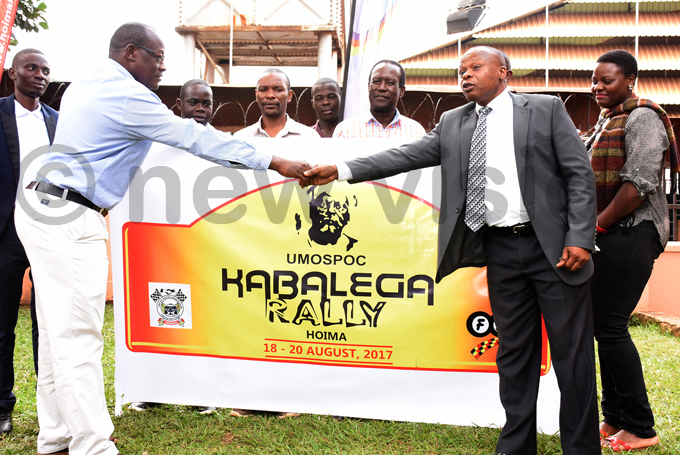 Fiditis leads the NRC with 315 points, 65 ahead of second Ronald Ssebuguzi (250). Kuku Ranjit and Duncan Mubiru are in third and fourth position respectively while Omar Mayanja is fifth with 160 points.

"I requested that they extend that event to enable me recover from the Oryx Rally in Tanzania which I'm competing in on August 4-6 in Tanzania" Fitidis said.

The event that is the sixth on the NRC calender was launched Tuesday in Lugogo and may determine the 2017 championship despite the fact that it is a tight call with less than 90 points separating the top four drivers.

Last year the rally's results were declared in the boardroom three months after the event with only two drivers out of over 30 that participated being declared the event finishers.

Clerk of the course Charles Ssemengo reiterated that the event will be held under motorsport regulations.

"We are in final stages of the organization. The routes are done and we expect all competitors to be ready to follow the rules and regulations governing the sport," Ssemengo stated.

The rally will cover 362kms of which 172.8kms are competitive.