In a heated debate, the legislators urge government to address issues of land conflict by amending the 1965 Land Acquisition Act.

In a heated debate, the legislators urge government to address issues of land conflict by amending the 1965 Land Acquisition Act.

KAMPALA - MPs on the legal and parliamentary affairs committee have asked government to withdraw the Constitution Amendment Bill and instead table a comprehensive bill that addresses all issues of constitutional nature.

Both members of the opposition and NRM argued that rather legislating in piecemeal, the government should wait and come up with all the issues that require amending the constitution.

"This is contempt of Parliament. Let the minister shelve the amendments until government brings an omnibus amendment as demanded by Parliament," Kampala Central MP Muhammad Nsereko proposed.

He was refering to state minister for justice and constitution affairs Mwesigwa Rukutana, who appeared before the committee alongside lands minister Betty Amongi. 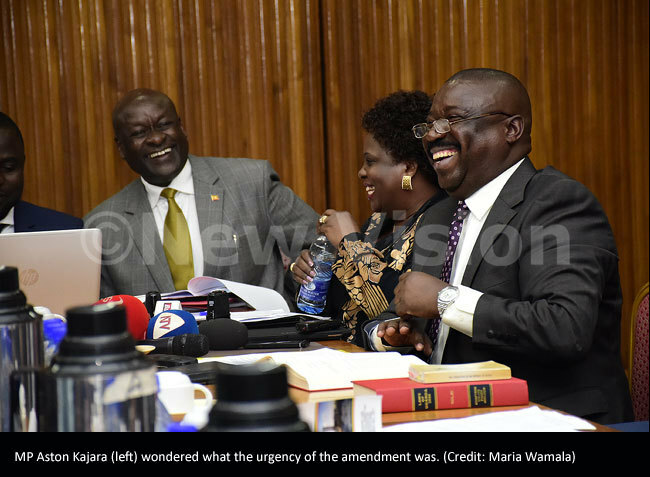 Mwenge South MP Aston Kajara wondered what the urgency of the amendment was when Government has just instituted a commission of inquiry and is yet to institute a commission on the constitution review.

In a heated debate that lasted three hours, the legislators urged government to address issues of land conflict by amending the 1965 Land Acquisition Act.

Some of the members insisted that the amendments be withdrawn immediately. "Let government address this matter by amending the law. Lets put the matter to vote," MP Monica Amoding proposed. 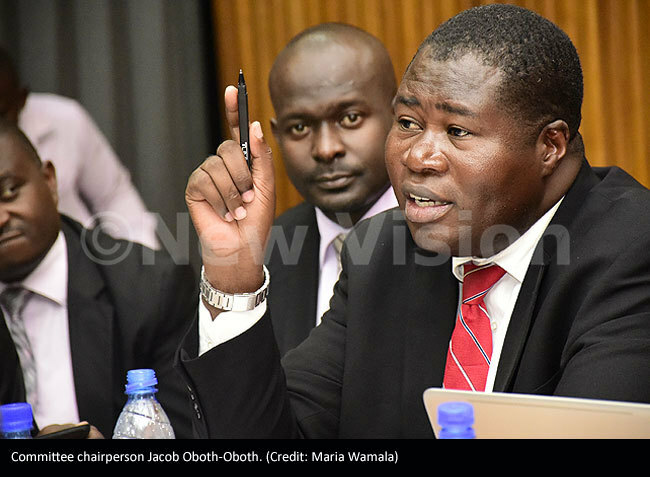 But committee chair Jacob Oboth-Oboth (West Budama South) insisted that the minister should be listened to first before members make final decisions.

"Let's listen to the minister even if we don't want the amendments. How will you write a report without listening to him [Rukutana]?" asked Oboth-Oboth.

In their submission, Rukutana and Amongi said that the bill is intended to enable the government to take possession of property upon payment of the compensation awarded by the government while any resolution of disputes to determine the additional amount claimed by the property owner is going on. 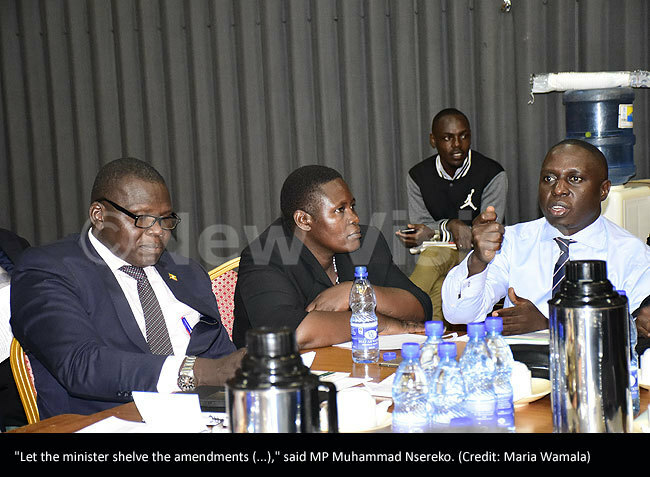 Citing a number of government projects that have stalled due to "land compensation disputes", Rukutana said the amendment will curb the delays which have caused significant financial loss to government as court attempts to resolve the disputes.

"The bill is urgent and very necessary to enable cure the current problem of delayed implementation of government projects due to disputes arising out of compulsory land acquisition process. The proposal is not, though it has become very urgent to resolve cases of delayed government projects," he said as members challenged him to mention the exact projects that have suffered due to land disputes. 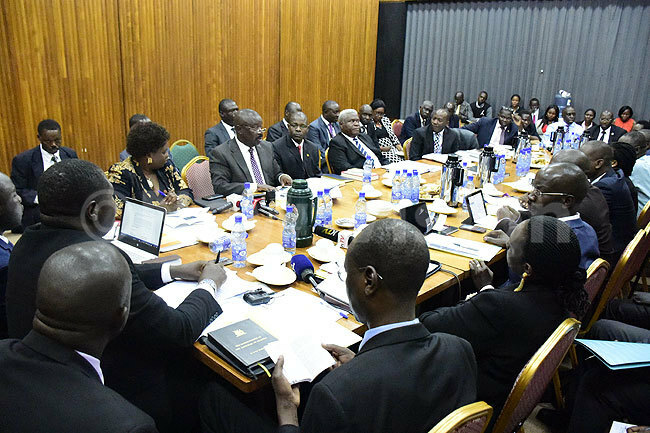 Rukutana cited the construction of Kaiso-Tonya road in Hoima and acquisition of land in Buliisa district for the international oil companies.

"That is a lie. There is no single project in Buliisa that has stalled. Can the minister tell the exact project," MP Stephen Birahwa interjected.  Rukutana still did not cite any projects. The committee directed him to cite examples when he returns to the committee next week.

He dismissed reports alleged by some sections of the public that the amendment is intended to grab people's land and render the citizens landless.

"The bill reinforces the requirement of article 26(2) b on prompt adequate and fair compensation prior to taking of possession of the property by government or local government.

Meanwhile, Amongi was forced to prematurely end her submission when the MPs insisted that she was presenting irrelevant information to the committee. 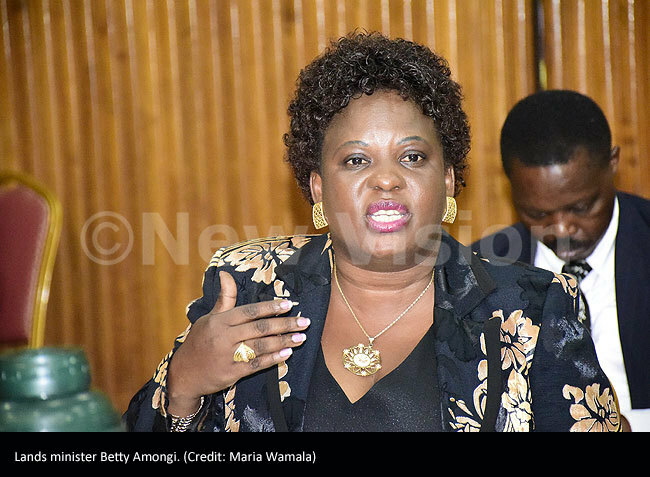 The lands minister was trying to take the MPs through the Land Acquisition Act and the process of compensation.

After listening to both ministers, the lawmakers wondered why government had decided to come up with a single amendment when the minister of justice had earlier promised to bring a comprehensive law touching on all the issues that require amending the constitution to Parliament.

"Why have you decided to bring the amendment in piecemeal when the minister of justice in the House made a promise to bring a comprehensive law on the constitution amendment? Is this the most important amendment or the only amendment?" asked the committee chairperson.

Should we opt for new routes to sea?

Uganda to build inland port to reduce reliance on Kenya