'Nakivubo will be a stadium and not a trai...
Next Story

Liberty Twesiime stood out with two goals to inspire Panthers

Liberty Twesiime stood out with two goals to inspire Panthers 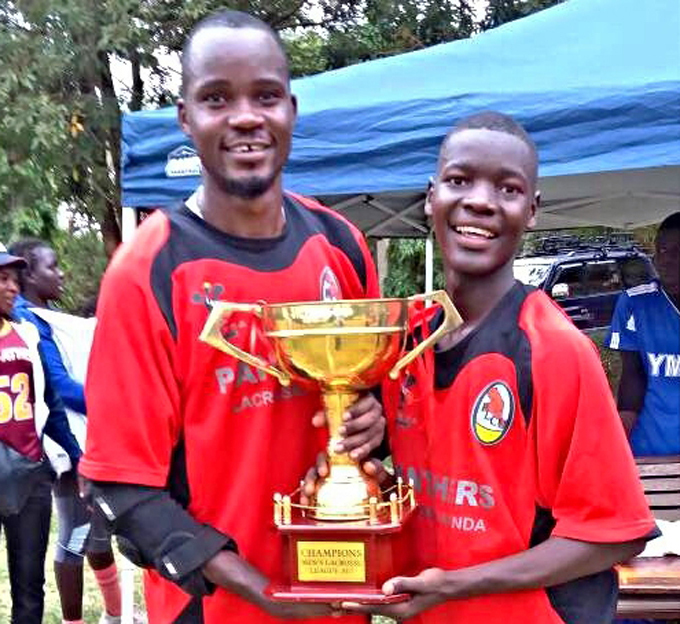 A historic moment was a genuine cause for massive celebrations following a 6-2 victory at the expense of a much fancied MUBS side that was headed for back to back titles.

Panthers slipped from the top position after losing unexpectedly to Nile Zulus prior to the final game of the season against MUBS.

Liberty Twesiime stood out with two goals to inspire the commanding victory where Yunis Tukire's brace was not enough to inspire MUBS.

Panthers Kenneth Kasule, Reagan Ochan, Sadam Komakech and Clinton Watumbe also got on the scoresheet with a goal apiece in the eight goal thriller.

"The boys were superb, displayed hearts of champions and we really deserve to celebrate this historic achievement. It hasn't been easy but here we are Champions!" Panthers' Twesiime said.

The young club established in 2011 has won its maiden title after a series of unsuccessful attempts.

David Onen emerged the league's MVP following his impressive stats throughout the season and on the other hand, Panthers' Ken Kasule and MUBS' Yunus Tukire shared the top scorers' crown with 14 goals apiece.

The attention now turns to the East Africa Lacrosse 7s due 12th August in Uganda.​