'Nakivubo will be a stadium and not a training pitch'

Yesterday social media was awash with how construction work currently going on at Nakivubo could in the end turn out to be a training ground after the developer covered most of the surroundings with shopping structures.

But yesterday project manager Ainea Ashaba of Roko Construction, the lead contractors dismissed the allegations labelling them rumours and reiterated that they were constructing a stadium which they hope to complete over a three-year period.

"I don't know about that (the training pitch), those are rumours and we don't operate on that. For us we are constructing a stadium whose foundation is 70 percent complete," Ashaba noted, when contacted on phone after he wasn't found at the site.

A source at the site who preferred not to be named said what actually was going on at the site at the moment was construction of a foundation for basement parking around the 34,500 planned seater stadium.

He showed the reporter some of the work going on indicating that the football ground will be on raised ground of about five meters from the original one, on completion.

Because of the speed at which structures around every inch of the stadium has been constructed, there has been fears from a section of the public on whether the stadium especially the historical football ground would remain, ever since construction of the Ham Shopping Mall. 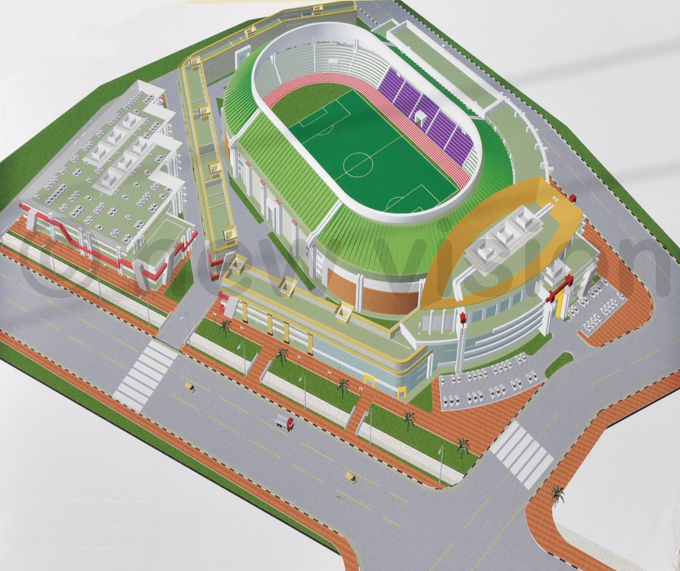 But the Ministry of Education and Sports and the developer Ham has always allayed those fears.

According to the proposed construction plan, the facility will encompass boardrooms and conference facilities, changing rooms, rooms for indoor games, an athletics track, a gym, a netball, basketball court a hotel and multi-level parking.

The Nakivubo redevelopment plan came days after over 10,000 vendors and traders who were doing business at the Parkyard Market and around the stadium area in Kampala were evicted on the orders of the Minister for Kampala, Betty Kamya.

Before, there were running battles on who should carry out and complete the last phase of redevelopment around the stadium between Futureland Uganda Limited, Bestin Limited and Ntelenfune Enterprises which ended with Ham having the final say from the courts.