Next in the pool Tuesday is Joshua Ekirikubinza who will be hoping to better his 33.00 seconds in the 50m breaststroke race

Avice Meya will gauge her speed against the world's best in the butterfly on Tuesday. PHOTO: Michael Nsubuga

Next in the pool Tuesday is Joshua Ekirikubinza who will be hoping to better his 33.00 seconds in the 50m breaststroke race

Ismail Serunjoji clocked 28:57 in the 50m butterfly to set a new national record at the World Swimming Championships in Hungary on Sunday.

But his time was 05.65 seconds slower than that of winner, Ukraine's Andrii Govorov who clocked 22.92 over the long course in the event that runs until July 30.

Uganda is represented by a three-man team at the championships that includes captain Avis Meya, Ismail Serunjogi and Joshua Ekirikubinza with Muzafaru Muwanguzi as coach, at the Danube Arena in Budapest.

The Ugandans who compete at this level without having made the FINA World Championships qualifying procedure "A" and  or "B" standard times, always go out to better their personal bests and or national records. 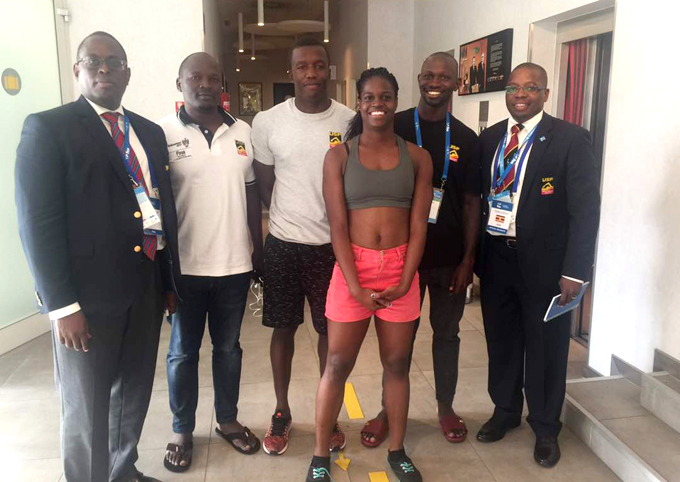 Next in the pool Tuesday is Joshua Ekirikubinza who will be hoping to better his 33.00 seconds in the 50m breaststroke race where he will compete alongside other African swimmers; Adrian Robinson of Botswana, Adil Bharham of Tanzania, Tindendwe Sawadogo of Burundi and Alberto Rwabukamba of Rwanda before returning the following day for the 100m freestyle to try and better his 59.00 seconds .

Meanwhile Uganda Swimming Federation President Donald Rukare is among four Africans elected on the FINA Bureau after his re-election for the 2017-2020.