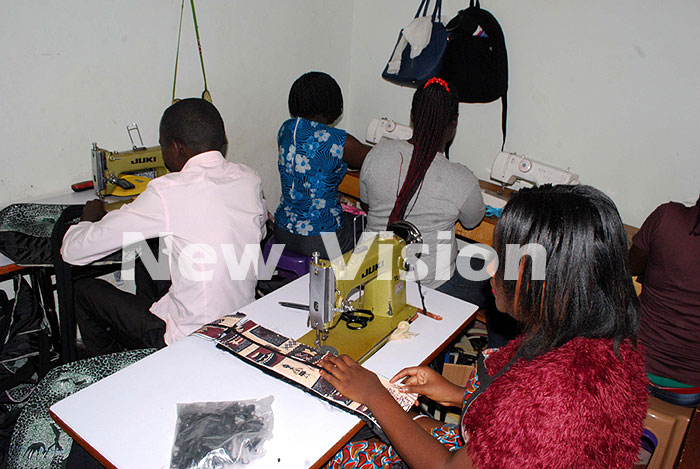 Forty-eight-year-old Florence Namwase from Kaliro district has a 17-year-old daughter, Brenda Nakisuyi suffering from Burkitt lymphoma (cancer of the jaws); a disease that was diagnosed in February 2017, at Mulago Hospital in Kampala.

Namwase and her daughter currently live at Kawempe Home Care cancer hostels in Kyebando, a suburb in Kampala. The centre helps them also access treatment from Uganda Cancer Institute at Mulago.

The cancer hostel was established for children below of 18 years of age who come from poor families. They are allowed to stay for some time as they receive their treatment from Mulago Hospital.

Nakisuyi developed a pimple on her left chin last year during the Christmas season. The pimple swelled and it was later diagnosed as Burkitt lymphoma.

Before going to Mulago, they had visited several hospitals including Iganga and Jinja.

After being diagnosed with cancer, the family was required to stay at Mulago Cancer Institute to undergo treatment. But this meant they were to meet high costs for food, accommodation, and treatment for three months.

After three months at Mulago, Namwase opted to go back to Kaliro district as hospital bills increasingly became a burden to her, since savings from her crops harvests were almost used up.

It was then that a Good Samaritan, who was moving around the hospital, advised Namwase to take her child to Kawempe Home Care to seek shelter. 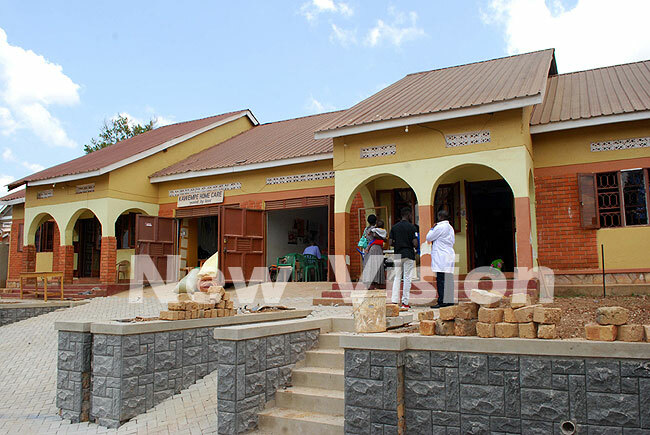 Some of the Kawempe Home Care structures. (Credit: Lawrence Mulondo)

"Kawempe Home Care is a blessing to the country. I had given up on treating my daughter since it was so expensive to meet the costs," Namwase tells New Vision.

"I spent close to sh1.5m on drugs, food, clothing, special care, treatment. I only get money through selling my produce."

The centre chose to step in and help her, like to it does for several other children and families.

In the last eight months, records show that the centre has since accommodated 125 children suffering from cancer from across the country.

The hostel has a bed capacity for 30 cancer children, with caretakers. It also houses an ample playing ground for them, with provision of free transport for cancer children to and from Mulago Hospital. 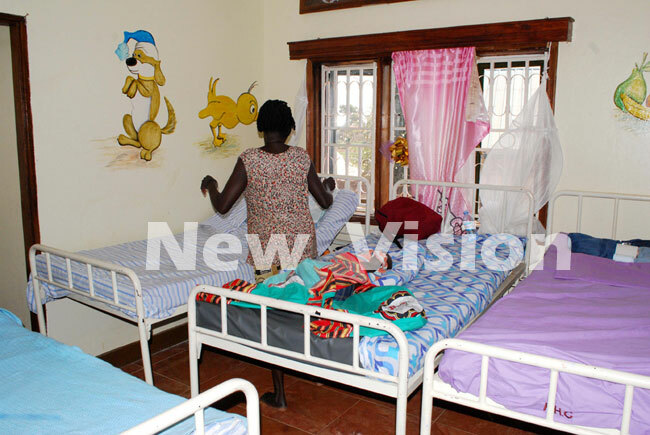 One of the patients' mothers laying a bed in one of the rooms in a Kawempe Home Care hostel. (Credit: Lawrence Mulondo)

Dr. Samuel Guma, a palliative expert and executive director at Kawempe Home Care, told New Vision that 75% of childhood cancer can be treated and a number of children can be cured.

He explained that this prompted them to establish the cancer hostel to enable families from long distances to access free treatment and accommodation.

"There are many cancer children who come to Kampala for treatment and they are required to stay for at least three months at Mulago Hospital. This comes with costs and some who can't afford end up leaving treatment and their children die of cancer."

The founders are looking to expand the cancer hostel to accommodate at least 300 cancer children in the country as they receive treatment.

Guma explained that  a donation of 179,000 Euros (about sh750m) from Give a Child a Chance, an Austrian Charity Organization, was used for development of the facility in three years. 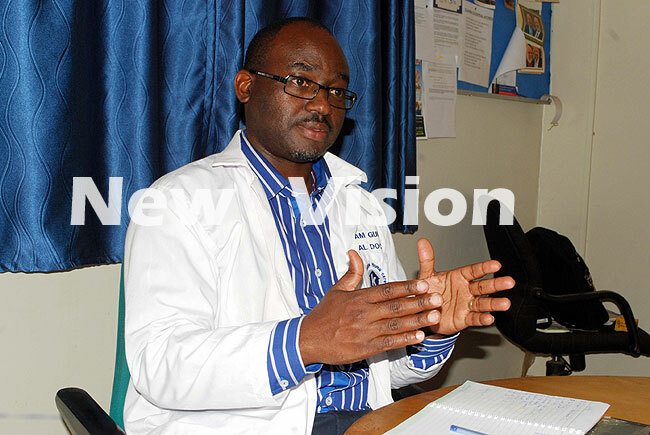 On July 27 and 28 (Thursday and Friday) this year, the Center will be celebrating its 10th anniversary.

The centre's resource mobilisation coordinator Primah Mugabekazi says that on the first day of this year's celebrations, the centre will run a free medical camp at Pimbasi Secondary School in Bwaise and the following day, it will have the celebrations at its home in Erisa Zone in Kanyanya-Kyebando.

Founded in 2007, Kawempe Home Care was established by five members to care for HIV/AIDS patients in the areas of Kawempe, Kasangati and Kyebando; to ease access to drugs and food boosters for survival.

It is a private nonprofit, community organisation in Uganda. It provides the most disadvantaged people in the community with medical treatment as well as psychological, emotional and social support. KHC is committed to preventing the further spread of TB and HIV in the community.

Founding members included Guma, two nurses and counselors with a startup capital of $100 (which was sh260,000) at the time.

The team recruited about 15 volunteers within the area, who were required to move around from place to place searching for HIV/AIDS patients. They would also ensure that they kept them on the supply of ARVs.

The volunteers were also mandated to offer guidance, counseling and testing to HIV/AIDS patients. 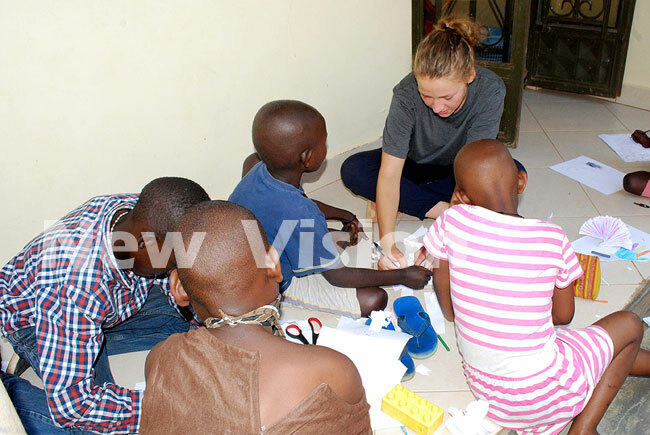 Lara Treff, a volunteer from Germany, helping out some of the patients at Kawempe Home Care with their art work. (Credit: Lawrence Mulondo)

HIV/AIDS patients under the stewardship of volunteers would move to Joint Clinical Research Centre (JCRC) in Mengo, Kampala to get access to the antiretroviral (ARV) drugs.

At the time of establishment, it had its headquarters in Kasangati along Gayaza road in Wakiso district, but later relocated to Kyebando.

The foundation later expanded and started taking care of patients suffering from tuberculosis. This was after many HIV/AIDS patients were found to also have TB.

"We were prompted to set up the facility during an outreach in the area. There were many patients at the time and drugs were inaccessible yet patients were worsening," said Guma.

Kawempe Home Care has set up several income-generating activities in the area including piggery and mushroom growing to over 200 HIV/AIDS and TB patients attached to the organization.

It has since provided scholarships and bursaries to 145 children at several vocational institutions, secondary and primary schools in the country.

They have also extended immunization to children, and are offering treatment and guidance for HIV/AIDS pregnant mothers in the area.

"We also ensure that mother-to-child HIV/AIDS cases are avoided through counseling and ensuring that patients take drugs according to doctor's instructions," says Sarah Komugisha, the manager for medical services at the facility.

More so, the centre wants to build a long-term, safe, and secure environment for children with cancer. In March this year, it launched the '1000 for 100 campaign'. The idea is that if we could get 100 friends or partners to raise US$1000 each, then Kawempe Home Care's New Hope for Children hostel could have a permanent home. 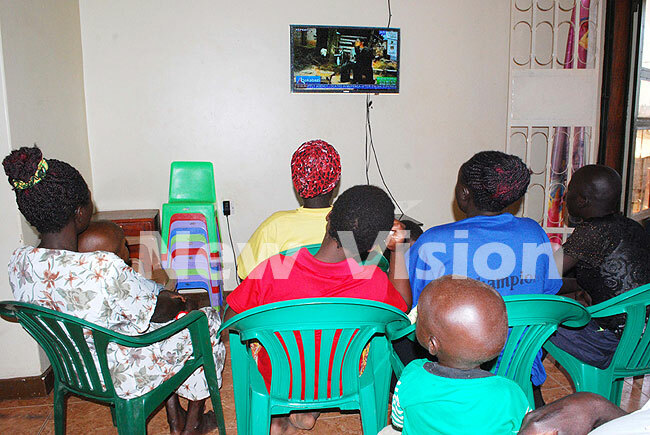 Some of the patients and their parents at Kawempe Home Care watching television at the home hostel. (Credit: Lawrence Mulondo)

Komugisha raised concerns that the number of beneficiaries are increasing and they are overwhelmed by the numbers of helpless patients who come without enough clothes and other basic requirements.

She is also concerned about the several HIV/AIDS patients who fear to go for testing and are silently suffering from the scourge without receiving treatment.

"We are lucky that the ministry of health is providing free drugs to both HIV/AIDS and TB patients. But many patients are still reluctant to come for testing, and are dying silently."

Joyce Nakyaze, 59, is one of the pioneer beneficiaries of the HIV/AIDS treatment at Kawempe Home Care, and later a volunteer. She says at the beginning it was hard for them to access antiretroviral (ARV) drugs, testing and counseling.

"We can now easily get drugs and other services, thanks to the people who started this centre."

Patrick Nsamba, the LC1 chairperson of Erisa Zone in Kyebando, says the organization has helped HIV/AIDS patients over time to live a better life.  "Many people were living with HIV and could not access drugs on time, until this centre was opened."

He adds: "I commend them for the outstanding work and service to the public and Uganda."

The centre has in the past been recognized by both local and international communities for helping patients in the country.

The awards include 2015 Global Partnership award for communication by Global partners in Care (USA) and the 2016 Golden Award by medical Access (Uganda) for outstanding performance in logistic management of HIV/AIDS related commodities.

They were also awarded in 2014 by International Palliative Care leadership Development Initiative Ohio as a leading palliative care organization in Uganda.