ICC to facilitate public viewings of Ongwe...
Next Story

Inflated costs, soliciting extra monies to sign off requests and delays in releasing funds are some of the bottlenecks likely to collapse the youth and women fund projects.

The rot was revealed during a briefing by the Minister of Gender Labour and Social Development, Janat Mukwaya, on Tuesday after her nationwide monitoring tour of projects funded under the initiative meant to curb poverty and the high rates of youth unemployment.

The tour that started in April this year has so far covered the Karamoja, East, Central and parts of the Western region.

Citing an example of Nakasongola district, Mukwaya, revealed that the sub county chief had added sh5m to the sh7.5m that had been requested by a group.

According to the minister, officials at the districts were also cutting down recipients' budgets and spreading the money to several other projects. This has since made several groups fail to implement their projects.

Having sub county chiefs and their accountants as signatories to women and youth group accounts has according to Mukwaya led to extortion.

"The officials demand for transport and other allowances but also out rightly demand for money before signing for the groups," she said.

The meeting attended by officials from both the Gender Ministry and the Ministry of Local Government was held at the gender ministry's headquarters in Kampala.

It was attended by, among others, Minister Tom Butime and the permanent secretaries of both ministries.

"I have observed that much as the Gender Ministry has endeavoured to its job although some officials at the district and sub county were not playing their roles and thus failing some of the projects," she said.

The two ministers have since issued a stern warning to officials ‘failing government projects'.

According to the permanent secretary in the Ministry of Local Government, Ben Kumumanya, the feedback has come in quite handy for their inspection. 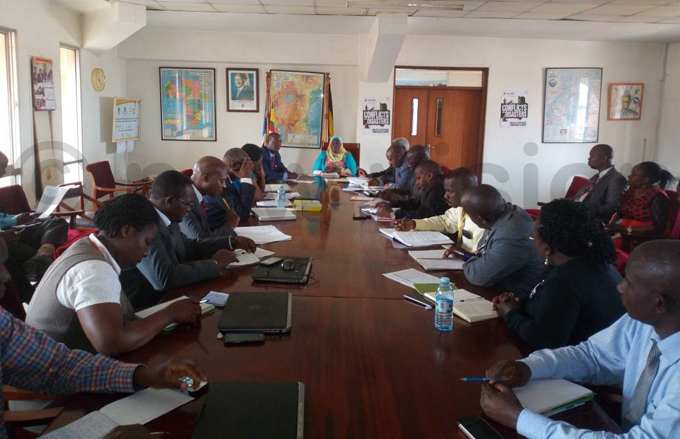 "The principal government programme implementers are the CAOs and sub county chiefs. We are going to make follow up on the information shared and appropriate administrative action will be taken against any officials implicated in wrong doings," Kumumanya pledged.

According to Frank Mugabi, the spokesperson of the Women Entrepreneurship Programme at the Gender Ministry, they usually communicate to the group about their requests. This is meant to help them follow up with the district officials.

ii.     They access the Expression of Interest forms from the sub county or division within their locality

iv.     Accessible to both existing and new groups,

v.     Formal registration of groups not a pre-condition for access (but encouraged after access of funds as part of enterprise sustainability).

vi.     The programme is implemented through government structures. The Community Development Officers at Sub Counties and Divisions are the programme Focal Persons.

•     There is no interest for repayments made within the first twelve months;

•     Only 5% per annum surcharge for the repayments made after the initial 12 months;

•     Flexible repayment period of 1-3 years depending on the nature of the project;

•     Accessible for both existing and new groups;

•     Formal registration of groups not a pre-condition for access;

•     No administrative fees levied on any application;

•     Promotes active participation of the youth at all stages of implementation through the Youth Council Structures; and