Kirinya Jinja to unveil Ayeikho as head coach
Next Story

PIC: Paul Mucureezi (shirt 17) celebrates one of his four goals of the day with teammates on Saturday. (Photo credit: Michael Nsubuga)

KAMPALA - Paul Mucureezi scored not once, not twice, not thrice, but four times as Uganda made easy work of South Sudan in the 2018 Africa Nations Championship (CHAN) qualifiers second leg in Kampala on Saturday.

After failing to pick up a win in a goalless first leg in Juba last week, Uganda Cranes knew the return leg presented a must-win challenge for them to remain on course for a place in the finals due in Kenya early next year.

Now after a comprehensive 5-1 victory in the familiar comforts of home, Uganda will play against Rwanda, who eliminated Tanzania thanks to the away-goals rule on Saturday. That return-leg game ended 0-0 in Kigali after a 1-1 first-leg draw last week.

The two will compete over two legs in August to decide who makes it through to the finals.

In Kampala, after a drab opening half-hour largely dominated by the hosts at a filled Star Times Stadium, the flood-gates were finally flung open, offering a promise of a goal-infested remaining one hour of playing time.

Derrick Nsibambi headed Uganda in front in the 33rd minute, although in the process, he clashed with opposite keeper Daniel Khamis Dak mid-air. The strike sparked the home crowd into celebrations but the KCCA FC attacker did not have the luxury to celebrate as he remained down (pictured below), requiring swift medical attention. 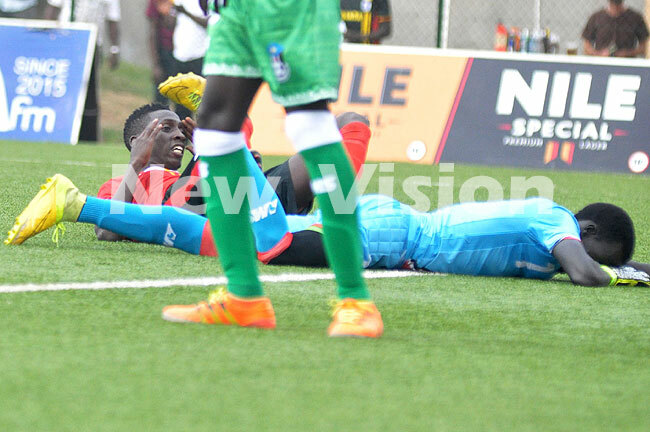 It was such a violent, worrying clash that Nsibambi had to be stretchered off for extended care. He managed to get back on, but not for long. Another nasty fall a few minutes later confirmed his exit for good.

Hardly six minutes after coming on, Mucureezi opened his own account of the evening with The Cranes' second to ensure the home side broke off for the break with the advantage.

But he was not done yet.

After the interval, Mucureezi made sure to return with his scoring boots intact. He netted three goals in a space of ten second-half minutes to more than give Uganda the softest of cushions in a one-sided affair.

It had been a while since Ugandans had seen one of their own score a hattrick in an international match. But four goals by a single player made such memories even dreamier!

Everything seemed to fall in the right place for Mucureezi on his national debut as well as on one his side needed victory.

It's not clear yet the degree of seriousness of his teammate Nsibambi's injury but the clash looked ugly.

Khamis Leon Uso offered the visitors some form of consolation with a late goal, but the damage had long been done. South Sudan out, Uganda still in it.

The two have now met three times, with Saturday's being the first win between the neighbouring nations. The first had been a goalless international friendly after South Sudan had just acquired its new status as the world's youngest nation. 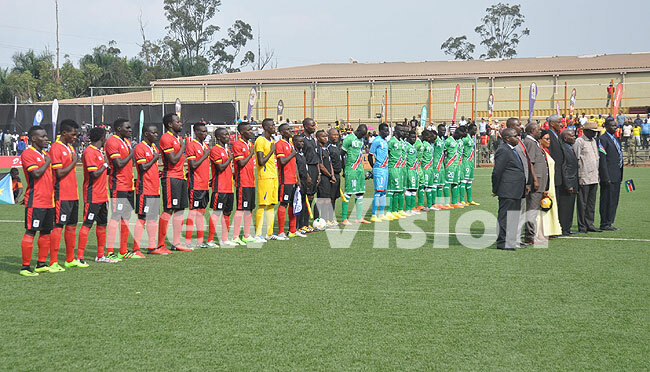 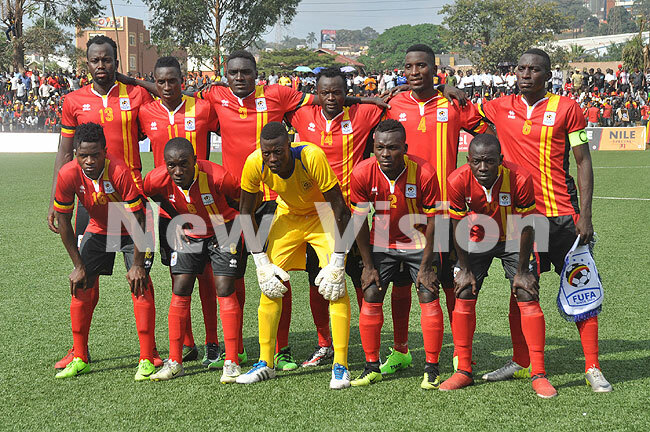 This is how Uganda Cranes started, with Ismael Watenga the man in between the posts 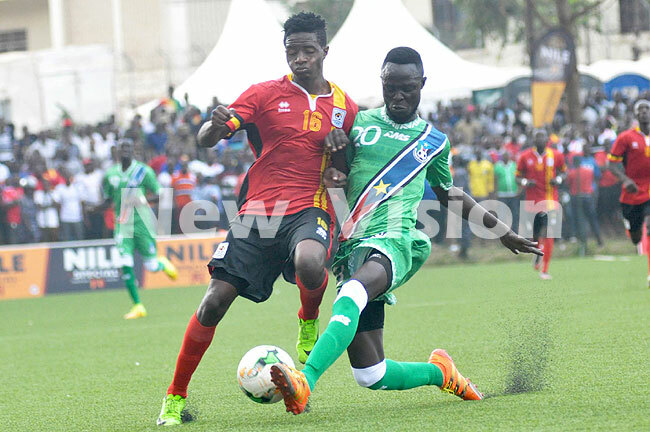 Once the ball was set in motion, it was time for business on the pitch. Here, South Sudan's Yassir Khemis challenges Cranes' Milton Karisa for the ball 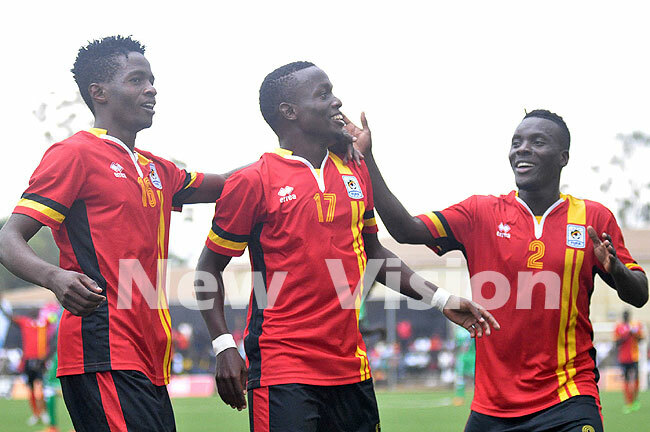 But the hosts had the upper hand, with their dominance reflected in a 5-1 scoreline, four of which goals were scored by Paul Mucureezi, pictured here celebrating a goal with Isaac Muleme (2) and Milton Karisa (16) 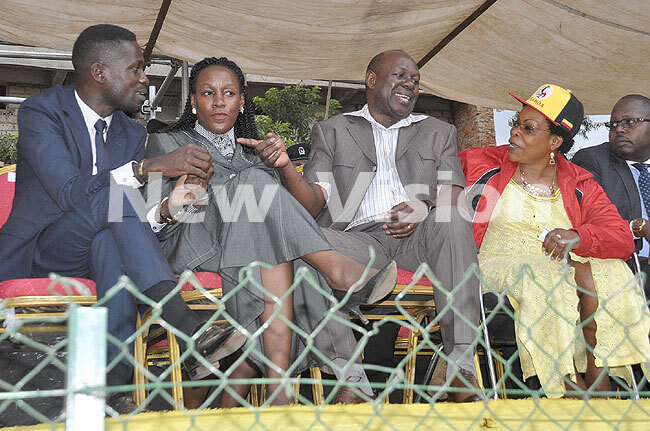