Polio Fund launched in honour of Sam Owori
Next Story

Buganda to begin compiling clan history into a book

“While being entertained, your brains get more sharpened and the body becomes stress-free hence living a happy life,” said Mayiga.

“While being entertained, your brains get more sharpened and the body becomes stress-free hence living a happy life,” said Mayiga.

The Buganda Prime Minister Charles Peter Mayiga declared arrangements by the Kingdom to document all facts about the 52 clans in the kingdom and compile them into one book with an aim of making a reference for researchers and future generations.

While addressing authors and publishers during the first Buganda Book fair at the kingdom headquarters Bulange, Mengo Mayiga said that there are ongoing engagements to gather and compile all the necessary information about Buganda clans and the process will be completed soon.

The book will include: history, culture, norms and roles of each clan, some of which will need to be revived and taught to the young people because they are still beneficial to society. 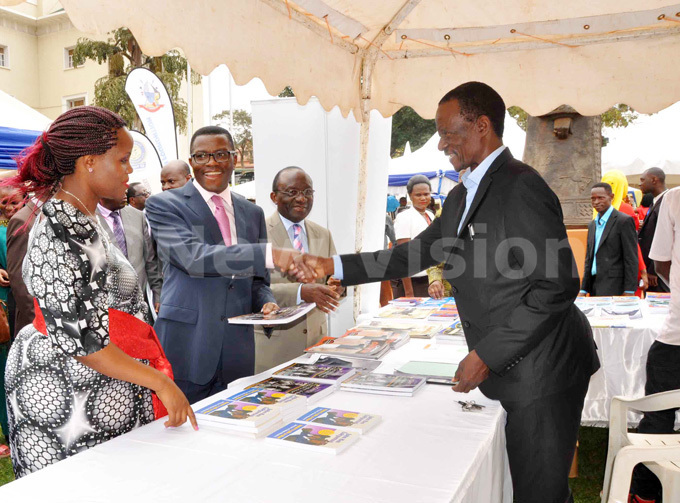 He said that like many other books, this book will be placed in the Kingdom Library and other libraries such as the National Library of Uganda, and Makerere University Library among others.

Mayiga also stated that reading can also be taken to be an entertainment aspect adding that instead of people taking much of their free time on watching movies, they ought to take time and build the culture of reading.

"While being entertained, your brains get more sharpened and the body becomes stress-free hence living a happy life," said Mayiga.

He advised upcoming writers, to always write or record and keep whatever comes to their mind at a time, then after gathering different articles; they will get professionals who can help them turn their short stories into a complete book that is readable and enjoyable.

"Writing is not only for geniuses or those with an intelligence quotient (IQ) higher than ours; anyone can be a writer so long as you either have a True story to tell, or a creative story," Mayiga who wrote books like ‘Buganda ku ntikko' and ‘King on the throne' told fellow authors.

On this, the Kingdom state minister of education Prosperous Nankinga explained that creative writing is the most selling and attractive field which can neither be duplicated or copied by someone.

She however said that True story telling requires too much research and reading.

Mayiga further advised schools to put more emphasis on the two common abuses which have always been imposed on Africans such as being unpunctual and lacking the culture of reading. 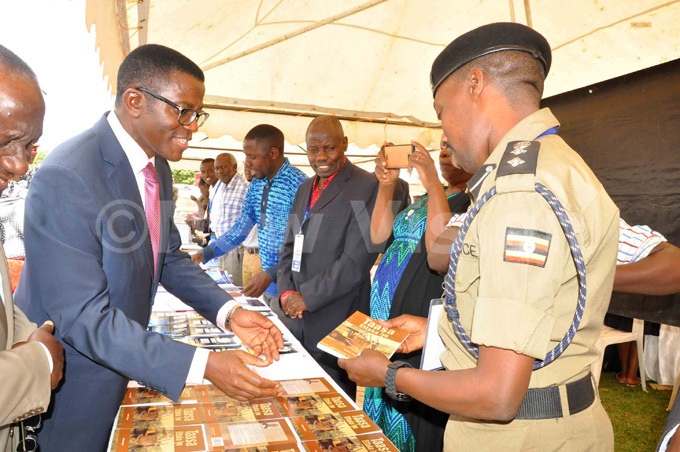 "Whenever I think about those two aspects, I feel like I'm being insulted. But I'm sure if we begin by instilling the art and love for writing into our children, punctuality and reading cultures will shape themselves into their morals," he proposed.

New Vision printing and publishing company limited also took part in this exhibition and according to Robert Tumuhamye a circulation supervisor, the company is a stakeholder in not only writing books, but also printing, publishing, marketing and circulating products of writing.

"All these publications have been offered to the public at subsidies prices and the reason we are taking part in this books fair is that we are a winning company in the field of writing, printing and publishing," he said.

Tumuhamye also stated that New Vision offers other services to writers such as compiling and printing their products at the cheapest prices possible hence urging players in the field to try Industrial area First Street and get more information about their needs.

He exhibited his books such as Natures talk to man-20 years of Kabaka Mutebi II and Uganda a creature of the federal doctrine.

He said that any institution that is looking for revival must value the art of literature citing an example of Israeli.

" Ugandans still need to know that every time they speak they are supposed to be teaching the world but what matters is what they are saying out, every time they read a book they are not wasting time but venturing into another matter of initiative which will benefit so many people so many years to come," said Lukyamuzi.

"Writing is Golden; the property I am here to display is called Taasa Ettaka lyo (Protect your land). 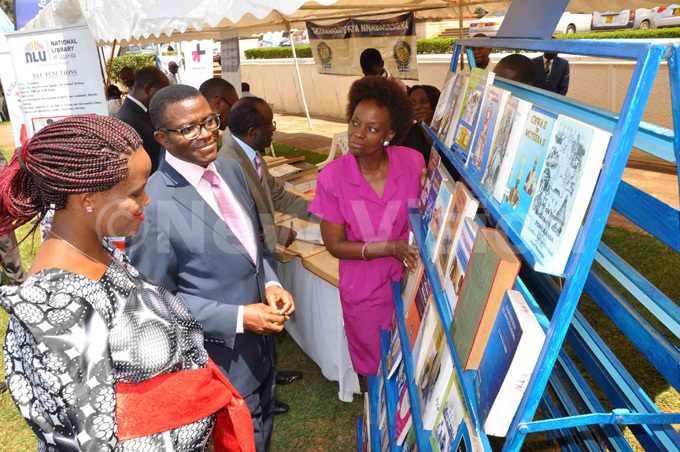 In land grabbing, Ignorance takes precedence, greed among the players and then corruption."

Kayima stated 53 factors that need to be addressed which will help Ugandans to fight the problem of land grabbing.

"Gone are the days where we say Ugandans don't read, if you don't want to read or seek for knowledge, prepare for trouble because criminals and  fraud stars are up with their game every other time.