Ministry, Eskom in sustainable energy use ...
Next Story

Twenty-three-year-old Jane Francis Namara, who was knocked dead by the NRM secretary general's car on Monday, had just graduated from Kyambogo University with a bachelor's degree in education, economics and French. 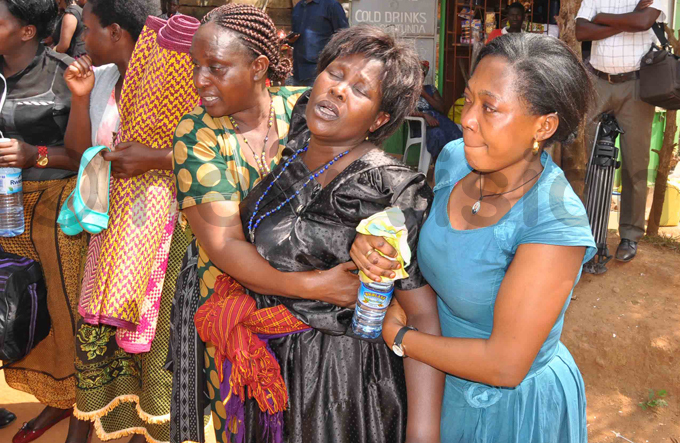 The deceased's mother Joan Kahangye (middle) being comforted by family and friends at the family home in Lweza. Photo by Ashraf Kasirye

She was pursuing a master's degree in higher education at the Uganda Management Institute (UMI).

Her father, Maj. Sebastian Kahangye (RIP), also died just like his youngest daughter (Namara), when he was involved in a car accident in Djibouti on November 22, 2009.

Kahangye was attached to the Eastern Africa Standby Brigade (EASBRIG) when he died in an accident that left three others injured.

The accident occurred on National Highway, 123km from Djibouti city.

Namara died on Monday near her home in Lweza, Kajjansi on the Kampala-Entebbe road, when she was knocked down by the vehicle which was carrying the NRM secretary general, Justine Kasule Lumumba. Her convoy was rushing to Entebbe for a meeting.

According to the deceased's mother, Joan Namatovu Kahangye, her husband was a teacher in the military and her deceased daughter was also pursuing her master's in higher education. 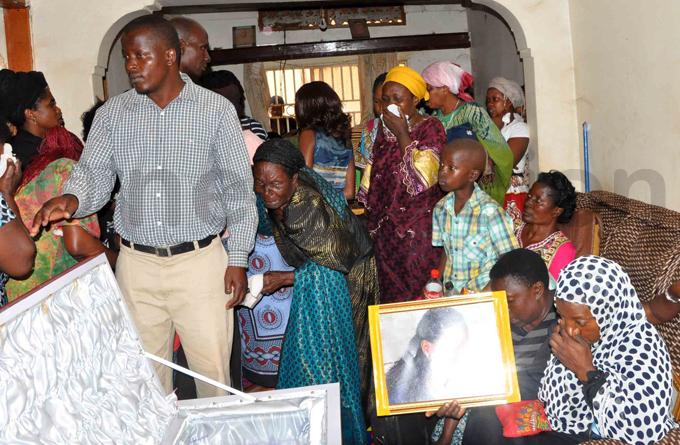 Tearful mourners viewing the body of the deceased at her home in Lweza. Photo by Ashraf Kasirye

An employee at State House Entebbe working as a typist and a secretary, Namatovu was at work when she received a phone call informing her of the death of her fifth and last-born child.

"I wanted to rush on a bodaboda, but my workmates calmed me down and helped me to return home in a vehicle," she narrated to New Vision.

"In the morning, I had given her (Namara) sh20,000 for transport to UMI because she wanted to lodge a complaint about her examination results. She told me she had scored 80% in one of the papers, but the result slip indicated 50%. She was upset and I left her in a bad mood."

The deceased's eldest brother, Kahangye Kaggwa, implored drivers of VIPs to always mind about the lives of pedestrians and other road users.

The NRM spokesperson, Rogers Mulindwa, on Monday said Namara was talking on a mobile phone while crossing the road just before she was knocked. 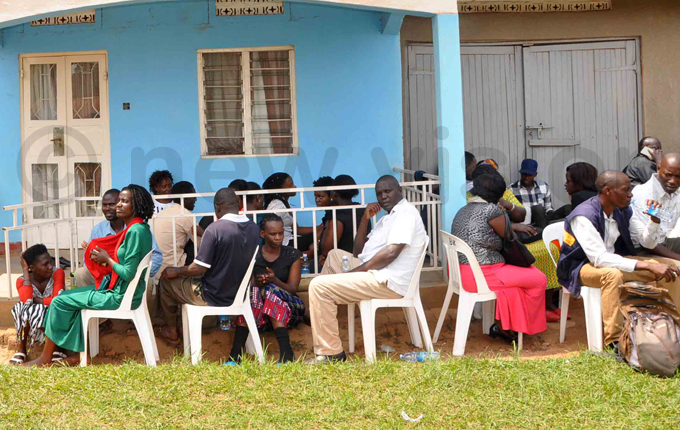 However, Kaggwa yesterday said "my sister was not on the phone. She was hit because the vehicle was speeding".

Mulindwa yesterday released another press statement, explaining that Lumumba visited the bereaved family in the morning and paid her condolences.

One of the bodaboda riders who witnessed the accident, Meddy Kakooza, attributed it to the fact that Lumumba's convoy had no siren on to alert other road users "yet it was moving at a very high speed".

Namara's body was yesterday transported to Bushenyi where she will be laid to rest today in Kiinamo, off the Kitagata highway.

Charles Ssebambulidde, the traffic Police spokesperson said they detained Lumumba's driver, Roderick Odonga at Kajjansi Police Station and that his file will be taken to the resident state attorney for advice on possible prosecution.

Man to hang for murder