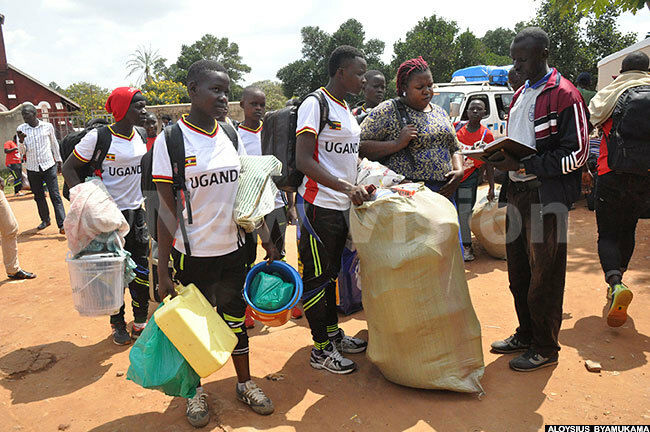 The week-long sports event has attracted a record 3,700 athletes competing in handball, netball, rugby 7s, volleyball and athletics. Pictured are some participants arriving for the event. 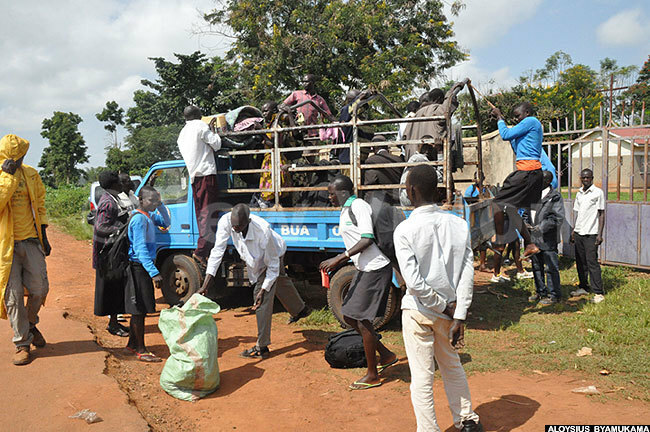 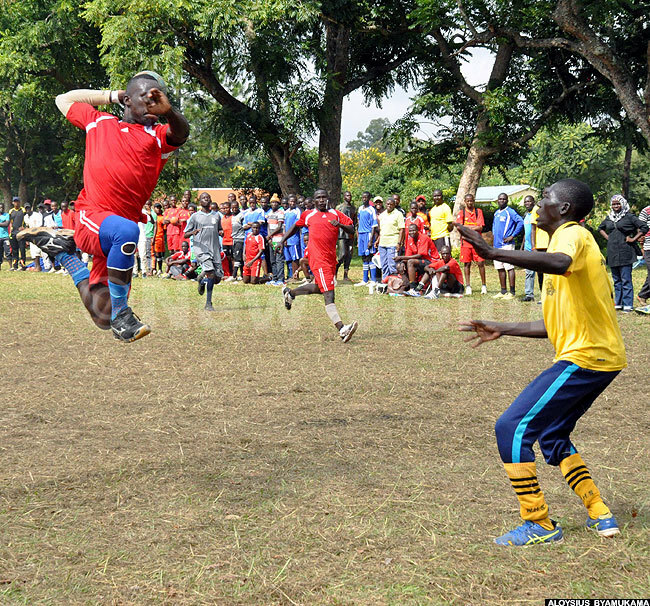 The got underway on Sunday, with a few opening games in handball, netball and volleyball. Pictured above is a Kakungulu Memorial handball player going for a shoot against a Wagwa goalkeeper. 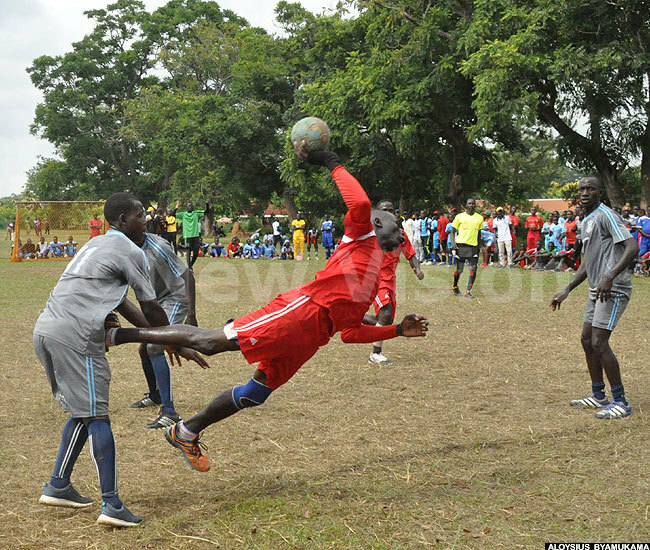 Hajji Ali Mugaga, the USSSA president, warned all participants and team officials against indiscipline which he said will lead to imprisonment for the culprits.

"You all have to stand warned of any indiscipline during the games as we have already notified the police to take action of whatever case that erupts during the games," he cautioned. 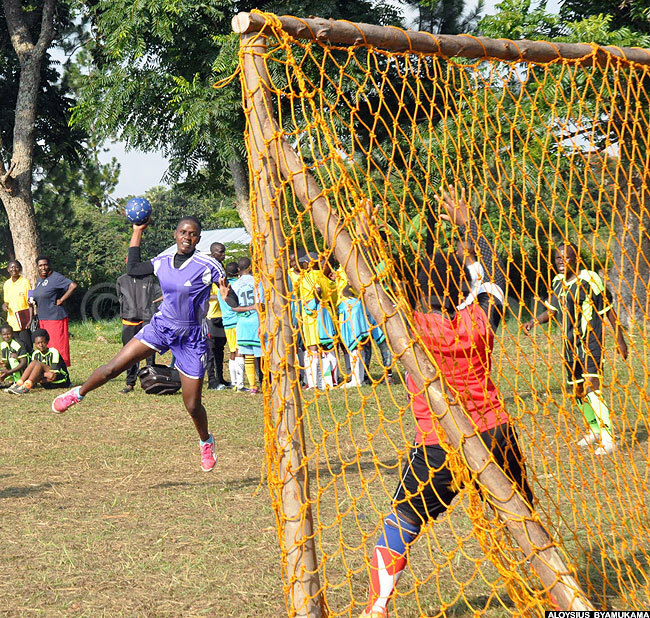 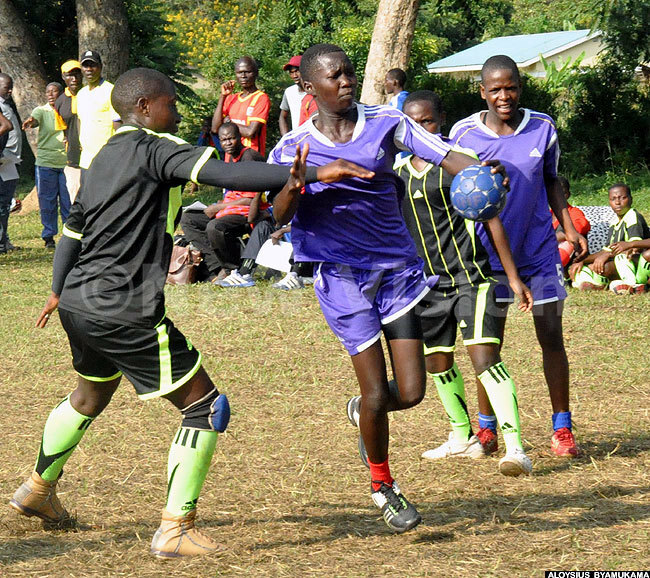 Kibuli SS proved too strong for Bweranyangi, beating them 18-4.

Dr Obote headteacher Fred Kiwanuka said they have prepared well for the accommodation and feeding of the visitors, but admitting that they faced challenges at the beginning  with overwhelming numbers of the participants. 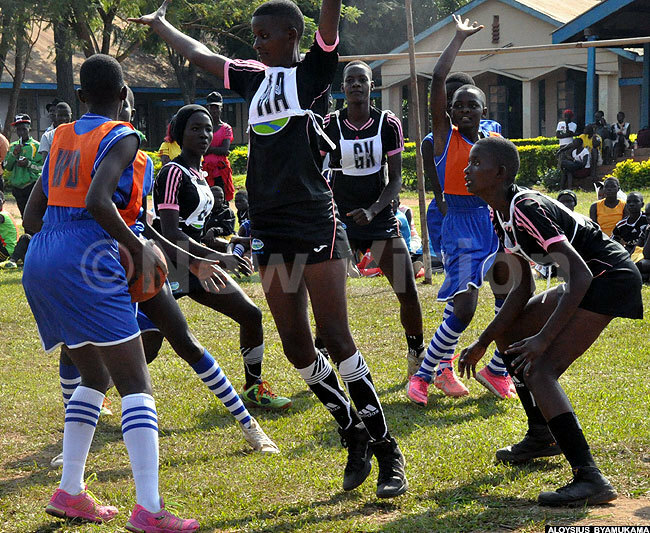 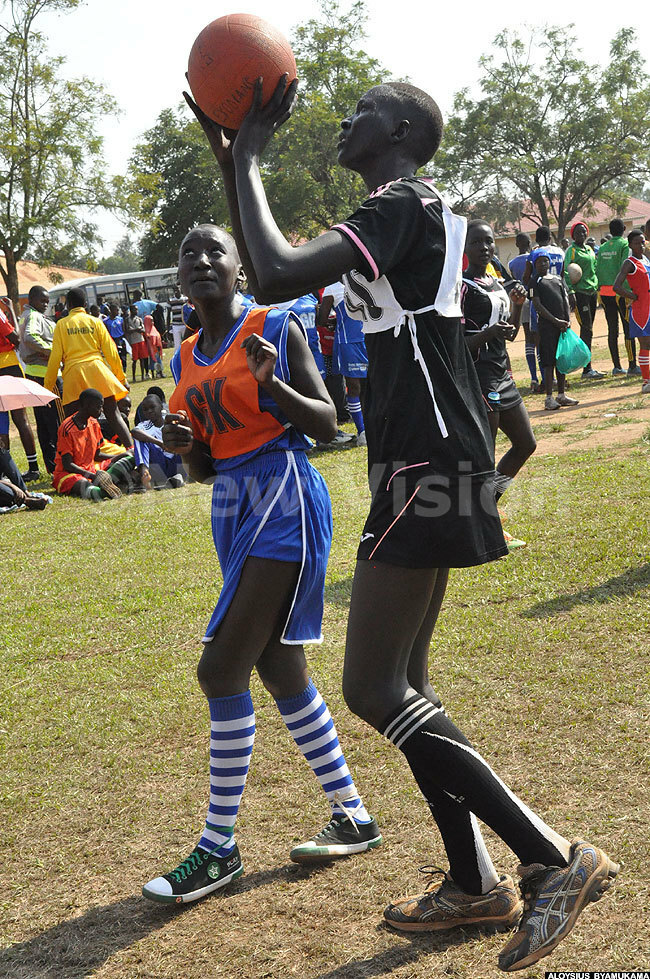 Sarah Yar, the games' tallest girl so far, scored 29 of the goals for Exodus.

Meanwhile, St Mary's Kitende Netball team started from where they stopped last year, with a 63-3 win over St Paul Mbulamuti SS, before thrashing Kiboga Progressive 66-10 to refresh their quest for a record 14th Netball title.

Mbarara's Welden School came off a tough Kakira to win their game 29-19.

However, Kitende boys did not turn up to defend the Boy's Volleyball crown, but girls defending champions Kinawa were 2-0 winners over St Elizabeth.

The games will climax on Sunday.