The 80-year-old Joseph Mugonza, fallen leader of Serulanda Spiritual Foundation, has finally been embalmed and preserved. 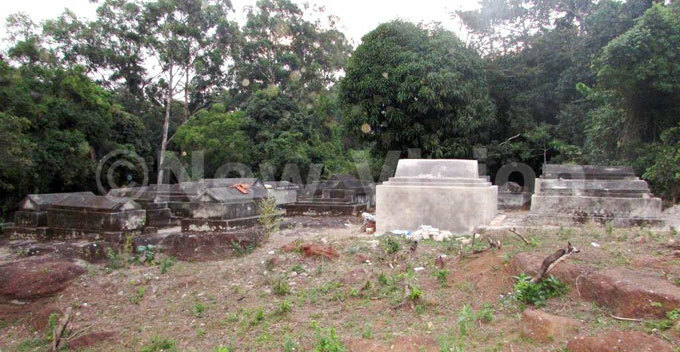 Mugonza died on Tuesday after a strange illness leaving over 14 children, eight from one mother and the rest from other women. He had reached a title of His Imperishable Glory (HIG Bambi Baaba Babuwe), according to his group.

"It's only the ordinary followers who are buried in the pyramidal graves while the leaders are embalmed and preserved in a special house which followers call meditation room," he said.

He added that plans to replace Mugonza are underway. "Anyone within our faith who has a title "The living saint or the living master saint" may succeed him," he explained.

Although embalming and preserving the dead is a strange practice in Uganda, Bijumiro-jumiro explained that it's common in some countries like Egypt.

He further added that some other countries embalm and preserve very important people in museums for the next generations. 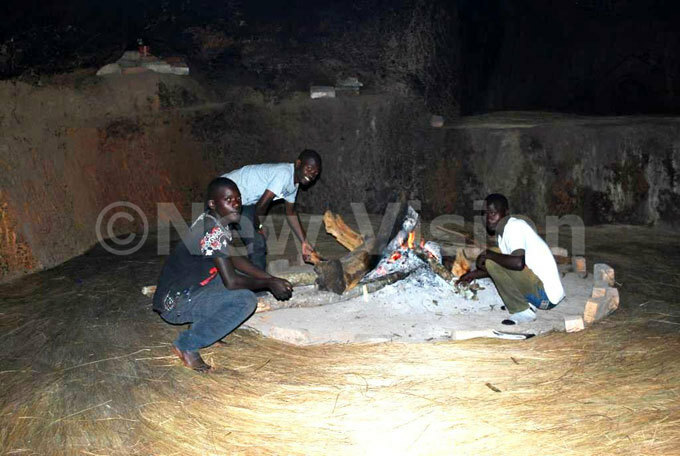 Mugonza dropped out of school in P.2 at Kabuwoko Primary School, but taught himself to read and speak good English.

He also managed to lure highly qualified professors, educated and business moguls from Uganda and across the globe to join his faith foundation.

By the time he passed on, he had registered over 1,000 followers. He also ventured in businesses like selling office glue and making herbal medicine and among others.

According to Bijumiro-jumiro, the Serulanda doctrine is based on Mugonza's spirit-inspired writings in form of books and different volumes in English and Luganda. 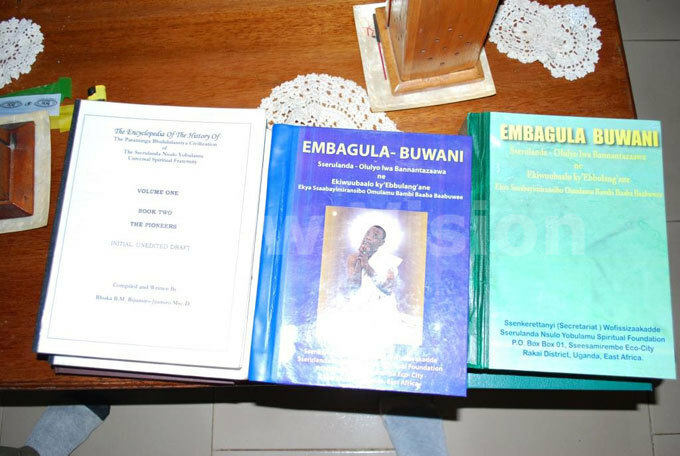 Some of the books used by the followers

"People think we don't believe in God which is wrong. We believe in the Almighty God, the superior God and the creator of the universe like other religions." He argued, adding that Mugonza was a perfect living saint.

Although Serulanda followers are complete vegans, most of them keep livestock to boost their livelihood.

Bijumiro-jumiro explained that not every follower is buried at the foundation graveyard except those who have made a will highlighting it.

"The will is processed by their legal team to avoid pulling ropes with their family members," he said. 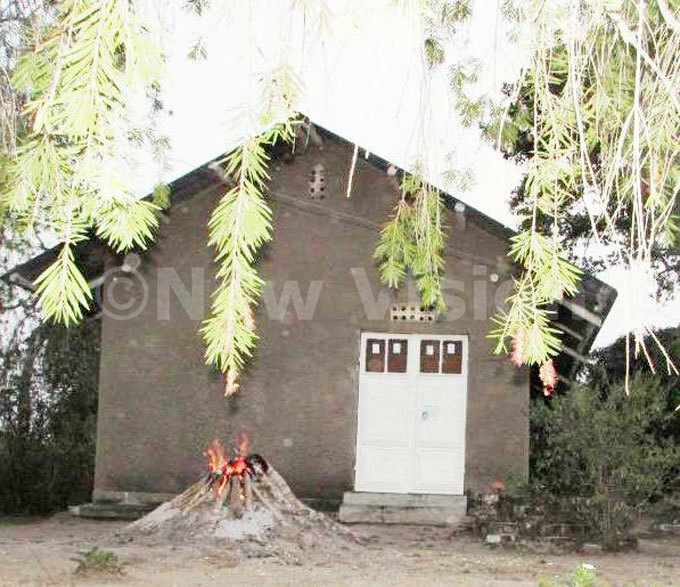 An embalming house where bodies of spiritual leaders are preserved. Non followers are prohibited from accessing it

Pyramidal graves of mature followers are known as "Butuulo". They are built on a rock in a graveyard.  Graves for youths or children are called "Bulazakkanya".

Bijumiro-jumiro believes Mugonza started performing miracles at only three years of age. At 12 years, he reportedly received a revelation to start a ministry in caves. He found some caves in Kabira sub-county in 1975.

His prominent miracles included healing of the sick and resurrecting the dead.

In 1987 during the cosmic world peace conference at the foundation centre, Mugonza is said to have prophesied that Mandela's release from prison for South Africa's independence and others.