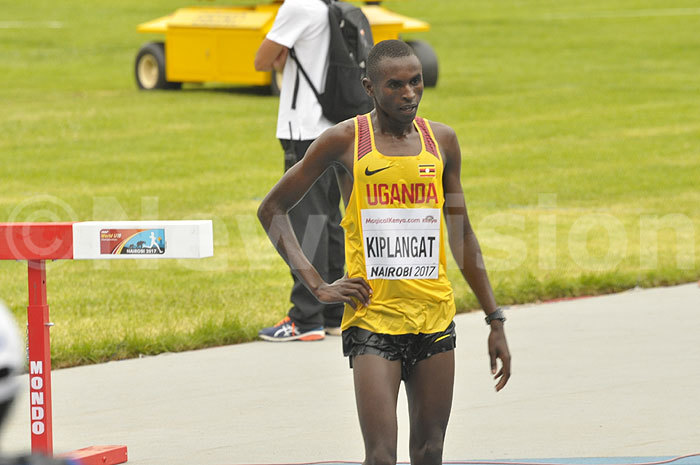 NAIROBI - Uganda's Hosea Kiplangat managed a distant 8th position, clocking a time of 3:55.48 in the 1500m final at the ongoing IAAF World U18 Championships in the Kenyan capital Nairobi and could not help but express disappointment at how the results turned out.

Kiplangat was only participating in his first international competition. "I am not happy because I wanted a medal. I lost on a medal," he said after the race.

"Next time I have to try hard when I qualify to participate in such an international competition."

But compatriot Daniel Kiprop, despite finishing 4th and narrowly missing out on a podium finish in the same 1500m final, has something to smile about, having set a new personal best of 3:51.82, knocking seven seconds off his previous best time (3:58.68).

Uganda's coach Alex Malinga has hailed the level of the Ugandan athletes at the Nairobi competitions as many are only participating for the very first time on the international scene.

"The Kenyans and Ethopians have been to several international competitions and have a lot of exposure, which our boys don't have," he said.

"But I am happy with the results they are picking. It gives us a good picture of what we should expect in the future. We will get better results."

Kenya's George Meitamei Manangoi won the final, clocking 3:47.54 and clinching his country's first gold of the competition as well as setting the stage for three other medals (one gold, two silver) for the host nation on the day.

Algeria's Oussama Cherrad came in second with 3:48.51 but he got disqualified for taking unfair competitive advantage, and the silver went to Ethiopia's Abebe Dassassa who clocked 3:48.65 a personal best.

Another Ethiopian Belete Mekonen took bronze, having clocked 3:50:64. He was then followed by Uganda's Kiprop.

Uganda is yet to feature on the medals table as the competition nears its conclusion. But there's still hope. On the final day, Sunday, there is Ugandan interest in two track events.

Titus Given Kwemoi and Oscar Chelimo will take part in the boys 3000m final while Joel Kiplangat will have to run a race of his life for a podium finish in the boys 2000m steeplechase final.

That's where Uganda's hopes for at least a medal lies.