A fontanel speaks volumes about your child...
Next Story

Busia border town in eastern Uganda is one of the districts with the highest teenage pregnancy rates in the country.

The town boasts of cross-border trade as its main activity, as well as gold mining and fishing on Lake Victoria and being one of the leading producers of maize in Uganda.

Busia is at the border with Kenya, making trade more profitable than in other parts of the country.

"We are one of the most blessed districts in the country, we have everything," says David Mulema, a trader in Busia town.

What is worrying though is that this young population, especially the teenagers and the future generation, may not be fruitful to the district due to the surging cases of teenage pregnancy.

A 2017 district report indicates that teenage pregnancy in the district stands at 28% above the national average which is 25%.

Busia Woman MP Jane Kwoba says majority of the girls are engaged in early sex because their parents are poor and not empowered economically.

"Our biggest challenge is poverty; parents are exchanging girls for money. They are promoting this vice of early marriage and not doing enough to fight it," she says.

The legislator says that men, especially truck drivers, are offering big sums of money to have unprotected sex with girls, which has escalated the HIV spread and teenage pregnancies.

With the high poverty levels in the region, Kwoba says that many girls are taken up by the money and in the end get unwanted pregnancies.

Majority of the teenage girls are neglected and in most cases left to suffer alone as single mothers. 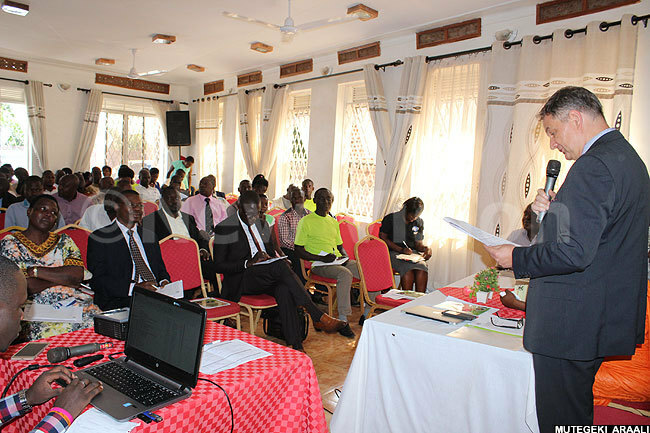 Bernard Bedhi, a resident of Kayoro village, puts the blame on police who he says connive with the perpetrators and let them walk scot-free.

"There is a lot of bribery at police, some parents take cases of defilement to police, but the criminals go and bribe and the case dies," he says.

Even local leaders have not played their part: Instead of following up on such cases or sensitizing the locals, they have accepted to always be bribed to keep quiet.

Were Mungu, a boda boda rider in Busia town, cites examples of about three cases he has seen being settled by the local leaders.

"Some men have their money, they just pay off the parents and the leaders to keep quiet about the case. But it is worrying they don't care about the girls. It is the parents who again suffer with these girls," Mungu says.

Boniface Oguttu, the Busia LC5 chairman, blames parents for not doing enough to protect their girls and secure their future.

"The biggest blame is on parents, they are the ones who connive with pertrators to kill cases at police. They negotiate and exchange money and by the time the case is taken to court, there is no strong evidence," says Oguttu.

He however underlines the economic activities that have escalated the problem in the district as gold mining, truck drivers, fishing and cross-border trading.

"These economic activities should be helping us develop but they are only escalating HIV, teenage pregnancies and early marriages," says Oguttu, adding that many men, when they get money, they spend it on young girls.

At some point, parents have been blamed for not doing enough to help young girls stay in school and avoid risky behavior that can lead to early sex and pregnancy.

However, Zakia Naigaga from Masafu village in Busia district, puts the blame on children whom she says are stubborn and don't listen to parents.

"Children no longer listen to our advice, if you advise a child against dating an older man, they threaten to take poison. We have seen children taking poison in this village because parents have cautioned them," says Naigaga.

Instead of letting the child lose a life by poisoning him/herself, Naigaga says many parents have decided to look on, with little being done to help them. She however attributes this to too much love for money by children.

"Many parents do not have enough money to look after their families, so when a girl gets a man who is providing money to her and the money is also helping the family, the parent will just keep quiet." 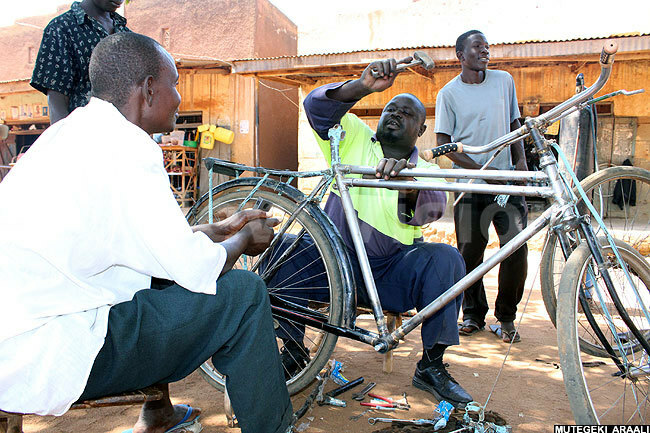 John Odoi, repairing a bicycle, says most men in Busia think that young girls do not have HIV

Fatuma Nantume shares similar sentiments with Naigaga, and she goes on to urge government to empower parents economically and offer more sensitization.

"We used to do cross-border trade [smuggling] but it was stopped and they introduced a lot of taxes. We have become so poor and have resorted to surviving on the money made by our children. Government should empower us with programs that can help us make money," says Nantume.

She encourages girls to stay in school and focus on their studies instead of running after men.

In places like Buteeba and Busitema where there is gold mining, the miners think young girls don't have HIV and is one reason they go for them.

This is however the same mindset in all other areas, according to John Odoi from Buteeba village.

"Many men think the young girls don't have HIV or AIDS, which is why they go for them. They forget about impregnating them and when it happens they abandon them," says Odoi.

They don't know about contraception

At Busia Health Center IV, health workers explain that majority of the teenagers do not have enough information about contraceptives, which has left them vulnerable to unwanted pregnancies.

Midwife Justine Muwanguzi explains that teenagers only turn up when they are pregnant.

"Sexual reproductive health information is still lacking among the parents and the teenagers. If they were well informed about condom use and other forms of contraception, we wouldn't be having these high numbers of teenage pregnancy," says Muwanguzi.

Every month, the health facility delivers about between 50 and 60 teenage mothers.

Muwanguzi says condom use is still low, with few young people picking condoms from the facility.

What can be done?

He pointyed out that Uganda's youth cannot be competitive with a high and stagnant teenage pregnancy. Cultural, social and at times policy barriers hinder young people's access to accurate age-appropriate information regarding their sexuality.