Rwanda opposition in uphill battle against...
Next Story

The Minister for Kampala looks to the forthcoming election to end internal wrangles in the taxi industry.

The Minister for Kampala looks to the forthcoming election to end internal wrangles in the taxi industry.

PIC: Members of Uganda Transport Development Agency (UTRDA) arguing over the taxi operators elections during a meeting of taxis drivers and conductors in Kampala on May 2, 2017. (Credit: Ronnie Kijjambu)

KAMPALA - The Minister for Kampala Beti Kamya has explained some of the proposed guidelines for electing leaders of taxi operators in the city.

Kamya told New Vision that the long-awaited elections will be on the basis of adult suffrage.

She, however, did not say when they plan to hold the polls.

"We shall also define who is a voter because we are doing it for Kampala and we don't want a taxi driver in Masaka or Kabale to come and participate in this election.

"You have to define the mechanism of voting, you have to establish the electoral commission, the method of voting, registration, verification of the voters' register," said the minister. Kamya (pictured above) looks to the forthcoming elections to end internal wrangles in the taxi industry.

"There are many factions in the taxi and boda boda industry and they [operators] are at war with each other. The presidential directive was that government will not be talking to factions; but to an apex body or the industry. That is why we need to get them to elect a body," she said.

The minister said factions can still have their own leaderships "but they should converge at the top with an apex body".

"This is the purpose of this election and all the factions really want this election. So we are just fine-tuning the guidelines.

"Kampala Capital City Authority (KCCA) attempted to hold elections some years ago but it collapsed for both boda bodas and taxis. So this time round we are trying to build on the KCCA original experience to ensure whatever we put in place holds and does not collapse.

"That is why it is painstakingly slow," explained Kamya. 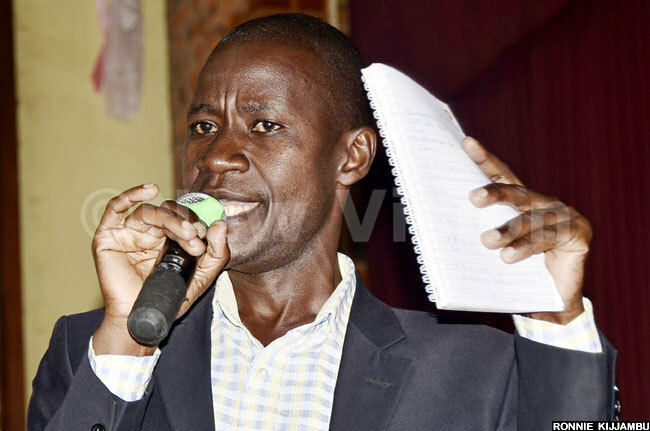 The Chairperson of UTRDA, Mustapha Mayambala, speaks during the May 2, 2017 meeting of taxi drivers and conductors

As for boda boda operators' elections, Kamya said: "Because there wasn't anything at all to build on, I wrote to the Lord Mayor [Erias lukwago] sometime last year, asking council to come up with an ordinance to guide the elections of boda bodas.

"I think council is doing something about that but the regulations for taxis are nearly done."

In November 2014, a section of taxi operators held their elections for different positions of leadership in and around Kampala amidst protests from transport managers allied to KCCA.

A group under the National Union of Drivers, Cyclists and Allied Workers (NUDCAW) and Uganda Transport Development Agency Limited (UTRADA), held the election at Nakivubo Stadium.

Voters without IDs to use location slips