Dirty data on Ugandans and toilets
Next Story

Most rural communities in Africa where the snake bites are rampant do not have potent anti-venoms.

Most rural communities in Africa where the snake bites are rampant do not have potent anti-venoms.

Here is a worrying statistic: Snake bites kill at least 30,000 people in Africa every year.

This is from a survey by Médecins Sans Frontières (MSF), which also highlights challenges in access to anti-venoms.

An estimated one million snakebites occur every year worldwide, causing 100,000 deaths, three times as many amputations and permanent disabilities, according to the World Health organization (WHO).

The study by MSF shows that most rural communities in Africa where the snake bites are rampant do not have potent antivenoms to treat victims.

An antivenom is a medication made from antibodies which is used to treat certain venomous bites and stings.

"Although there are several antivenoms available, there is insufficient data to support their safety and efficacy," said Matthew Coldiron, a researcher at Epicentre, an organization supported by MSF.

Coldiron shared his findings on snake bites at the first Epicentre Scientific Day conference in Kampala last week, where researchers from across the world mulled new ways to tame public health challenges.

His paper shows that most communities in Africa have a limited choice of antivenom because it is limited to certain types of toxins and remains too expensive. 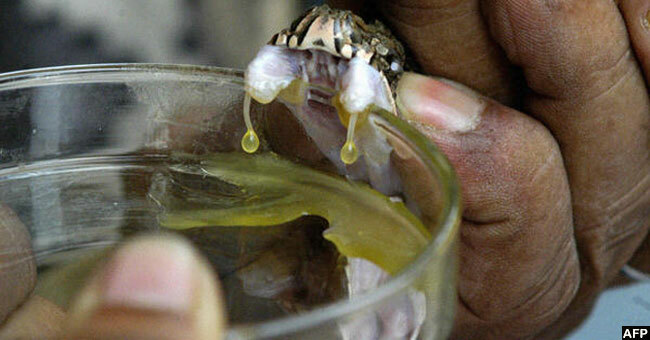 Coldiron suggests developing cheaper antivenoms through public-private partnerships because they are expensive to produce.

The most available antivenom in Africa is FAV-Africa (Sanofi Pasteur) but it covers 10 different species of snakes, yet some of the snakes may contain more than 100 different toxins and enzymes.

Worse still, production of the antivenom ended in 2013 and the last doses expired in June 2016, leaving the continent without a viable alternative.

According to Coldiron, several new antivenoms have entered the market in recent years, but there is insufficient data supporting their safety and efficacy, and they are much more expensive.

In Uganda, statistics on snake bites are scanty.

According to The Surgery, a Kampala-based hospital, the six deadliest types of snakes in Uganda include the puff adder (pictured below), Gaboon viper, Jameson's mamba, black mamba, forest cobra and the black-necked spitting cobra. 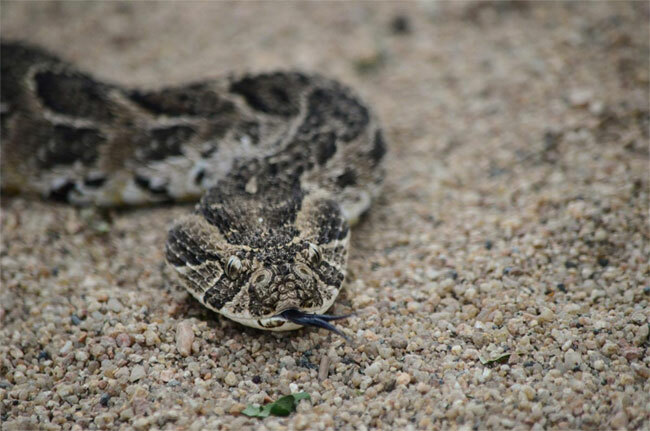 Bites by venomous snakes can cause paralysis that may prevent breathing while bleeding disorders can lead to a fatal haemorrhage, irreversible kidney failure and tissue damage.

Agricultural workers and children are the most affected. Children often suffer more severe effects than adults, due to their smaller body mass. Most of these occur in Africa, Asia and Latin America.

Any evidence of poisoning is supposed to be promptly treated with antivenom. However, the choice of antivenom depends on the local characteristics of snakebites and the availability of antivenoms.

WHO classifies snake bites as a neglected public health issue, a challenge prevalent in tropical and subtropical countries.

What to do if bitten by a snake

Try to squeeze the poison out of the hole (bite mark) and wipe it away in the first few seconds.

Immobilize the affected limb (moving and sucking will make it worse).

Don't use a tourniquet (bandage) to shut off the blood supply.

Go to a hospital as soon as possible so that a specific antivenon based on the symptoms is administered.

Jobs at the Education Service Commission