Harnessing the tourism opportunities in June
Next Story

“Since July 1, we have been managing four return flights in 70-seater planes."

“Since July 1, we have been managing four return flights in 70-seater planes."

A few months back, Rwanda started rebranding itself into a high-end destination. Among the key changes that were made to facilitate this evolution is its increment of gorilla tracking rates from $750 to $1500 (about sh2.7m to sh5.4m) per tourist.

This hike makes Uganda, its closest competitor, a preferred gorilla tracking destination for tourists, especially for the mid-ranger and budget travellers.

Rahim Azad, general manager of Serena Dar-es-Salaam, explains that given the above background, most Tanzanian tourists (especially primate lovers) are now choosing Uganda over Rwanda.

Until the start of July though, there were no direct flights from Tanzania to Uganda to facilitate easy movement of tourists, corporates and traders. As such, travellers with a preference for air means could only access Uganda via Kenya's Jomo Kenyatta International Airport or Rwanda's Kigali International Airport.

"This not only consumed a lot of time but also resulted into increased costs of travel," says Rahim.

In her commitment to making things better, Precision Air, a regional airline based in Tanzania, has resumed offering weekly flights from Entebbe to Julius Nyerere Airport via Mountain Kilimanjaro Airport. It started on July 1 since its previous withdrawal from the route in 2014. 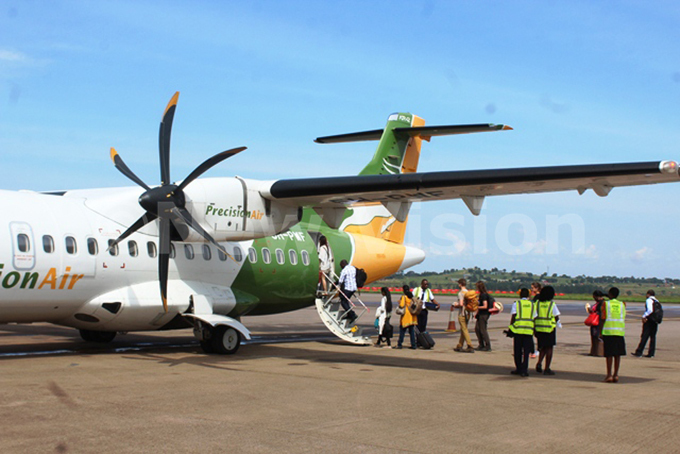 According to Sauda Rajab, Group Managing Director and CEO of Precision Air Services, her biggest surprise is that barely two weeks since they resumed trips, the traffic they are receiving is immense.

"Since July 1, we have been managing four return flights in 70-seater planes (each week). Most of these flights registered over 50% turnup of passengers," she says.

While she credits this positive reception to the discounted promotional travel packages they are offering, renowned aviation expert Prof. Wolfgang Thome, who is also former president of Uganda Tourism Association, believes it has a lot to do with the type of planes Precision Air is using - ATR 72 Planes.

"While these planes might not be the best commercial types, they have a solid reputation for safety and ability to deliver in time," explains Wolfgang, also an ardent traveller of the mentioned route.

In her opinion though, Pearl Hoareau of Uganda Travel Bureau, a Uganda-based tour operator, observes that positive reception of Precision Air by travellers is thanks to the fact it flies over a very scenic route. One with impressive attractions like the sprawling Mt. Kilimanjaro, crater lakes and plantations.

That aside, it is the high-peak season, a time of the year when tourists travel the most.

Overtime, the airline grew into a domestic airline providing connections to mostly tourists visiting the rich natural attractions around Tanzania. 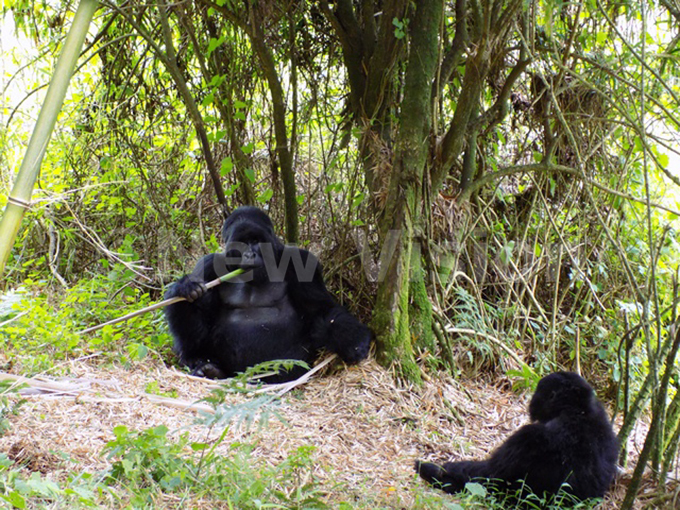 Gorillas snacking away on bamboo shoots at Mghahinga National Park. The number of tourists seeking to track gorillas has drastically gone up following Rwanda's increase of gorilla tracking rates

In early 2000s, it further grew into a regional airline, providing direct flights from Entebbe to Mwanza.

Before long though, it withdrew from the route (by end of 2014) with intentions of restructuring itself.  Fast Jet soon took over the route but opted out barely two years down the road (end of last year).

This begs the questio: What is wrong about the Daressalaam-Entebbe route?

Robert Owusu is the commercial director of Precision Air Services PLC. He says that one of the key setbacks that are suffocating the growth of the route is the many taxes that airlines are subjected to by Uganda's Civil Aviation Authority (CAA).

Such include government taxes, which in total is $106 (Uganda tax is $57, Tanzania is $49 while fuel surcharge is $100. At the end of the day, these taxes alone come to a net fare of $114, all of which are directly imposed on final consumers, the travellers. This translates to travel fares ranging from $300-$400 per seat in the economy class.

Owusu urges that if CAA offered waivers on some of the taxes, it would go a long way in making the route vibrant thus promoting travel to Uganda.

But he is quick to clarify that this doesn't mean that the route is not exclusive to tourists alone.

"Actually, our biggest clientele comprises of businessmen, mostly ferrying goods from Uganda to Tanzania. (...) considering the Ugandan shilling is weaker than the US dollar compared to Tanzania's shilling, businessmen profit more from the route as similar goods produced in Tanzania are more costly," says Owusu.

In response to the tax concern, Vianney Luggya, the CAA public pelations officer, says Uganda's rates are competitive in many aspects compared to its East African counterparts.

He says that for example, while their parking charges for the Airbus 320 at Entebbe is $20 valid for 24 hours, it costs $120 at Dar-es-Salaam Airport, $30 at Kigali International Airport and $59 in Bujumbura (Burundi).

Carmen Nibigira is the coordinator of the East African Tourism Platform, the regional tourism apex body put into place to lobby at the EAC level and at the level of national governments.

While considering that Luggya has a valid point, she implores the Ugandan government to support airlines like Precision Air so as to promote mutually-benefitting trade in the region.

Nibigira further prays for a day Tanzania will join initiatives that make travelling to East Africa much easier for foreign tourists.

One such is the single East African Visa, a system which enables tourists to explore Kenya, Rwanda and Uganda for a total of $50(visa fee).

The pillar of Lubyaâ€˜s learning

What others say about Faith Mubeezi