Despite failing to win the Victoria Cup on home soil, Uganda Golf Union president Johnson Omolo has hailed the team for putting up a great show against the experienced Kenyan side. 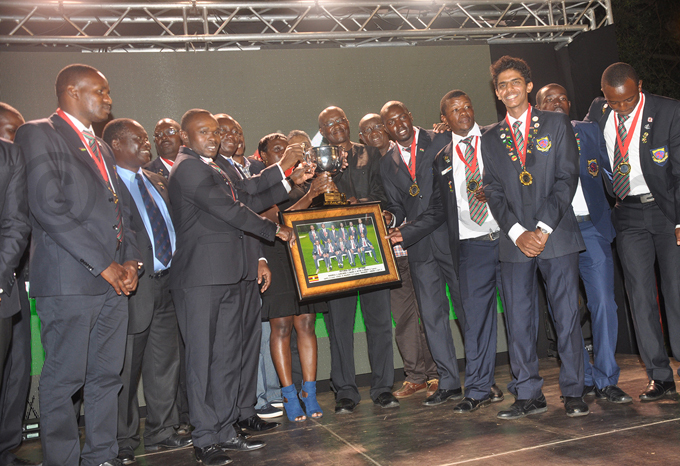 Kenya won the second edition of the tournament at Entebbe Club over the weekend with 14-12 points a feat that had them taming the Ugandan side for the first time at Entebbe Club.

"We congratulate team Uganda for putting up a spirited performance against a stronger and more experienced Kenyan side. We are happy that our new junior golfer David Kamulindwa from Toro Club played well and continues to perform well at the international level," Omolo noted.

"This event was a test and a precursor to the East African Golf Challenge due in Tanzania next month, and we shall make the necessary adjustments to the team to revenge against our perennial rivals," Omolo stated. 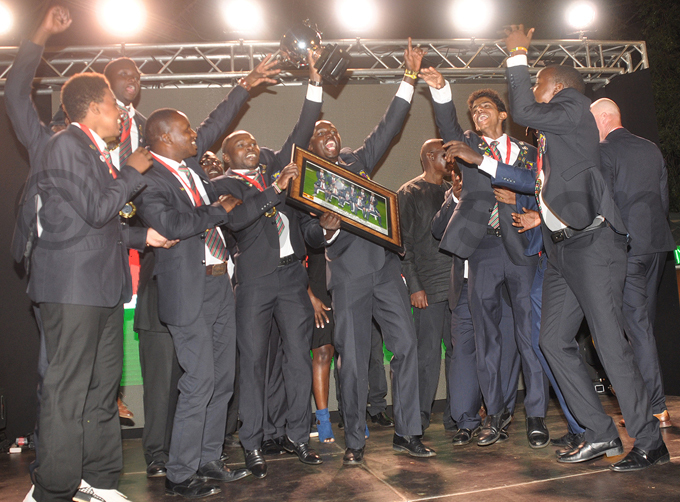 He said as the UGU they were happy with the team's performance and thanked team sponsors Johnnie Walker, ICEA, NTV, Western Premier Hotel, Central Inn and Pontaleo Kasangaki whose contributions made the tournament a success.

The tournament started with both teams sharing the spoils with 4 points each in the opening four-balls and foursomes on the opening day. But Kenya was edge their opponents by 2 points in the subsequent second round played under the same format.

The last round singles action ended on 5 points each, meaning the second round two-point advantage ensured Kenya won the annual competition. 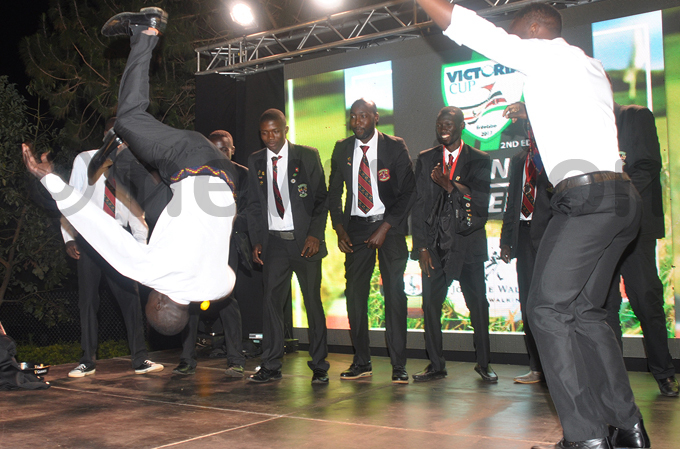 Uganda golfers Richard Baguma (L) and Becca Mwanja leads the Ugandan team on the dance floor after the tournament. Photo by Michael Nsubuga

"It shows that we have improved as a team in the past three years and our union has also stabilized so we hope to perform well going forward," Kenyan captain Alfred Nandwa said before he promised to win it again for keeps in Nairobi next year.

Senior national team rookies David Kamulindwa and Richard Baguma made a good account of themselves at the three-day tournament but the experienced players Adolf Muhumuza, Ronald Rugumayo did not get the right partnerships almost fighting it out alone in some games.

The Herman Mutebi-Martin Ochaya partnership that was also expected to take advantage of their home course failed to bond just like another pair of debutants, Davis Kato and Emmanuel Ogwang. 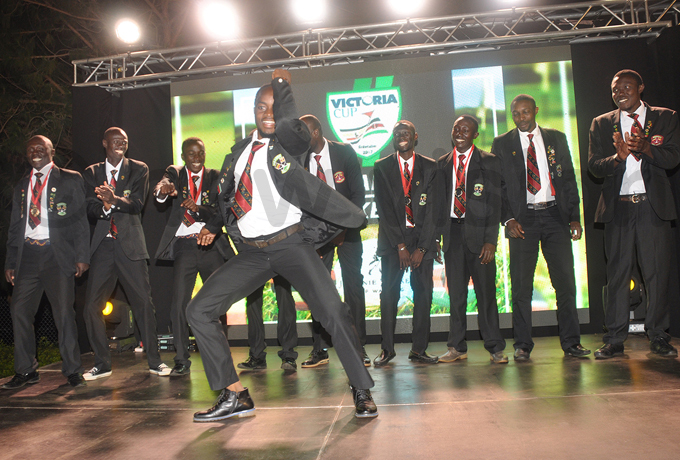 Team Uganda captain Becca Mwanja just like his coach Amos Kamya now wants the team to regroup quickly to ensure they can defend and win the East Africa Challenge in Tanzania next month.

"We hope we can camp in time to sort out the pairings to stand a chance of defending the challenge," Kamya noted

But it was all fun at the 19th hole with both sets of players engaging themselves in mini dance competitions and celebrating the friendship and East African Community brotherhood despite the ‘bad blood' on the course.

Otile up against strongest field ever as Uganda Open starts