Uganda joins the world to commerate World ...
Next Story

Bobi Wine at Parliament to be sworn in

His was escorted by hundreds of his supporters.

His was escorted by hundreds of his supporters.

Kyagulanyi will be sworn in during the plenary sitting that starts at 2pm. Before that, he and wife Barbie took a moment for a 'time-out'. Credit: Miriam Namutebi)

KAMPALA - Kyadondo East MP-elect Robert Kyagulanyi, also known as Bobi, arrived at parliament early afternoon ahead of his swearing in as the new area representative.

As soon as he had stepped out of his car, alongside his wife Barbie, Bobi Wine was met by a huge group of reporters eager to have his say on finally getting to parliament.

"The last time I was in parliament, I was in Primary One [in 1989]," he said, adding that this time, he had returned for work.

In his remarks, the MP-elect said he has brought ghetto to parliament.

On her part, Barbie said the physical journey from home (Magere) to parliament was "thrilling" bar incidents of some of their supporters being blocked by security at some points. 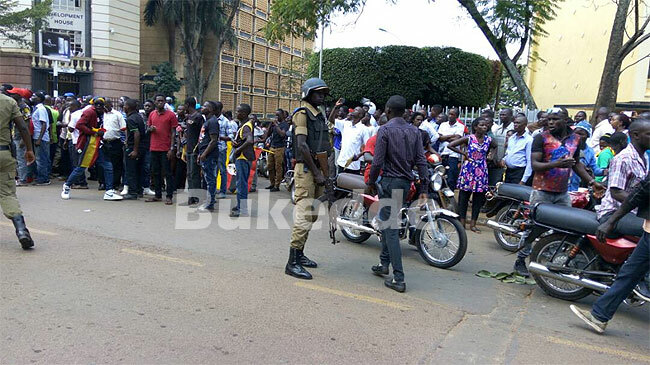 Earlier, Bobi Wine's car was escorted by his supporters, who were clearly drowned in excitement, blowing vuvuzelas and singing him praises along the way on a hot Tuesday mid-morning.

Bobi Wine was a first-timer in elective politics and his beating of seasoned politicians in a five-strong by-election was widely celebrated by his supporters.

On the eve of his swearing in, the 35-year-old together with his wife Barbie spent most of the day at their One Love Beach in Busabala giving back to their camapaign team, addressing journalists, taking boat cruises as well as cutting a lovely cake as they merried away into the evening.

Today, he will take the oath of allegiance, officially marking his entry into the 10th Parliament.

He looked sharp in a grey suit, black shoes and shades while his wife Barbie went for a red attire - a dress over a dress.

Friends and family were present as Bobi got set to make his way to parliament. Not forgetting Alex Kityo, a seven-year-old pastor who made news when he prayed for Bobi Wine at his campaign rallies.

Also known as Pastor Muto, the little boy won the hearts of many as he would step onto the rally stage and passionately pray for Bobi Wine's victory, not even intimidated by the mammoth crowd before him.

On Tuesday, he was pictured hand-in-hand between Bobi and Barbie as the couple waved to supporters before setting off. 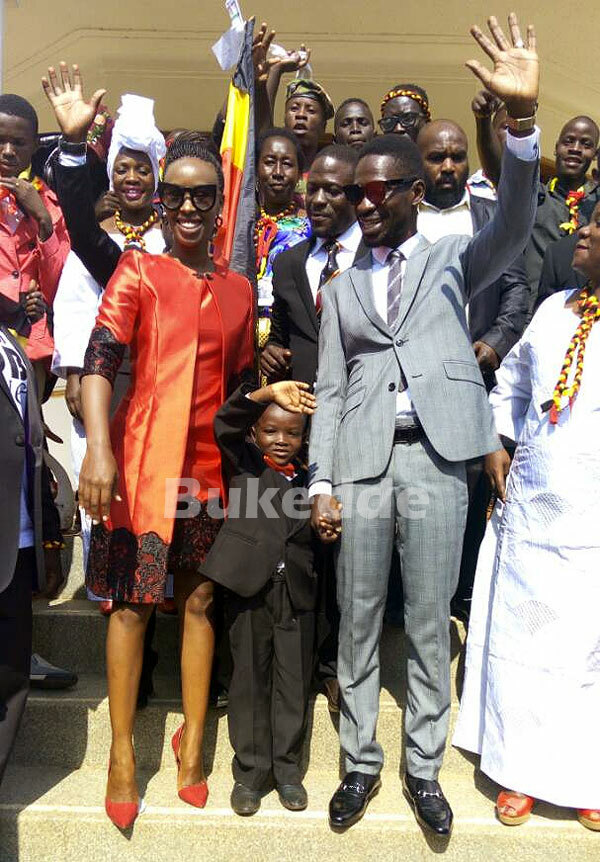 It's been an air of fanfare, somewhat carnivore-like as supporters did their best to make fashion statements, so the speak. 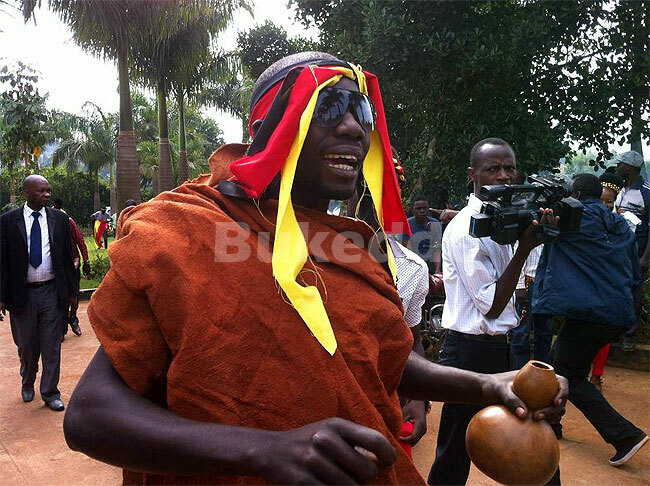 Bobi Wine to be sworn in as MP today

Lumala Is Back With A Real Bang