Home
NEWS
Media
Supplements
Tenders
Notices
Robert Kyagulanyi is set to be sworn in as the new MP for Kyadondo East.

Robert Kyagulanyi is set to be sworn in as the new MP for Kyadondo East.

Bobi Wine and his family and supporters at his home. (Photo credit: Ronald Buganda)

KAMPALA - While many of his supporters are still reeling from the after-effects of all the excitement around his election triumph, Robert Kyagulanyi, best known as Bobi Wine, is set to get down to the real business.

Later today (Tuesday), the 35-year-old will be sworn in as the new member of parliament for Kyadondo East after winning a hotly-contested by-election exactly 12 days ago.

When he takes the oath of allegiance at parliament during a plenary session, Kamwokya-born-and-raised Kyagulanyi will officially be making entrance into 'uncharted territory', this having been his first shot at elective politics.

He is entering the 10th Parliament as, preferably, a leader and not a politician. That's the image by which he wants to be identified, as he has said in a recent TV interview.

On Monday, he spent much of his time with his beloved wife Barbie at their One Love Beach at Busabala, among other things, treating his campaign team to a feast - a clear gesture of ‘thank you for making this work'. 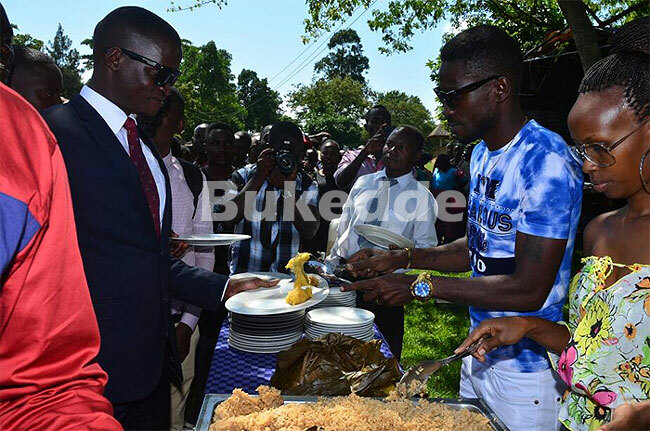 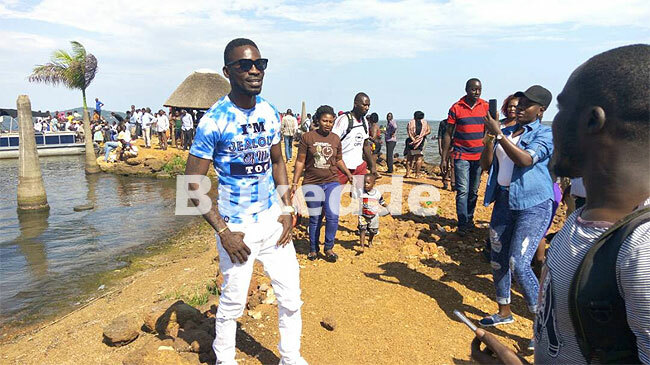 Flanked by wife, Bobi Wine - clad in white pants and a fancy T-shirt, with Barbie in a light floral top and Denims - he also put off time to address journalists, where he briefly talked about life in parliament, civility and his plans for Tuesday. Since his election victory, there have been reports that Kyagulanyi, who ran as an independent, is now being courted by the ruling party side as well as by the opposition in the House.

His reaction on this was thus: "I did not go to Parliament to sign any memorandum with any politician. I went to parliament to represent the people of Kyadondo East and that's exactly what I will do."

But, he did not rule out co-operation.

"I am willing to work with anybody that wants a better Uganda, no matter their political affiliation," he weighed in. 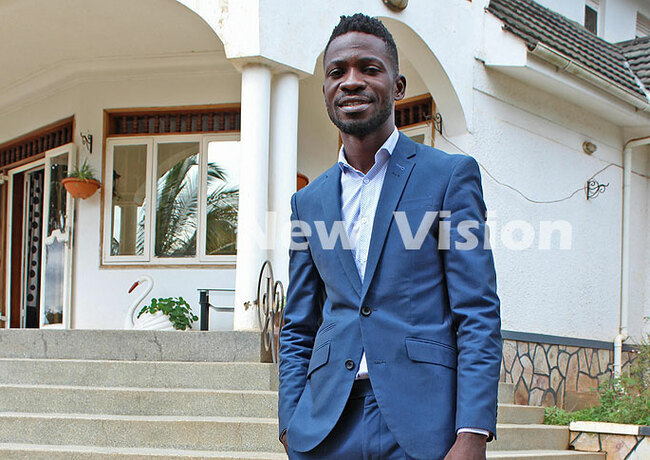 And what about that handshake with President Yoweri Museveni at the vigil of fallen veteran Ugandan politician and businessman John Ssebaana Kizito last week that got a section of Bobi Wine's supporters rumbling with unease on social media?

"I am a leader. And this country has a president. When I meet him on a function, especially on a funeral of a respected leader, it is only civilized that I greet him with respect. So my greeting to the president was courtesy," said Bobi Wine.

He also laid out his plans for his big day: when he gets to officially enter parliament.

"We will set off from our office in Kyadondo East at Ku Munaana and head to parliament early in the morning. Thereafter, we will proceed to Kasangati Ssaza grounds for a grand party."

Identify me as a leader, not politician - Bobi Wine