The body was taken to Kayunga Hospital for a post-mortem

The body was taken to Kayunga Hospital for a post-mortem

A landlord has been lynched in Kayunga over a land dispute. 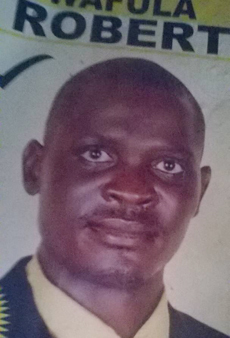 Robert Wafula, 49, who has been the parish councillor, owned a piece of land in the area and residents suspected that he had plans to sell it off to a businessman Peter Kivumbi for extension of his farm.

Residents surrounded and beat up Wafula as he inspected their main gardens.

The area LC1 chairperson Livingstone Kyaterekera said that there have been wrangles over the land between Wafula and the family of the late Samson Kaweke with each claiming to be the rightful owner of the land.

The body was taken to Kayunga Hospital for a post-mortem.