Not even the inconvenience of a catheter fixed to her bladder bothers her.  She sits in bed breastfeeding her three-month-old daughter. When the doctor moves to her bed, she smiles, saying she is feeling much better.

"I was confined to the house and feared to move out. I will now be able to work and look for school fees for my children," narrates an overjoyed Grace Moriku, a 30- year-old refugee, before her mother quickly cuts in. "I cannot believe that my daughter has overcome the shame of leaking urine!" says Layet Cizaria, 75. 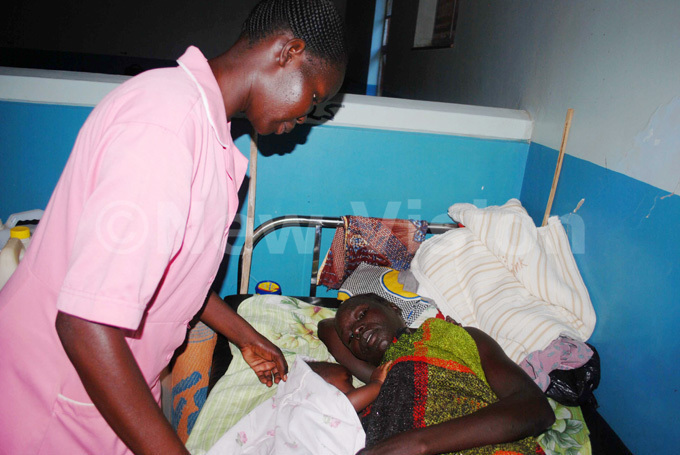 She delivered by caesarean section and a catheter was fixed to help empty the bladder since she was confined to bed.

Upon removing the catheter two weeks later, she realised she was continuously leaking urine. When she returned to hospital two weeks ago, the doctor admitted her, put her on medication and advised her to wait and get treatment during the surgical camp. 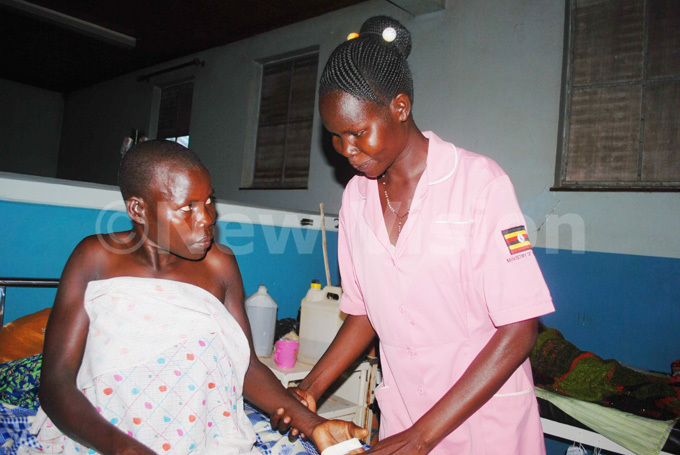 Moriku is one among the several fistula victims who had surgery during a fistula surgical camp at Adjumani hospital in West Nile region last week.

Michael Ojja, Adjumani hospital administrator said they organised a fistula surgical camp because they do not have a fistula surgeon yet they receive some cases of fistula patients from both the community and the refugee camps.

Aside, Ojja said the surgical camp was aimed at training health workers at the hospital. He said the camp also benefited the residents because they cannot afford to pay for fistula surgery services so they have to wait for free treatment.

One fistula repair costs between US$400 (about sh1.4 million) and the procedure lasts between 1-5 hours depending on the complexity of the case, explains Dr. Peter Mukasa a fistula specialist working with UNFPA.

Dr. Emmanuel Odar, fistula surgeon and senior consultant gynaecologist at Arua referral hospital who also conducted the surgeries said out of 100 people he screened, he was able to repair five fistulas which indicates that the number of women with fistula in West Nile region is reducing. 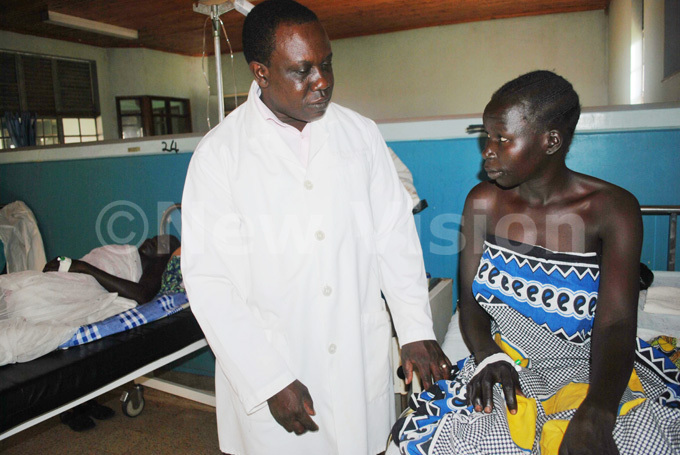 Dr. Emmanuel Odar talking to Grace Moriku during a ward round.

This is confirmed in the UDHS 2011 report on the situation of fistula in Uganda, with fistula prevalence in West Nile region standing at 2.0% as opposed to western region at 4.0%

Odar attributed the low fistula numbers in the region to the continuous fistula surgical camps which have helped to reduce the back log of cases.

He also says the routine fistula surgery done at Arua referral hospital supported by UNFPA and Amref-Health Africa where women are operated upon as they present has also helped the fistula cases to drop.

The surgical camp meant to offer only fistula surgery attracted women with other gynaecological problems like fibroids, uterine prolapse, cervical cancer and ovarian masses. Over 40 women in the reproductive age were diagnosed with pelvic inflammatory infections (PIDs).

Dr.Odar attributed the pelvic infections to a lot of sexually transmitted infection cases in the community that go untreated.

"Such untreated infections become chronic and block the fallopian tubes which are major cause infertility," he warns.

Vesicovaginal fistula is a tear that occurs during childbirth between the vagina and the bladder causing the urine to continuously leak, says Dr. Odar. 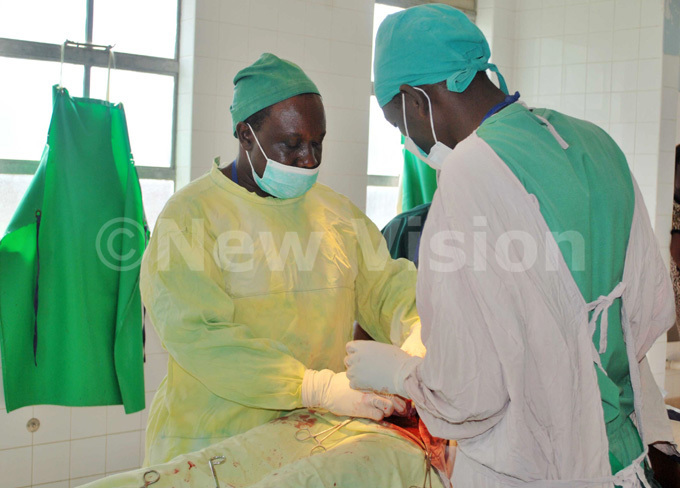 Dr. Emanuel Odar operating a patient during the surgical camp

He further explains that when a woman gets obstructed (prolonged) labour, the tissue in between the birth canal and the urinary tract undergoes decay within 5-7 days creating a hole which results into urinary fistula, although there are also cases of faecal fistula especially if the pressure is backwards.

Odar says unfortunately most cases of fistula due to obstructed labour result into babies dying.

"When you see a mother with fistula carrying a baby, then the fistula was due to surgery especially if the surgeon was junior and accidentally stitched the bladder together with the uterus.

Globally, UNFPA reports that there are approximately 3.5 million cases of fistula with up to 100, 000 new cases annually with majority being in Sub-Saharan Africa and Asia.