President Museveni says he supports the two-state solution of the Palestinian struggle for self-determination.

President Museveni says he supports the two-state solution of the Palestinian struggle for self-determination.

The two leaders met at the sidelines of the 29th Ordinary Assembly of the African Union Heads of State and Governments at the AU headquarters in Addis Ababa.

Abbas briefed Museveni on their liberation struggle for independence and assured his Ugandan counterpart that they do not support terrorism. 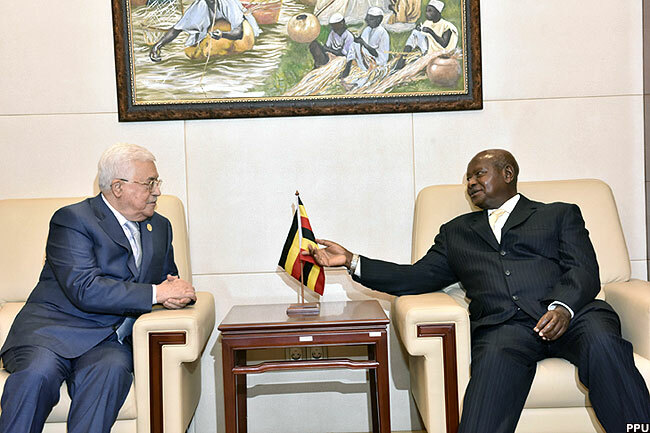 He said theirs is a peaceful, non-violent movement which believes in a two-state solution between Israel and Palestine. He invited Museveni to visit Bethlehem in Palestine.

On his part, President Museveni said he supported the two-state solution of the Palestinian struggle for self-determination and recalled with vivid and fond memories his earlier visit to Bethlehem at the invitation of former Palestinian leader the late Yassir Arafat.

Later, Museveni also received a special envoy of the President of the Republic of Kazakhstan based in Addis Ababa, Ambassador Yerlik Ali, who conveyed President Nursultan Bazarbayev's gratitude to President Museveni for his support for Kazakgstan's successful bid to membership of the UN Security Council. 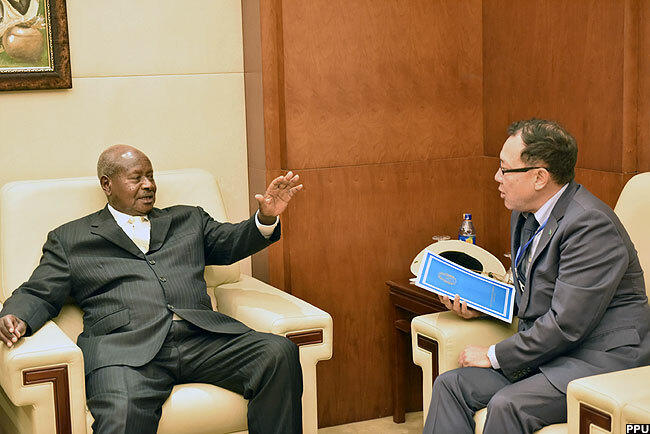 He also renewed his president's invitation to Museveni to attend the Organization of Islamic Conference later this year.

Museveni also had a brief chat with Tanzania's vice president Samia Suluhu shortly after the closed session of the AU assembly. Suluhu was accompanied by the Tanzania minister of foreign affairs Augustine Mahiga. 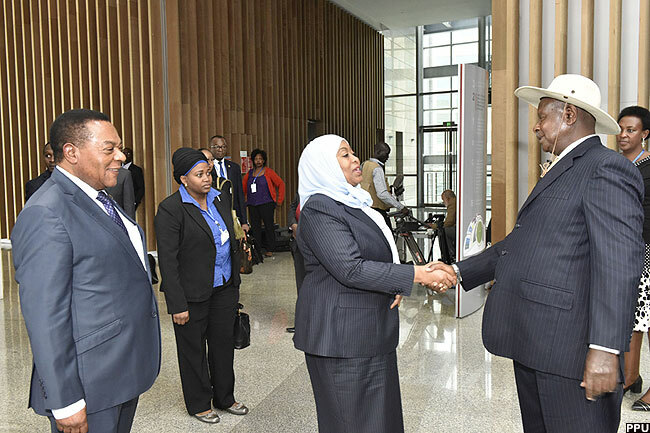 Uganda's permanent secretary of the foreign affairs ministry Patrick Mugoya and the principal private secretary to the president Molly Kamukama attended the meetings.

To see them off at Bole International Airport were the Chief of Protocol of the Ethiopian Government, Esayas Gotta, Ambassador Patrick Mugoya, Uganda's charge d'Affairs in Ethiopia and the African Union ambassador Idule Amoko, and other senior embassy staff in Addis Ababa.

NRM goes to polls to select flagbearers for SIG MPs