Govt to train 300 planners every year

Out of the 157 districts and municipalities, only 30 have approved plans.

Out of the 157 districts and municipalities, only 30 have approved plans.

PIC: Nathan Mubiru, a district planner from Jinja, makes his submission during the 3rd Annual Planners Forum at the office of the prime minister in Kampala. (Credit: Maria Wamala)

Government is to train as many as 300 planners every year for the next four years in a bid to improve the capacity of districts, municipalities and ministries to formulate development plans.

It follows assessments that found that most districts and ministries are unable to prepare plans that fit into the National Development Plan (NDP) that seeks to propel Uganda to upper middle income status by 2040.

Out of the 157 districts and municipalities, only 30 have approved plans while 105 have draft plans and 22 have no plans at all, the state minister for finance planning, David Bahati revealed on Wednesday.

"If you have not finalized your plans and aligned them to NDPII by August, you will not get your release for the second quarter," Bahati said at the 3rd Annual Development Planners' Forum held in Kampala.

Out of the 127 ministries, departments and agencies, only 24 have fully aligned and approved strategic plans and of these 54 have draft plans while 49 have no plans at all.

Senior planners from districts, municipalities, ministries and agencies met for two days in Kampala to identify ways to improve the way they plan and monitor government programmes. 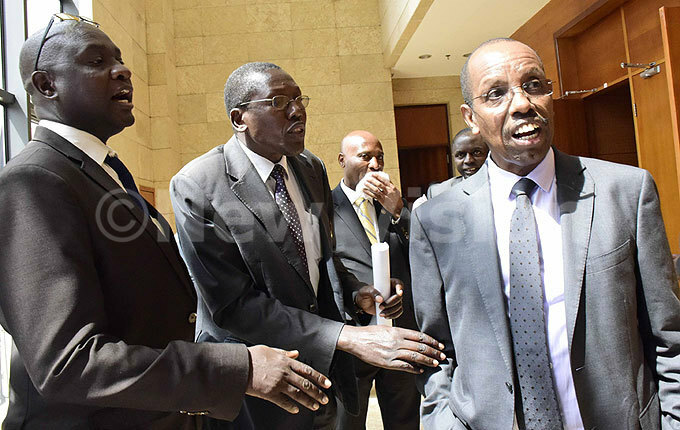 Dr Joseph Muvawala, the executive director of the National Planning Authority noted that most of the work plans from districts, ministries and agencies fall short on the objectives in the national plan.

"Planning is the first step of accountability. If you [planners] get it wrong, the country will fail," said Muvawala, who challenged them to carefully study the country's development plan and vision.

In order to promote development planning as a career, the planners are exploring the possibility of establishing a professional body to regulate their work.

During the forum, the planners complained about inadequate funding, low level of skills and poor working environment.

"The planners you see here don't have a budget. The bottom-top planning model starts in the village level yet there is no budget to move there," lamented Nathan Mubiru, a planner in Jinja district.

Mugurusi Gideon, a planner from Buyende district, said most planning units are heavily underfunded and understaffed.

"We have planning departments with no transport but they are expected to produce these documents. Yet, if you don't do it, the secretary to treasurer issues orders for action against you," he said.

In districts that are hosting large numbers of refugees, the planners appealed to government for special budget coming for refugees.

I will register success when HIV/AIDS stigma is defeated

I will register success when HIV/AIDS stigma is defeated