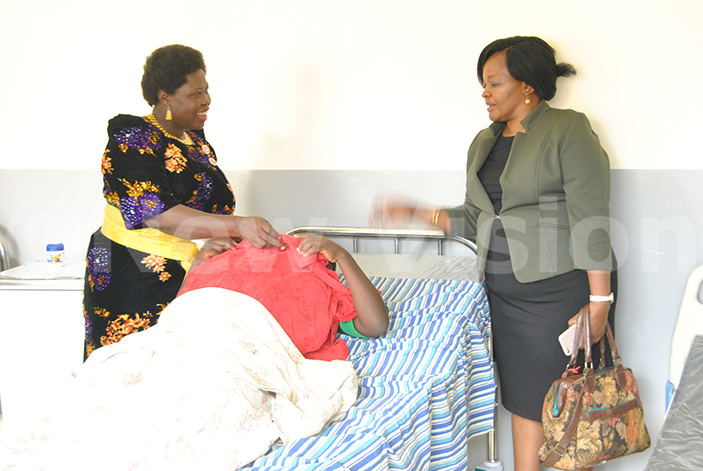 The Uganda Demographic Health Survey (UDHS) report 2016, shows about 25 per cent of adolescent women aged 15-19 years were already mothers or pregnant with their first child.

Teenage pregnancy in Uganda is on the rise and has became one of the biggest evils plaguing the lives of young girls in the country.

The Uganda Demographic Health Survey (UDHS) report 2016, shows about 25 per cent of adolescent women aged 15-19 years were already mothers or pregnant with their first child.

According to Joyce Moriku Kaducu State Minister for Health - Primary Health Care, it is shameful for young girls to continue getting pregnant in this modern era.

"It is shameful for us to talk about teenage pregnancy in the 21st century. Such evil shouldn't be happening now. We need to stand up and end it," Kaducu said.

According to the 2016 UDHS report children born to very young mothers are at increased risk of sickness and death.

The report indicates that adolescent childbearing is more common in rural than in urban areas (27 versus 19 percent, respectively).

She made the remarks, while in Fort Portal where she was presiding over the official handover of shs1.2billion to health facilities in Rwenzori region.

The money was provided by Baylor Uganda, to support implement HIV/AIDS activities in 142 health facilities in the seven districts of Rwenzori region.

"Teenager girls are competing with mothers to give birth. We are losing our girls and future because of this evil," Kaducu said.

She revealed that morals and cultural integrity have gone too and have allowed accommodation of these practices.

Dr Adeodata Kekitinwa, the Managing Director, Baylor Uganda said the vice is killing the future of girls and the nation.

"I get so sad when I talk of teenage pregnancy. The vice is killing the future of the nation. Girls need to be kept in school and helped to be great people in future," Kekitinwa sid.

She called upon leaders to stand against teenage pregnancies which also lead to poverty, HIV/AIDS, high maternal mortality rate among others.

"Religious and cultural leaders should join us in this fight. Let us all ensure safety of our girls. We wouldn't be here being productive if we were eaten up by teenage pregnancy plague," Kekitinwa said.

Stephen Asiimwe, the Kabarole Resident District Commissioner (RDC) noted that teenage pregnancies need to be curbed if Uganda is to achieve its vision of attaining middle income status by 2020.

"We need improved health services and reduction of these vices. We cannot reach middle income status if our people are not health and girls getting pregnant while young," Asiimwe said.

Although there have been reported improvement in education, the challenge of teenage pregnancy remains big and has led to high school dropouts.