This will be my final season - Bolt
Next Story

She Cranes humble Queens of Malawi

The atmosphere at the Lugogo arena was electric

The atmosphere at the Lugogo arena was electric

Give the She Cranes an inch and they will take a mile, is a lesson the queens of Malawi got to learn in their 43-66 loss on Monday afternoon in Kampala.

The heavily charged match was evenly poised from the word go but Uganda managed to pull ahead of the Malawians and led the first quarter by 13-11.

The two point gap became a five point gap in the second quarter with helped steady the nerves that were on show early on.

Malawi's defensive partnership of Joanna Kichilika and Alinafe Kamwala found themselves in trouble and were each sent to the sin bin for two minutes.

Captain Kachilika was the first to sit out her two minutes but goal keeper Alinafe Kamwala followed closely. 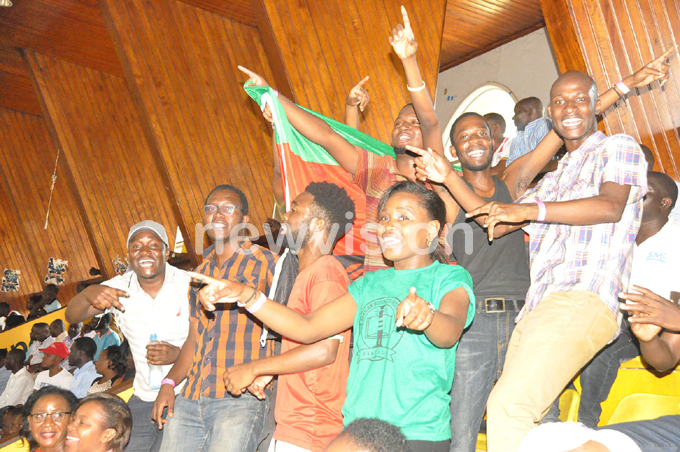 Malawi fans cheered on their team up to the end despite the defeat to Uganda at Lugogo. PHOTO: Michael Nsubuga

While Kachilika toned down her aggression, Kamwala continued and took no heed, she ended up being ordered off by the umpire for her foul play.

The goalkeeper took her time to get off the court but left after a few words from teammates and the coaching staff.

These fouls came at a point when the Cranes went on a scoring spree of which Malawi had no reply.

Uganda then stretched their lead by 21 points leaving the Malawians with all the work to do when they came back in for the final quarter.

For Malawi, all the damage was done in this quarter and losing a player a few minutes to the end of the quarter, left a gaping hole that Peace Proscovia totally exploited.

The atmosphere at the Lugogo arena was electric and that alone put enough pressure on the queens who were heckled whenever they touched the ball.

The fourth quarter was by far Malawi's best quarter even if they were playing with a player short. Joyce Mvula and Thandi Galeta tried to keep their team in the match although it was too little too late.

Mvula was kept quiet by 20 year old goal keeper Stella Nanfuka who has been impeccable since she joined the senior team.

The she cranes have tomorrow off and will come back to the court on Wednesday afternoon against Zimbabwe a side that beat them last year in the diamond challenge.