'Former US president to visit Kidepo'
Next Story

Over 120 million tourists travel to foreign destinations each year.

Over 120 million tourists travel to foreign destinations each year.

PIC: A Chinese tourist has a moment with a giraffe at the Uganda Wildlife Education Centre. Uganda has a lot of attractions that appeal to travelers. (Credit: Solomon Oleny)

President Yoweri Museveni recently amused many when he alluded to the fact that the Uganda Tourism Board (UTB) and tourism ministry were sleeping on the job yet their docket was the easiest to market.

With the vast impressive tourism sites Uganda has, the only thing they need to do is to hold the tourist's hand and lead him/her to the site. Simple. No need for vast resources. Yet UTB and the tourism ministry have not done this, according to Museveni (while gracing the Nile Basin Heads of State Summit at Munyonyo last week).

Well, it seems the days and nights of sleep are over. That is why Uganda missions in China (Uganda Embassy in Beijing and Uganda Consulate in Guangzhou) are organizing a road show in one of China's biggest touristic cities, Hong Kong at end of July. Jointly organized with Uganda Tourism Board, the three-day initiative comes at a time China is emerging among the world's biggest source for outbound travellers. 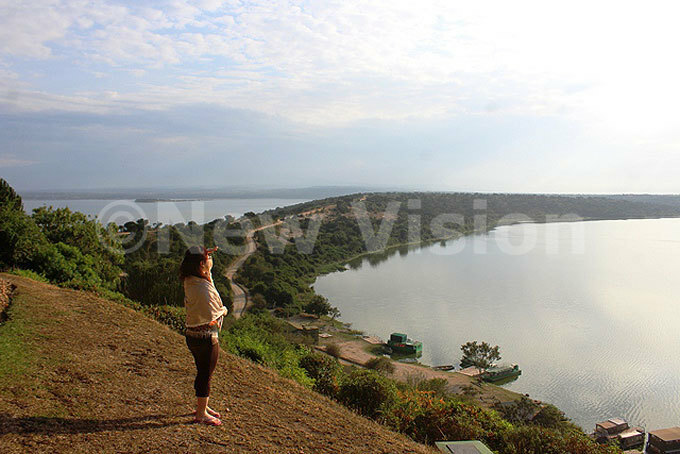 A Chinese tourist takes in the beauty of Queen Elizabeth Park, one of Uganda's premium attractions. (Credit: Solomon Oleny)

China Outbound Tourism Research Institute observes that over 120 million tourists travel to foreign destinations each year. Roughly 10% of these come to Africa but limit their visits to Egypt, South Africa, Kenya and Tanzania. The one thing that these countries share in common is that they have aggressively marketed their destinations to China in the past. Uganda has not.

While Stephen Asiimwe, chief executive director of UTB, blames this setback on inadequate funding by government, the office of the Auditor General discredits it on misappropriation of funds, not underfunding.

According to its 2016-2017 end-of-year report, among the evidences the report bases its findings on is that as of June 30, 2016, UTB had a balance of about sh41m on its NTR Bank account No. 9030011197905 held at Stanbic Bank. As was the case with unspent money in the previous financial year (2014-2015), the balance was neither disclosed in the financial statements nor transferred to the Consolidated Fund, contrary to the requirements of the PFMA, 2015. As per the same report, the board additionally received about sh149m from the Ministry of Tourism, Wildlife and Antiquities, a financial support that was misstated.

Moving forward, Asiimwe reassures that things will be done differently this year. To this effect, they have started organizing familiarization trips around Uganda's tourism attractions for Chinese tour operators.

"The move is intended to enable them sell Uganda from a fully informed point of view. 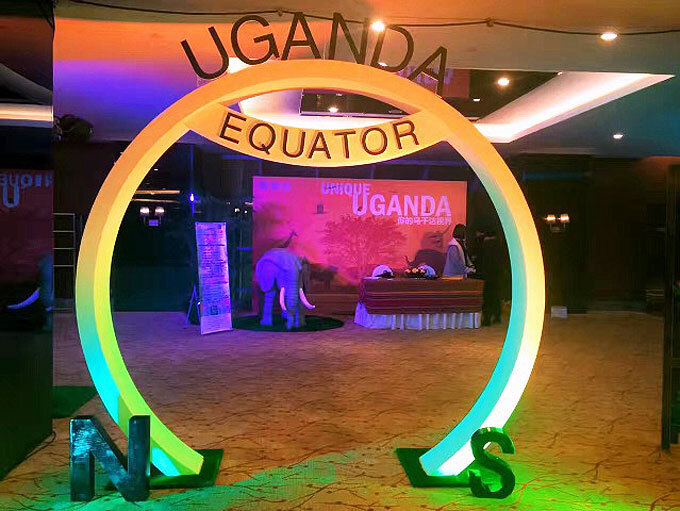 The Equator was one of the attractions Uganda's Consulate exhibited during the road show in Beijing earlier this year. (Credit: Laura Kahuga)

"Prime focus is on companies that have specialized in promoting destination Africa, as was the case with a nine-man group of Chinese delegates who visited the country two weeks back," says Asiimwe.

According to Safi Ali, UTB's marketing official in charge of promoting Uganda to Asia, the team mostly comprises of managing directors from some of China's most authoritative travel agencies and travel media.

What can be done to attract more Chinese tourists

Fu Gao was the head of the team. Asked what he thinks can be done to make Uganda more inviting to the Chinese niche, he strongly recommends the rehabilitation of roads leading to Uganda's premium parks, starting with Bwindi Impenetrable National Park. His proposition follows Rwanda's increased rates for gorilla tracking from $750 to $1,500. This move is based on its (Rwanda's) rebranding as a high-end destination.

Gao observes that while this twist of events favours the growth of Uganda's tourism, it might not change much as accessibility to Bwindi is tricky. In contrast, Rwanda's Volcanoes National Park is just a two-hour drive from Kigali International Airport. 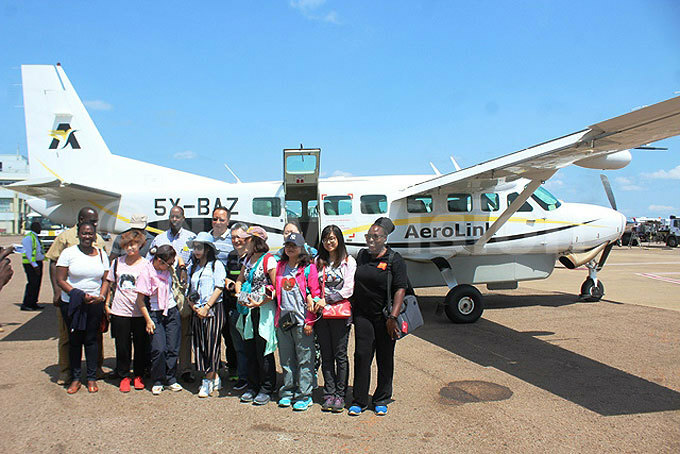 UTB and Uganda Embassy staff pose for a team photo at Entebbe Airport with the Chinese delegation ahead of their familiarization tour around Uganda early June. (Credit; Solomon Oleny)

On the other hand, Ji Ling recommends the establishment of hotels specializing in Chinese hospitality in the Uganda's game parks. At the moment, none of Uganda's parks has a facility in this regard.

In regards to marketing Uganda to the Chinese, the Hong Kong road show is expected to attract over 300 tour operators as Uganda has a rich concentration of products that appeal to this niche, especially primates and cultural attractions.

A road show is a form of destination marketing in which travel organizations travel from city to city, exhibiting their products at strategic locations with a good concentration of their target niche.

Solomon Rutega, Consul General of Ugandan Consulate General in Guangzhou, explains that their preference for this method of marketing is inspired by the success of previous shows they have held in some of China's major cities since October last year. These include Guangzhou, Beijing and Shanghai. The shows attracted over 100 tour operators each.

Compared to other source markets especially US and UK, China's travel market mostly comprises of budget travellers. When selecting hospitality facilities such as hotels and safari companies, they tend to go for the most affordable options.

"However when it comes to shopping local products, they spend extravagantly as they hold strong attachments to souvenirs and gifts," says Nelson Rukuuta, the First Secretary of Uganda's Embassy to China.

Rukuuta delights that this translates into immense opportunities that directly empower locals and communities thus reducing on their dependency on vices that are crippling the sector, such as poaching."