Elgon Cup: All to fight for in Nairobi
Next Story

The second leg of the Elgon Cup acted as the opener for the two rival neighbours' Rugby Africa campaign.

The second leg of the Elgon Cup acted as the opener for the two rival neighbours' Rugby Africa campaign.

Secong leg action between Uganda and Kenya in Nairobi on Saturday. (Credit: Johnson Were)

Although the Rugby Cranes' 33-33 second leg draw with Kenya in Nairobi was not enough to reclaim the Elgon Cup title, it was good enough to earn Uganda two points as it starts its Rugby Africa Gold Cup campaign.

The Rugby Africa Gold Cup is the top-tier event of the 2017 Rugby Africa season and here, Uganda is pitted with Kenya, Namibia, Senegal, Tunisia and Zimbabwe.

These will compete on a round-robin basis from June to August this year.

The second leg of the Elgon Cup acted as the opener for the two rival neighbours' Rugby Africa campaign. And although Kenya took the Elgon Cup title after Saturday's action, having beaten the Cranes 23-18 in Kampala in the first leg, it was not all lost for the Ugandans. The result also meant two points secured so far in the Gold Cup. 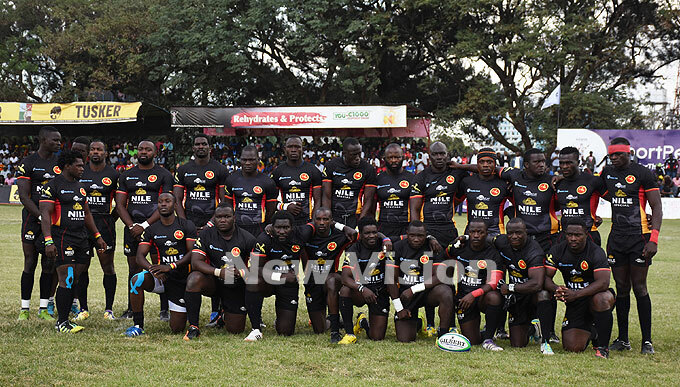 Philip Wokorach was on form as he scored all the penalties and conversions for the visitors but a penalty-try in the last minutes broke down the Cranes who had done well to keep both the Kenya bench and Uganda on pressure.

Wokorach gave Uganda an early 3-0 lead through a penalty before Charles Uhuru added a try. A conversion by Wokorach stretched the visitors' lead to 10-0 lead in the 12th minute of the first half of the two-nation competition (Elgon Cup).

But Kenya replied with a penalty courtesy of Darwin Mukidza and a try by Jacob Ojee reduced their deficit to 10-8 to effectively restore belief in the home side.

The hosts took a leap with yet another try and at this point led 13-10. The Cranes replied with a penalty by Wokorach to level matters at 13-13 before Simbas' Mukidza put the Kenyans back in front 16-13 at half time.

The home side returned set on piling pressure on Uganda but the visitors charged right back and scored a try through Brian Asaba and later a conversion by Wokorach to reclaim their lead at 20-16.

Again, it was ping-pong stuff. The Simbas roared back with a try by Jacob Ojee and a Mukidza conversion and penalty to give Kenya a 26-20 lead. 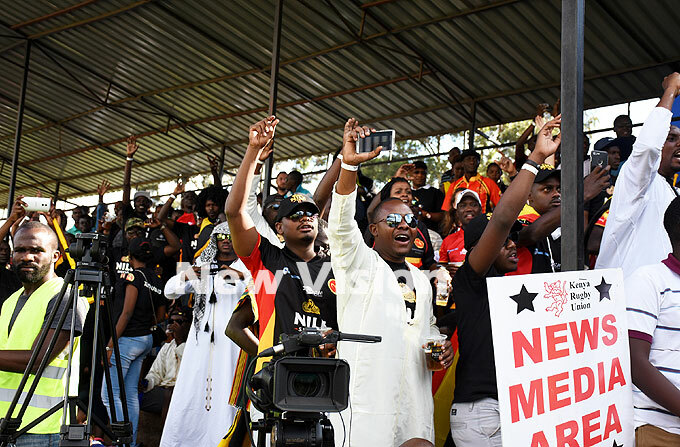 The Ugandan fans were in full voice. (Credit: Johnson Were)

Uganda's Wokorach added two penalties to level the scoreline at 26-26 before Michael Wokorach added a try and namesake Philip a conversion to put Uganda on course to victory with a 33-26 advantage.

With five minutes left on the clock, Kenya were awarded a penalty try and Mukidza stepped up to the occasion to level the score.

"Yes this was our game but again Kenya has survived. We are going back on the drawing board to correct a few things before we face Senegal," said Cranes coach Robert Sseguya.

Head coach John Duncan said: "Yes as the coaching bench we may not be happy with the results but the boys played their best and I am impressed."

Philip Wokorach was voted man of the match for the second successive year.

Focus turns to the Rugby Africa Gold Cup where Uganda will next meet Senegal in Dakar on July 1.