Keisuke will preside over a youth activation tournament in Kamwokya

Keisuke will preside over a youth activation tournament in Kamwokya

United Nations Foundation Global Advocate for Youth, Keisuke Honda is in the country to promote youth talent and is also looking at possibilities of establishing a soccer academy in the country in future.

Accompanied by a delegation from the United Nations Foundation (UNF), Keisuke who also plays for Italian Serie A side AC Milan touched down at Entebbe Airport at 3pm.

During his three-day visit, he will host and attend to a series of events that will engage key stakeholders in the promotion of sports for youth in Uganda, including a visit to the Ministry Of Education and Sports to discuss possible collaborations with the government and sports regulatory bodies.

Addressing a press conference later at the Serena Hotel, Kaisuke said after doing some research on Uganda, he was also interested in establishing an academy in the country and that he was looking for partners to start the project.

He also invited former Italian Clubs AC Milan and Pescara to help him during his visit in the country. 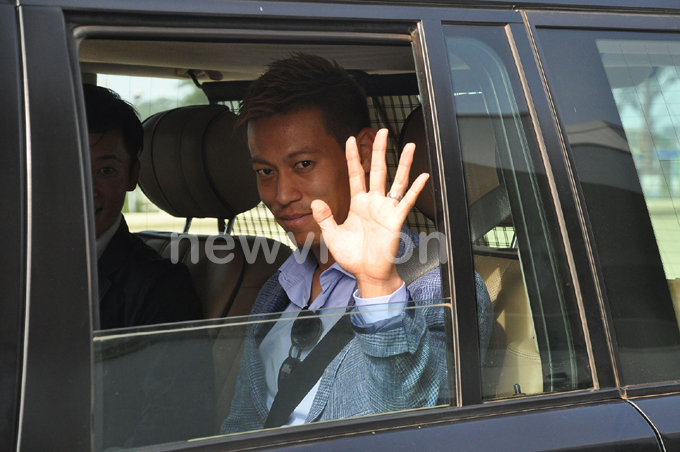 "When we find a suitable partner we shall embark on establishing an academy here though we are not rushing into it," Kaisuke who is currently a free agent said.

"Soccer has given me a platform to reach and engage the youth worldwide in a conversation that can help them shape their future. I'm honoured to be able to play a part in helping to tackle global issues and create a better world," Kaisuke said.

Gloria Roh the United Nations Foundation Communications Associate Gloria Roh said Honda was named a UNF Global Advocate for Youth in June last year in honour of the philanthropic work that he does through Honda Estilo, which provides hope and dreams through sports, for over 3,500 students in 60 schools worldwide.

"As a global advocate for youth, Honda focuses on mobilizing action to address the numerous challenges that young people face and ensuring that their drive, ideas and energy are part of finding and implementing solutions to global problems," Roh stated.

Keisuke will preside over a youth activation tournament in Kamwokya Kampala on Saturday as part of the activity.