Why recognising artistes as national heroe...
Next Story 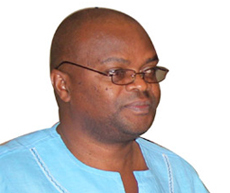 The African Commission on Human and Peoples Rights (ACHPR) passed Resolution 372 in late May at its 60th Ordinary Session in Niamey Niger. Sacred natural sites are recognised internationally as one of the oldest forms of culture-based conservation, defined as "areas of land or water having special spiritual significance to peoples and communities". These sites, and, therefore, human rights, are under threat globally from the expansion of the extractive industries.

States, businesses and civil society must recognise and protect Africa's sacred natural sites and territories in order to guarantee the human rights of her people and especially the rights of indigenous peoples, says Africa's largest human rights institution in a newly passed resolution.

The resolution's successful passage is a cause for celebration amongst the thousands of custodians of sacred natural sites and territories across Africa, civil society groups and African Commissioners alike. It marks a new chapter in Africa's acknowledgement of these critical sites, ancestral lands and the traditions that have protected them for generations.

Stating its concern around "the continued growth of environmentally damaging industrial activity", the resolution urges states, business and civil society groups to "recognise and respect the intrinsic value of sacred natural sites." This is emphasised by a recent report from the African Commission and IWGIA, highlighting the impact of the extractive industries on indigenous peoples across Africa.

In an important step towards the decolonisation of African law and conservation practices, the resolution also recognises the strong existing role indigenous custodian communities are playing in caring for and protecting sacred natural sites and ancestral lands. The commission calls for the support and protection of these communities' rights, practices and governance systems.

Custodian communities played a central role in the creation of Resolution 372 through a joint statement featured in 'A Call for Legal Recognition of Sacred Natural Sites and Territories, and their Customary Governance Systems'1. The ACHPR drew on this report in drafting the resolution. Whilst the resolution does not meet all the recommendations in the report, it does mark a positive step forward, and the Commission has shown enthusiasm and eagerness to work with civil society and custodians in enhancing and furthering this protection.

"Sacred sites and our rituals keep the land and the local climate in balance.  Without them everyone suffers. This resolution will help us in our work to remind people of our responsibility to protect life for the next generation", says Kagole Margaret Byarufu, a sacred natural site custodian from Buliisa, Uganda, who helped develop 'A Call for Legal Recognition of Sacred Natural Sites and Territories, and their Customary Governance Systems'.

"The WGIP [Working Group on Indigenous Populations] is happy to have worked on this landmark Resolution and be at the vanguard of indigenous peoples' rights in Africa", says ACHPR Commissioner Soyata Maiga.

"Working with the African Commission and other regional bodies is essential in challenging industrial interests and standing up for Mother Earth, indigenous rights and future generations. I have been very encouraged by the Commissioners' commitment in the face of the escalating pressures on our continent", says Sulemana Abudulai, Chair of the African Biodiversity Network.

"This is a huge achievement. Africa has a strong tradition of Sacred Natural Site conservation and it is part of our ongoing efforts to decolonise the law and conservation that makes this event so important for the whole continent", says Nigel Crawhall, Director of the Secretariat for the Indigenous Peoples of Africa Coordinating Committee.

African Commission Resolution 372 comes at a vital moment. Sacred natural sites and territories, and thereby human rights, are coming under threat due to the rapid growth of environmentally damaging industrial developments, which can cause irreparable damage to land and culture.

"The gist of the resolution is that there can be no human development without the consent of people who are affected by the various ventures that pass as industrialisation, through extractive industries and other development interventions that have hitherto ignored the communities directly affected by their actions. By extension, the resolution reminds us that it is now high time to recognise that ignoring indigenous and traditional communities and violating their rights constitutes a crime", says MelakouTegegn, Expert Member of the African Commission WGIP.

"Indigenous peoples are facing increasing violation of their ancestral lands in the scramble for Africa's rich natural heritage.  The current dominant legal system legitimises the plundering of the planet. In this landmark resolution, the African Commission opens a space for affirming plurilegal systems, which recognise the Earth as the primary source of law. The Commission positions itself with other progressive initiatives to transform the dominant industrial jurisprudence and recognize indigenous rights and Nature's rights", says Liz Hosken, Director of The Gaia Foundation.

A recent report by the African Commission's Working Group on Indigenous Peoples highlights how extractive industries like mining are pushing Africa's indigenous peoples to the margins and invading ancestral lands and previously protected areas.2 Oil and gas activities alone are compromising almost 30% of Africa's protected areas, according to the UN Environment Programme.

"That this topic and then resolution have been met with such enthusiasm by the African Commission and its working groups attests to both its importance and the ambition of the Commission itself", says Joseph Lambert, Researcher and Legal Support Officer of The Gaia Foundation.

Relatedly, the National Association Of Professional Environmentalists (NAPE), has been working  on  a  programme on strengthening community ecological Governance systems, especially with  Bunyoro communities along Lake Albert  in Western Uganda, to advocate for recognition and protection of Sacred Natural Sites as a way to address the impacts of climate change. The programme is part of  bigger global efforts by governments, civil society organisations and cultural leaders to influence  policies and laws  for critical recognition and protection  of these places, if meaningful conservation of  environment, food, fisheries and marine is to be  realised.

NAPE, here in Uganda has worked closely with the Uganda Human Rights Commission,including participating and launching the report titled ; 'A Call for Legal Recognition of Sacred Natural Sites and Territories, and their Customary Governance Systems'. with the Commission in May,2016 in Kampala.

In response to this report, the African commission on human and Peoples rights in may 2017 passed a resolution recognising Sacred Natural Sites and Territories

NAPE thinks this is a great milestone. "The passing of the resolution is a great success to NAPE and its partners  plus efforts  for the Custodians of Sacred Natural Sites and all communities in Uganda who treasure their  traditional cultures in conservation of their food, land and Ecosystems.'' These sacred natural sites propel water provisioning, food security, climate resilience which are globally recogonised as International Public Goods (IPGS.