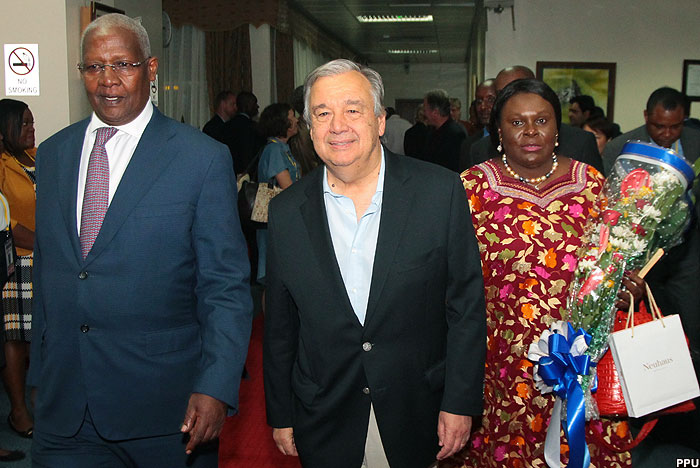 KAMPALA - The UN Secretary-General António Guterres is in Uganda for the solidarity conference on refugees.

The conference seeks to raise as much as US$8bn towards mitigating humanitarian and development challenges arising out of the increasing refugee influx into Uganda.

Uganda is now host to some 1.3 million refugees.

Two days ago, when the world marked World Refugee Day (June 20), the UN chief said refugee protection is an obligation under international law and not just a matter of solidarity or generosity.

As many as 950,000 refugees have crossed into Uganda from neighbouring South Sudan since the start of the conflict in the world's newest country in December 2013.

Guterres has said this statistic is three times higher than the number of refugees that crossed the Mediterranean Sea into Europe last year, adding that Uganda not only provides protection but land for the refugees.

The Portuguese, who is the ninth Secretary-General of the UN having succeeded Ban Ki-moon, was received by Uganda's foreign affairs minister Sam Kutesa on Wednesday. 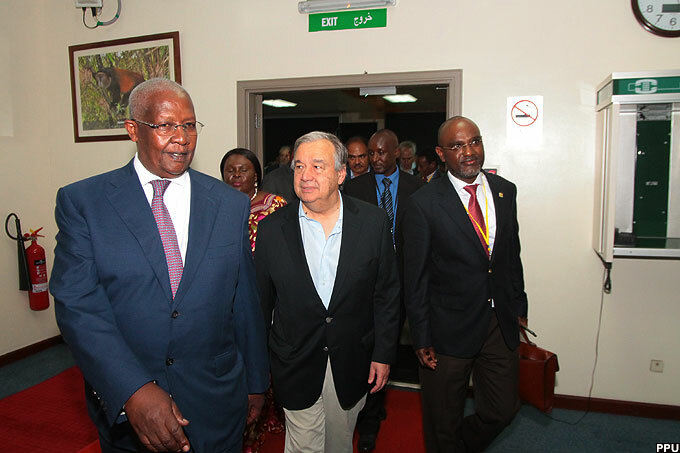 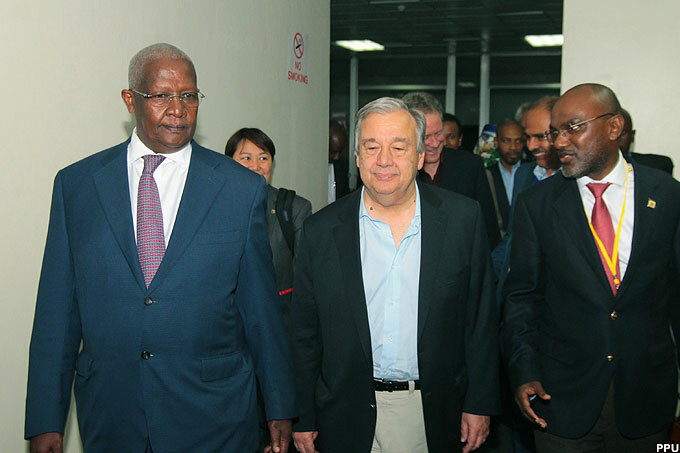 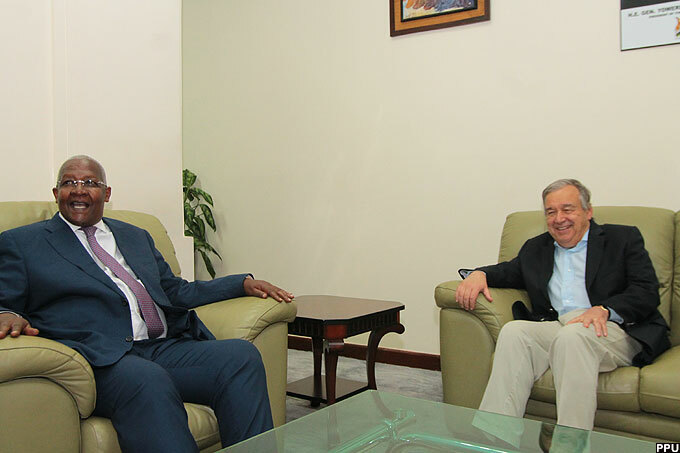 UN chief Guterres has been vocal on the need to protect refugees. Here are some of his latest tweets on that:

'Refugees who have fled war and persecution deserve and are legally entitled to our protection and support.'

'Protection of refugees is not only an act of generosity; it is an obligation under international law.'

'Don't stop the refugees; stop the wars that produce them.'

Don't stop the refugees; stop the wars that produce them. #WithRefugees pic.twitter.com/XfrzZiG6fr