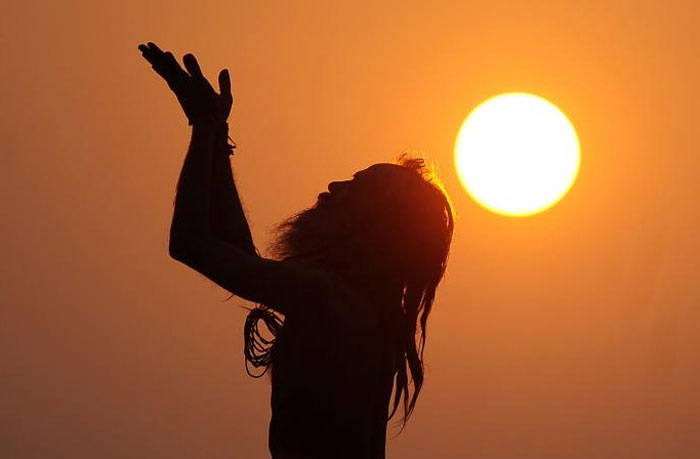 A 2014 unanimous decision by the United Nations saw today, the 21st of June declared International Day of Yoga.

This day according to the UN was aimed at calling attention to the benefits of practicing yoga. True to their goal, this year's theme for the 2017 celebration is Yoga for Health.

In a statement, the UN said that in choosing this theme, they are looking to highlight the fact that yoga is holistic approach to achieving a mind and body equilibrium.

In Uganda, the celebrations are off to a good start as the Isha Foundation, a world re-known yoga foundation, in conjunction with the Indian High Commission, has organized a lot of events. Beyond the normal yoga activities that will be organized in Kampala and neighboring districts, they have flown in Netherlands based yoga expert Dennis Super especially for the workshops.

The concept of Yoga

To understand Yoga, Jaggi Vasudev, better known as Sadhuguru, defines Yoga as the exploration of the very mechanics of life. "It predates all religion and opened the possibility of raising a human being beyond limitations set by nature, if willing to strive," the multi award winning yoga master says. He argues that making the science of Yoga available in the purest form is the responsibility of this generation. "This science of inner development, wellbeing and liberation is the greatest gift for future generations," he articulates.

In this year's Yoga day celebrations, Sadhugru advises that wellbeing be turned inward. "Human wellbeing will not happen unless one turns inward, because human experience is created from within," he explains. "Your joy, your misery, your agony or your ecstasy always happens within you. Fundamentally, the seat of your experience is within you." He says that once one realizes this, yoga becomes very relevant, as b it employs technologies for inner wellbeing and uses tools self-transformation.

Indeed, though explored by few here in Uganda, the ones who do will attest to an inner peace that knows no bounds. Edna Buyinza, a social worker at Mulago Hospital, is one such person: "It easy to leave life with that inner peace, instead of trying to understand complicated things," she speaks of Yoga, a thing that liberated her. "I think I am more at peace with what happens, and believe that only I can steer my life to where I want it to go."

Joel Dangi, a fitness instructor better known as Fit Joe, says that Yoga is the one routine that can get a person both physically and mentally healthy. "You see the Yoga routines come from far deep within the individual and cannot be feigned," Dangi who runs the Fitness Home in Kabalaga says.  "For example, you don't just cast your arm out, you take time, build the strength from within, controlling your breathing, letting your mind take control, then your heart." He says that with every change in position comes a communication with the entire body, a union of sorts that calms the person.

Before taking any aerobics, Cynthia Twinamasiko, an aerobics expert with Gym and Dance class also in Kabalagala, says that she encourages her clients to do both Yoga and aerobics. "I have learnt that with Yoga, a lot of body toning and firming is done through all the stretching," she says. "I also learn how to first of all balance my body and achieve maximum levels of body flexibility and breathe control." Breath control she says, is very important for her aerobics routines and encourages many people to learn a few yoga-inhaling routines.

And Dangi couldn't agree more with Twinamasiko, he says that Yoga postures help with improving one's strength and flexibility. "You could start calm, sitting with legs folded inwards, that does a lot for the thighs," he explains. "But it also helps aches in the joints as a result of less movement."

The position he says could help stretch out on the flow and balance on one's midriff, a much needed exercise. "This is all the balance exercise you would need but could be relaxing," he says.   "You see, it might not be vigorous, but He the level of body toning and ‘mind' healing that it yields, cannot quite be ignored."

In a video that was shown at the Kampala International School (KISU) where last year's Yoga day celebrations were held, business man Dr. Sudhir Ruparelia told of a peace he too felt. "Seeing so many people from different backgrounds and nationalities all practicing yoga together made me feel peace, harmony and a great sense of unity," he said.